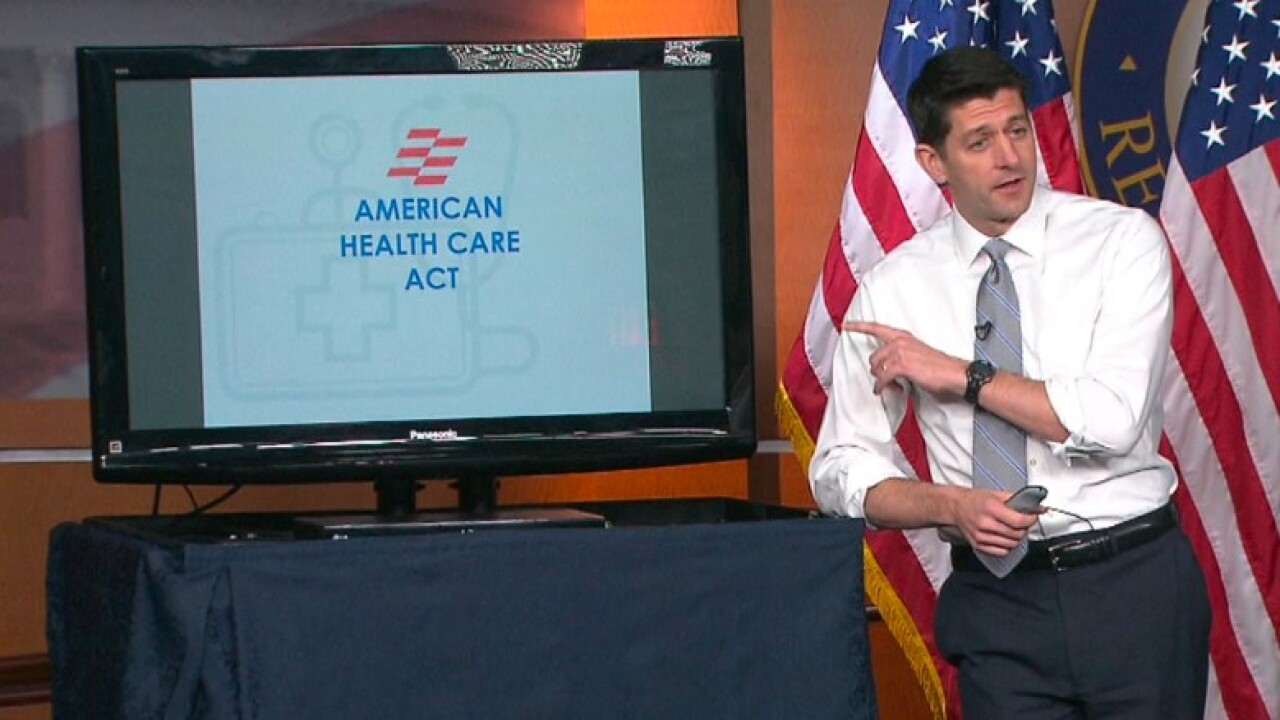 One of the nation’s most influential domestic policy groups said Thursday that the health care bill making its way through Congress would put the cost of insurance far out of reach for many more Americans.

“This will make health care less secure and less affordable,” said Nancy LeaMond, AARP’s executive vice president. “No one believes the current health care system is perfect, but the American Health Care Act is not the answer.”

The AARP, which supported Obamacare, sent a critical letter to Congress on Tuesday (PDF). Among other issues, the group does not like the part of the bill that changes the ratio for what insurance companies can charge customers based on age.

Under Obamacare, insurance companies can charge up to three times more for someone older — and more likely sicker — compared with their younger, and presumably healthier, counterparts.

The new legislation would allow insurers to charge older customers up to five times as much as younger customers. The bill gives states the latitude to change that ratio, so states like Vermont, which has a 1 to 1 age rating, can keep their arrangements.

An AARP analysis (PDF) says that if you are younger, you may pay less, but if you are older and get your insurance on the individual market, you could be spending a lot more.

For example, for a 55-year-old making $25,000 a year, premiums could go up to $3,600. Currently, a nonsmoker in Atlanta who bought a moderate plan called a silver plan would spend $1,700 per year for premiums. That’s about 7% of household income, compared with 14% under the new legislation, according to the analysis.

For a 64-year-old, it would get even more expensive. For someone making $25,000 a year, premiums could go up to $7,000 a year, according to the AARP’s analysis. Currently, a nonsmoker living in Phoenix who bought a silver plan is spending $1,700 per year for premiums. That’s nearly 7% of income with current subsidies and age ratios, compared with 28%, according to this analysis.

And for a 64-year-old whose take-home pay was even less, health insurance would become significantly more expensive, according to the AARP analysis. A 64-year-old who makes $15,000 a year and buys a policy on the individual market would probably spend $8,400 on premiums a year: more than 56% of their income.

These are “increases the American people cannot afford,” LeaMond said.

And although the new legislation would not include a return to the pre-Obamacare days when companies could refuse to sell a policy if a person had a pre-existing condition, an insurance company could charge that person 30% more if they have a two-month gap in coverage. That means older adults could be spending even more than the AARP analysis says.

The costs could be even higher for older people in regions such as California’s Bay Area, where the cost of living is higher. The new legislation would give Americans a flat amount for subsidies to buy coverage based on their age, as opposed to their income and the cost of insurance in their area, as with Obamacare.

The idea behind the change in age ratio is to entice more young people into the insurance market, GOP lawmakers say. With younger and likely healthier people in the market, the cost of insurance for everyone should go down, but the AARP doesn’t think that will happen. Its models show the change in price probably would not encourage young people to buy insurance.

A separate analysis by S&P Global also suggests that premiums would significantly increase for older people, driving many of them out of the market. The report estimates that up to 10 million people could lose their coverage under the new legislation.

The AARP said it has other concerns about the legislation, such as weakened Medicare and Medicaid and a tax break for drug companies.

“Drug companies and special interests get a sweetheart deal” in the plan, LeaMond said, yet the legislation does nothing to lower the cost of prescription drugs. The Trump administration has said lower drug prices would be a legislative priority.

The nation’s leading hospital and doctors’ groups also spoke against the bill. The American Medical Association wrote (PDF) in a letter to House committee leaders that it could not support the bill because of the “expected decline in health insurance coverage and the potential harm it would cause to vulnerable patient populations.” The American Hospital Association and the Federation of American Hospitals also oppose the measure.

At least one group, the Association of Mature American Citizens, a conservative group founded by a former insurance agency owner, praised the legislation as a great “first step” in the efforts to repeal Obamacare and said the legislation will “put the power of health care choices back into the hands of patients.” It praised the bill’s expansion of health savings accounts and the repeal of the individual mandate, which requires all Americans to get insurance.

Although the GOP has vowed to get the legislation through Congress quickly, whether Americans will like it is uncertain. Polls have showed that most Americans think lowering what individuals pay for health care should be a “top priority” for Congress and President Trump, according to the Kaiser Foundation. The majority, 61%, thought lowering the cost of prescription drugs should be a priority as well.

The Trump administration said it supports the bill. On Wednesday, White House spokesman Sean Spicer shrugged off any opposition from the medical establishment.

“We would love to have every group on board,” Spicer said. “This isn’t about figuring out how many special interests in Washington we can get paid off. It’s about making sure that patients get the best deal that lowers prices and brings back cost.”