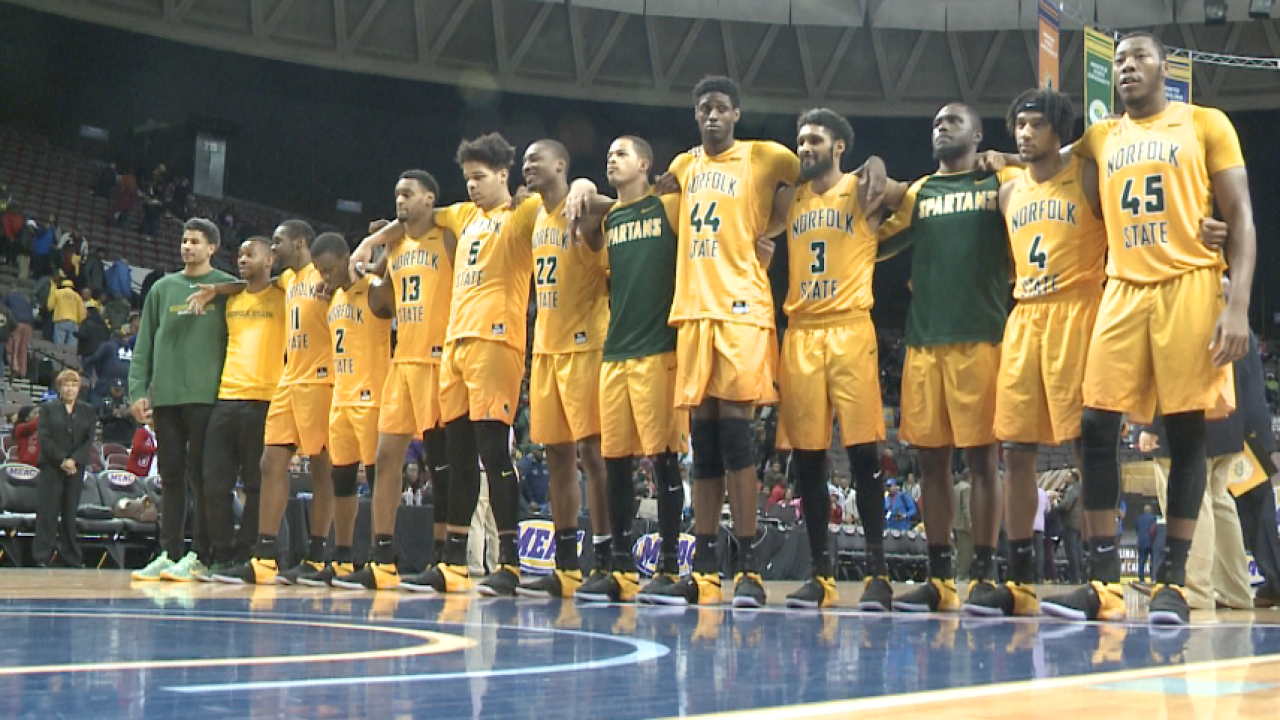 The men will play Saturday at 1 p.m. for the MEAC Championship.

The men will play Saturday at 1 p.m. for the MEAC Championship.

NORFOLK, Va. – Howard came into Friday’s semifinal with plenty of confidence after two straight upsets in the 2017 MEAC Tournament. The No. 2 seed Norfolk State men’s basketball team decided enough was enough on Friday night in the semifinal round.

The Spartans weathered a first-half storm from the No. 11 seed Bison and then pulled away in the second period for a 68-53 victory at Scope Arena. NSU advanced to play No. 1 seed North Carolina Central on Saturday at 1 p.m. in a live broadcast on ESPN2.

NSU broke through after falling in the semifinals each of the last three years. The Spartans will play in the championship game for the third time in their MEAC history, joining the 2009 squad and the championship team of 2012.

Senior Jonathan Wade scored 17 points on 7-of-10 shooting with seven rebounds to lead Norfolk State (17-15). The Spartans held Howard to 24 percent shooting in the second half and 31 percent overall after outscoring the Bison 40-23 after halftime.

Junior Zaynah Robinson added 16 points, while junior Jordan Butler totaled 10 points and 10 rebounds with three blocks for his third double-double of the season. He along with junior Dan Robinson, who grabbed a career-high nine rebounds, helped the Spartans to a 52-35 edge on the glass…