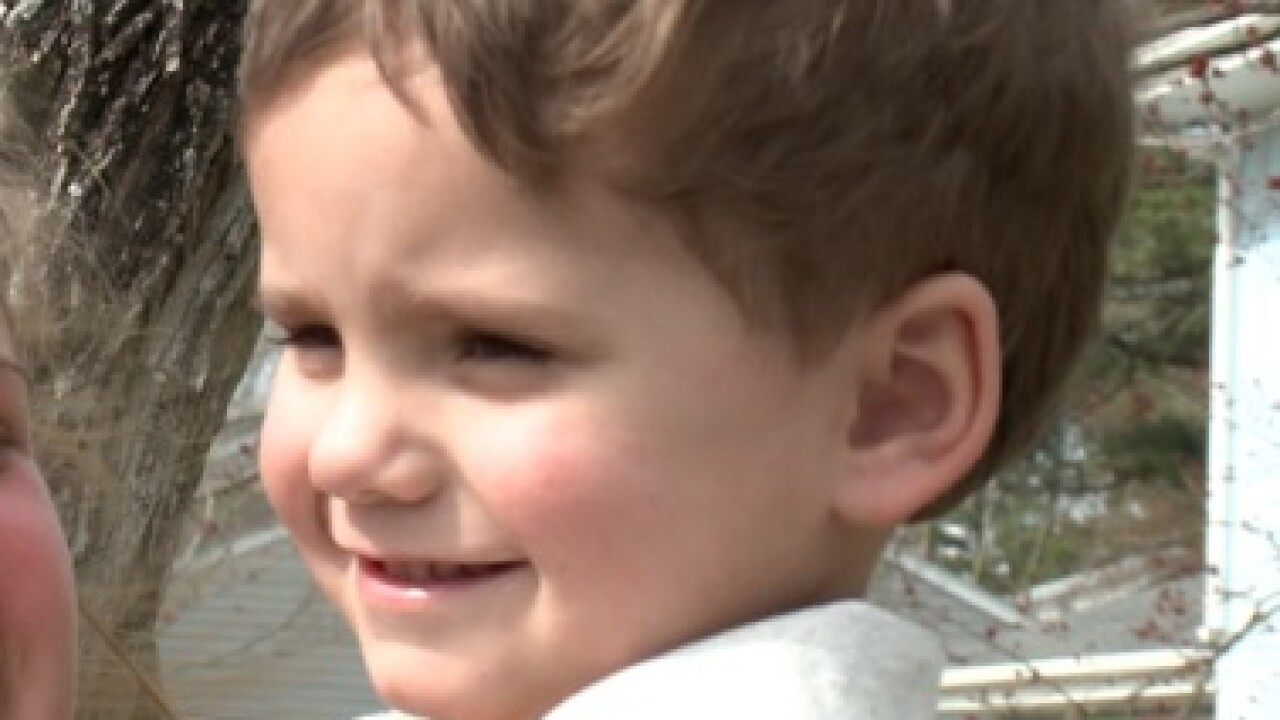 Jaxon Lopez helped to bring attention to a neighbor on February 4 when she had fallen and hit her head.

It all started when Jaxon’s mother Kelsea Spouse came to his grandmother’s house to pick him up.

At one point, she moved a large basket of clothes out to her car and Jaxon followed her outside.

Sprouse says she heard Jaxon say something that might have saved his neighbors life: “help, help.”

She thought maybe he was repeating something he heard earlier, but before she knew it, he was running to the next door neighbor’s yard.

Sprouse said, ‘Does somebody need help?’ She faintly heard the neighbor respond, who was in the middle of her garage, on the ground, bleeding.

As she called 911, Sprouse says she told Jaxon to run next door to his grandmother, Danette Lopez, “Ganny,” to tell her the neighbor needed help.

Lopez says her neighbor was sick earlier in the week and woke up not feeling well. She tried to get downstairs to get help, but fell in the kitchen and hit her head. She was able to make her way to the garage to yell.

She was taken to the hospital but has since recovered and is back to work.

Jaxon’s mom said it might have been Jaxon’s love for PAW Patrol that gave him the “rescue” mindset.

On Friday a spokesperson said Jaxon and his family would be seeing PAW Patrol in Washington D.C. to celebrate his heroic act, courtesy of Spin Master and Nickelodeon.