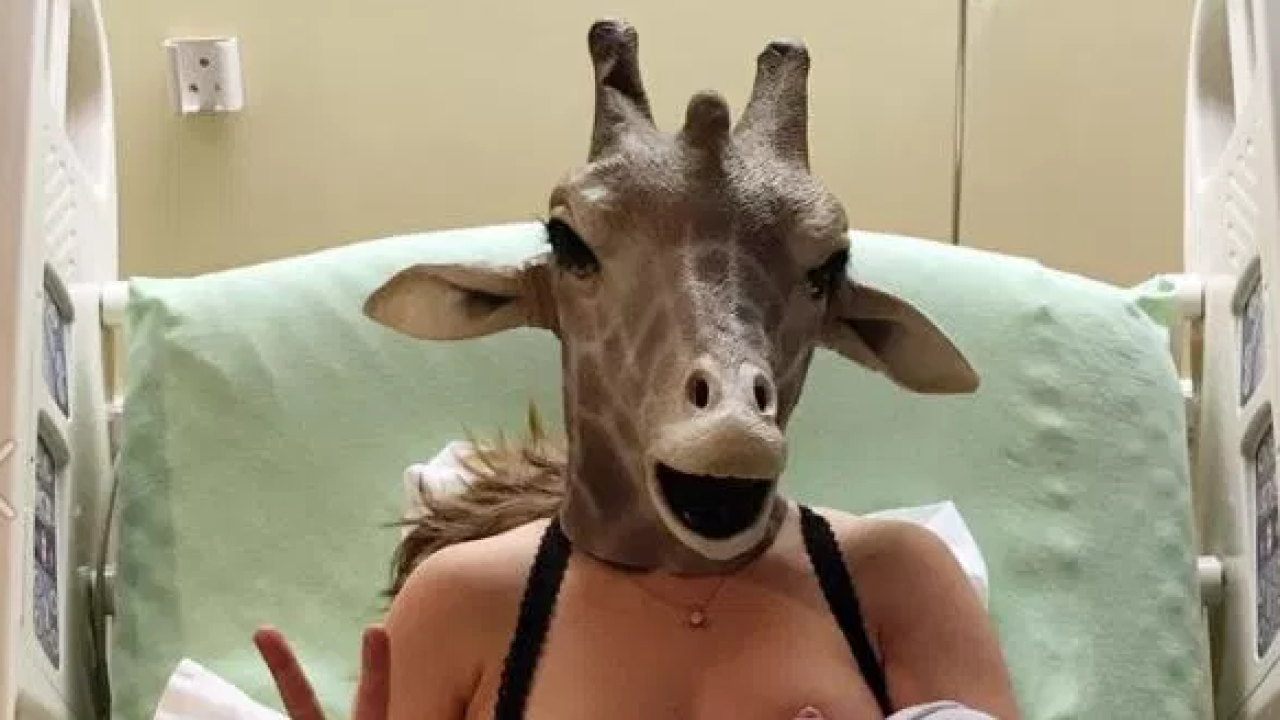 MYRTLE BEACH, S.C. — It’s a boy! Erin Dietrich who live streamed her impression of April the giraffe on social media, is a mom herself once again.

According to a post on her Facebook page, Erin and her husband, Scott, welcomed their son, Porter Lane, at 6:11 p.m. Wednesday. “He’s here!! He is perfect, healthy and just beautiful,” the post stated.

On Sunday night, Dietrich streamed live on Facebook as she paced about her bedroom, wearing a giraffe mask which had viewers glued to their screens.

A few hours later, Dietrich posted an update on her Facebook page welcoming their son while she wore the iconic giraffe mask. “Our hearts are overflowing,” Dietrich wrote in the post. “Thank you so much for ALL the love and prayers! XOXO.”