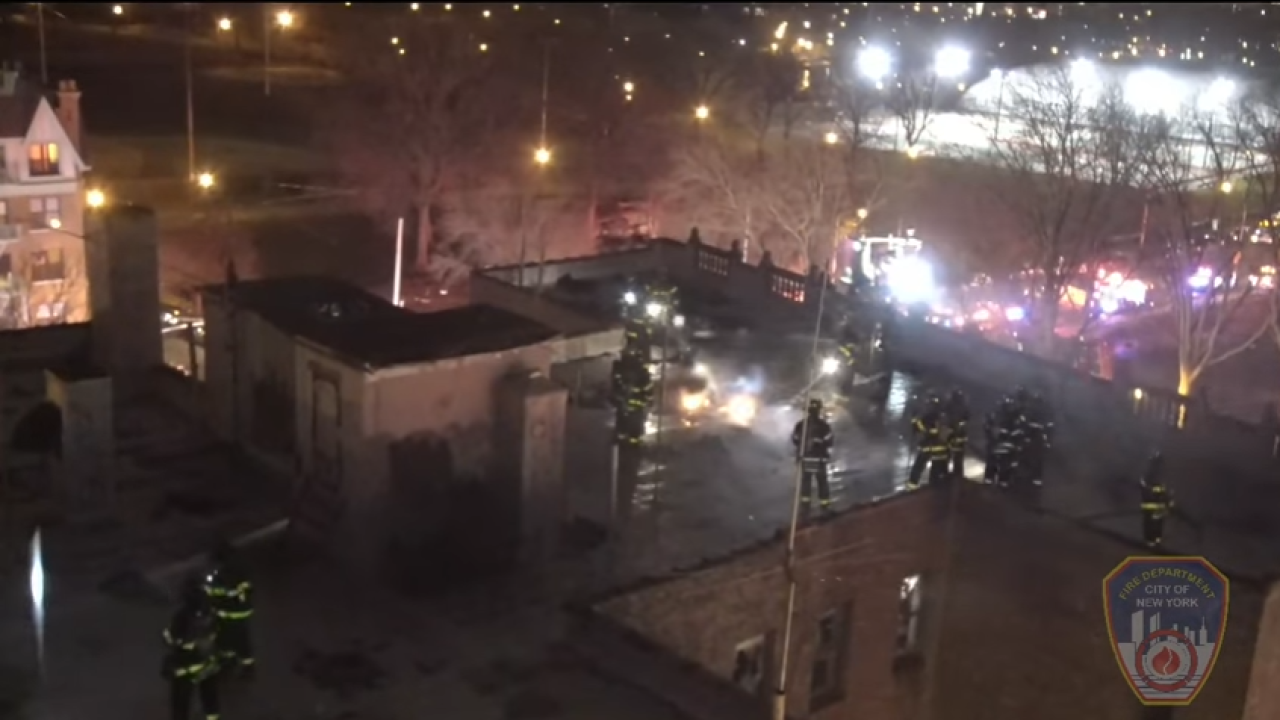 A drone used during a Monday night fire in a Bronx apartment may have helped save lives, FDNY says.

The FDNY deployed a drone for the first time as a fire ripped through an apartment in Crotona Park.

According to FDNY, the $85,000 tethered drone weighs eight pounds and has both HD and infrared cameras. This allows the drone to transmit images of the fire to the Chief in charge of the incident.

In this case, using the drone helped determine where it was too dangerous for firefighters to go and where people needed help.

“We deployed the drone for the first time in support of a 4th alarm fire in the Bronx,” says FDNY Director of FDNY Operations Center, Timothy Herlocker. “We were able to get a good view of the roof, which allowed the Incident Commander on the ground to view the Firefighters as they were conducting roof operations, venting the roof and putting water on the fire.”

FDNY Chief Dan Donoghue said he believes drone technology will make a big difference in how they battle fires.

“This fire was helped by our drone, said Deputy Assistant Chief Dan Donoghue, the incident commander at the 4th alarm fire. “The roof started to fail and we had a lot of great radio reports but that’s only verbal, so with the drone we had good visual pictures and it really helped us make decisions to put this fire out and keep our members safe.”

FDNY works closely with the FAA to ensure the drone operates safely and adheres to all rules and policies regarding airspace in New York City. The Fire Department Operations Center contacts the FAA prior to flying the drone for permission to deploy at night, or into FAA Class B Air Space – the FAA’s most restricted air space. Approval takes approximately ten minutes and takes place while the drone and its operators are responding to a fire.