Buffalo Bills and Tyrod Taylor agree to a restructured contract 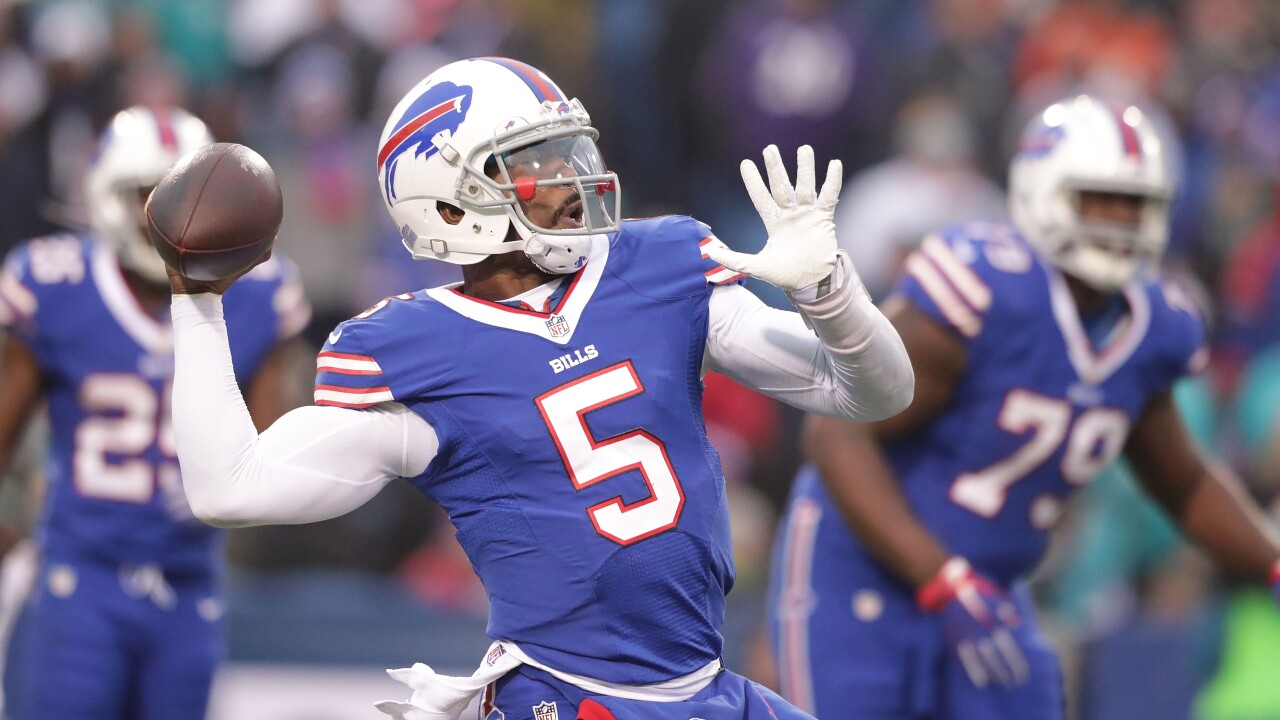 Taylor throws a touchdown during Sunday’s game vs. the Dolphins. (Photo by Brett Carlsen/Getty Images)

ORCHARD PARK, N.Y. – As free agency begins to heat up, the Buffalo Bills and Tyrod Taylor agreed to a restructured contract to take the 27-year old signal-caller off the market, the Bills announced Wednesday afternoon.

According to Buffalo News’ Vic Carucci, Taylor’s deal will be for five years total. After the 2nd season, it will be a year-to-year agreement. Instead of a $16 million cap hit in 2017, Taylor will only account for $10 million now.

The former Hampton Crabber underwent sports hernia surgery in the off-season and told News 3 Sports this past weekend that he’s “healed up and good to go” for the 2017 season.

Bills head coach Sean McDermott released a statement on Taylor’s resigning: “We are excited about the opportunity to keep Tyrod with the Bills. I’ve gotten a chance to know Tyrod and study him over the past several weeks and he is both a great person and competitor,” said McDermott. “Doug and I are confident this was best move for the Bills at this time”

In 2016, Taylor started 15 games for the Bills, throwing for 3,023 yards, 17 touchdowns, and also rushed for six touchdowns. Details of the contract have not yet been released.

We've agreed to terms with QB Tyrod Taylor on a restructured contract.