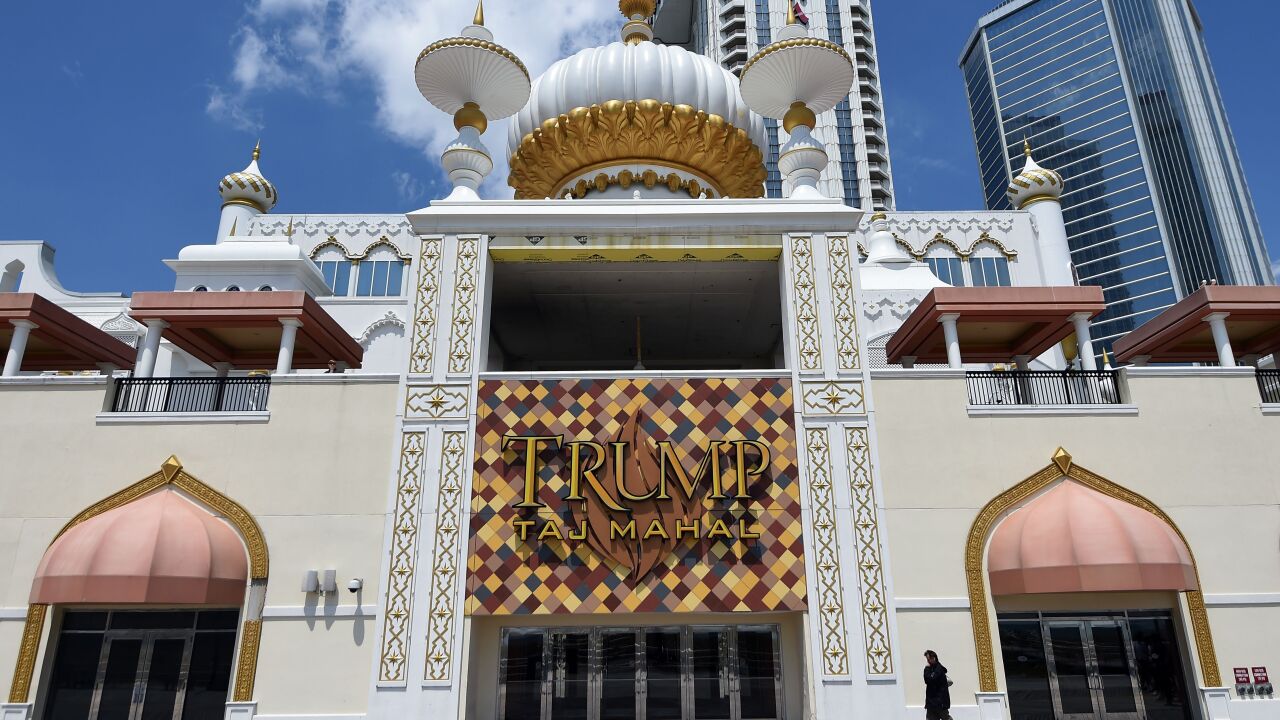 A man walks past the Trump Taj Mahal casino hotel on the boardwalk in Atlantic City, New Jersey, on May 8, 2016. Atlantic City, the famous US gambling resort town and setting for hit TV series “Boardwalk Empire” is in the crosshairs of financial crisis, in a battle pitting New Jersey Governor Chris Christie against the mayor. The coastal resort, which fell on hard times owing to increased competition from other gambling centers across the United States, saw four of its 12 casinos close in 2014, contributing to a sharp fall in tax revenue. / AFP / Jewel SAMAD (Photo credit should read JEWEL SAMAD/AFP/Getty Images)

A man walks past the Trump Taj Mahal casino hotel on the boardwalk in Atlantic City, New Jersey, on May 8, 2016.
/ AFP / Jewel SAMAD (Photo credit should read JEWEL SAMAD/AFP/Getty Images)

The shuttered Trump Taj Mahal casino in Atlantic City has found a buyer.

The new owner will be a group of investors led by Hard Rock International, the company behind Hard Rock Cafe.

President Trump once operated the hotel, but financed the project with junk bonds and could not cover their payments. He parted ways with the place in 2009.

Carl Icahn, who serves as an adviser in Trump’s administration, bought the place in early 2016 in a bid to save the failing establishment. The casino and hotel closed its doors in October 2016 after years of struggling to stay afloat.

Icahn Enterprises, which announced the sale Wednesday, said last year that it’s “lost almost $100 million trying to save the Taj.”

The Taj isn’t the only Atlantic City casino to fall on hard times. It was the fifth to close since 2014. As the city’s hallmark industry has failed to turn profitable, the local government has been strapped for cash and teetered on the brink of bankruptcy for months.