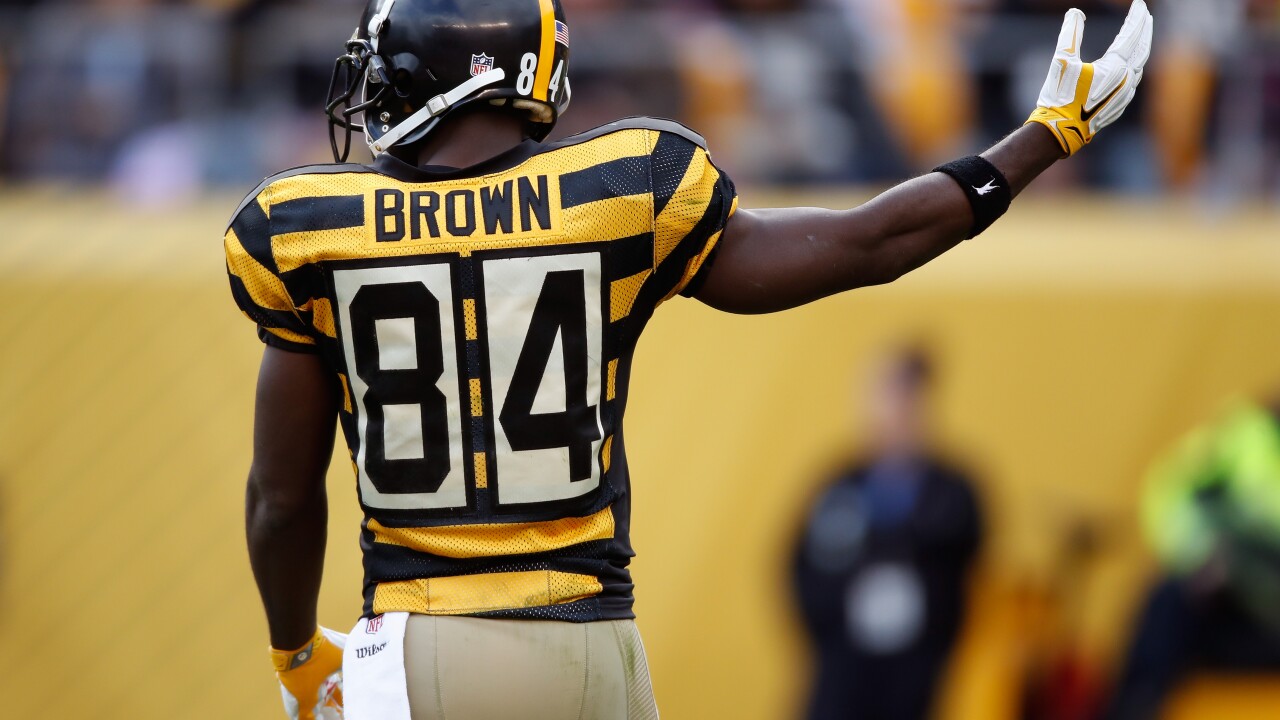 PITTSBURGH, PA – OCTOBER 09: Antonio Brown #84 of the Pittsburgh Steelers tries to pump up the fans prior to a fourth quarter punt return while playing the New York Jets at Heinz Field on October 9, 2016 in Pittsburgh, Pennsylvania. Pittsburgh won the game 31-13. (Photo by Gregory Shamus/Getty Images)

PITTSBURGH, Pa. – On the same day it placed the franchise tag on Le’Veon Bell, ensuring the All-Pro running back remains in Pittsburgh for at least one more season, the Steelers also locked-up star receiver Antonio Brown.

According to the team website, Brown, is set to be a “Steeler for life” after signing a new five-year contract. The five-time Pro Bowler led the NFL in receptions two of the past three seasons. CBS NFL Insider Jason La Canfora reports Brown’s contract is worth close to $73 million, which makes him the highest-paid receiver in NFL history.

Antonio Brown's deal worth close to $73M. Steelers were willing to make him one of highest paid WR in NFL w/1yr left on his deal

Congrats @AntonioBrown on becoming the highest paid receiver in NFL history!! You deserve it. What a journey! pic.twitter.com/2B9jMxbq7m