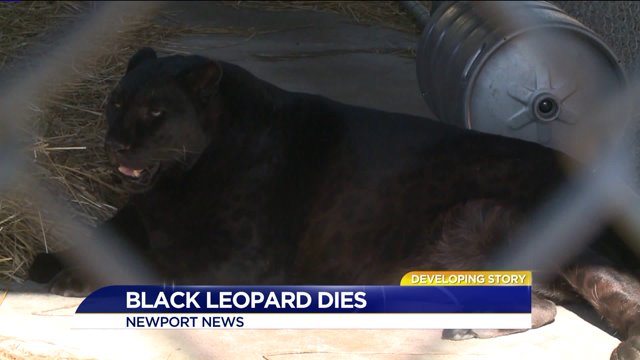 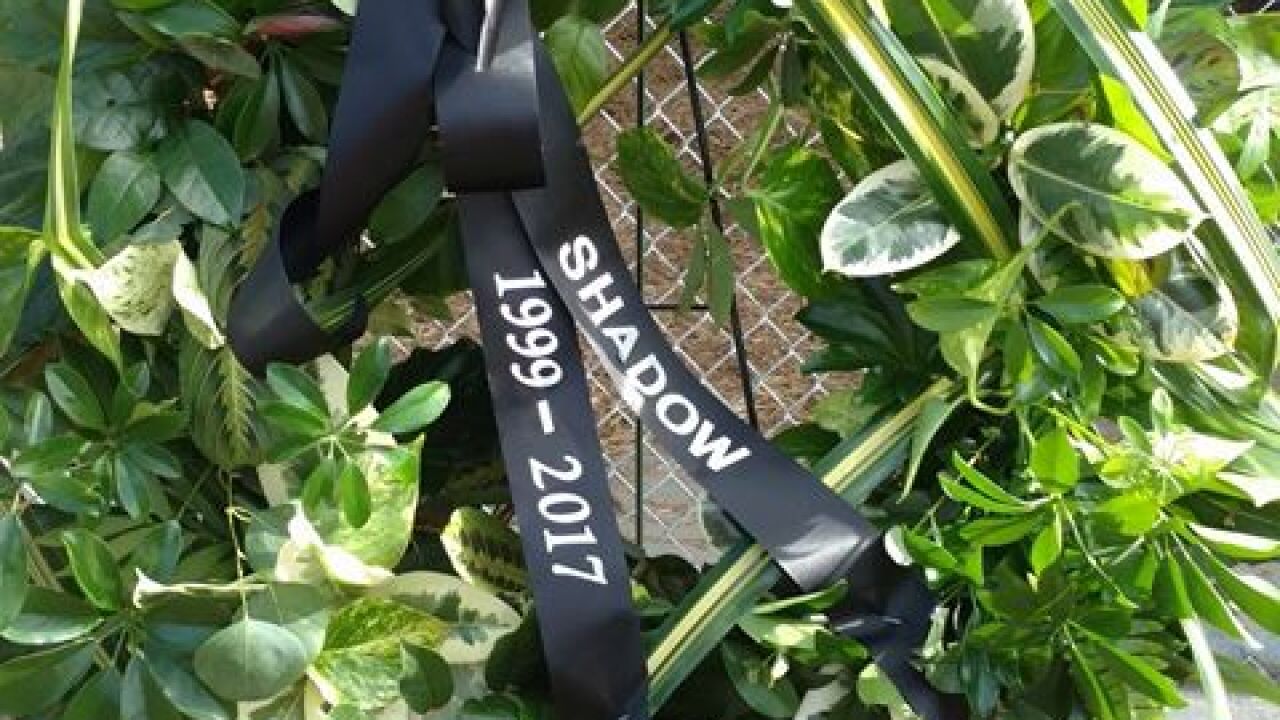 The SPCA said Shadow began to show signs of illness and took him to the vet.

"An exam with an internal medicine veterinary specialist and the shelter’s veterinarian confirmed the presence of serious medical conditions consistent with an animal of his age," the Peninsula SPCA said in a statement.

"He was an amazing animal. Just a beautiful, beautiful animal to see him to actually see him up close and in person for me was just an unbelievable experience," said Ellen Thacker, Executive Director at Peninsula SPCA.

Staff at the Peninsula SPCA say they greatly miss caring for Shadow. On Facebook, people from around the country have expressed their thoughts on Shadow's death, most claiming that if Shadow had been moved from the SPCA to an animal sanctuary, he would still be alive.

Shadow's life at the SPCA was a controversial topic among animal activists. A Change.org petition created over the summer by a Virginia Beach woman quickly gained more than 175,000 signatures. The petition asked for Shadow to be moved to an animal sanctuary in Colorado, instead of being kept in a cage at the SPCA in Newport News.

Thacker says she considered the move, but she and the board ultimately decided against it.

"It wasn't popular on social media but we had to do what we felt was best for shadow," said Thacker.

According to Thacker, area veterinarians believed moving Shadow would be too traumatic for the aging animal who was 17-years-old at the time. Petition organizer, Laura Hill told News 3 in August that she was still holding out hope that the SPCA would change their mind since The Animal Sanctuary in Colorado not only offered to take Shadow, but offered to pay for all the expenses related to moving Shadow.

Hill was not available to speak on camera on Monday, but she sent the following statement to News 3:

I was deeply saddened to see the Facebook post from the Peninsula SPCA announcing Shadow's death. The information given was vague, and left me, as well as Shadow's 180,000 supporters, with questions. What "signs of illness" were present? What "serious condition" was discovered and finally, did Shadow die naturally, or was the decision made to euthanize him? We feel we deserve to know. Shadow most certainly would have lived long and in much better health - had he been moved to an appropriate sanctuary with expert care, like The Wildlife Animal Sanctuary in Colorado.