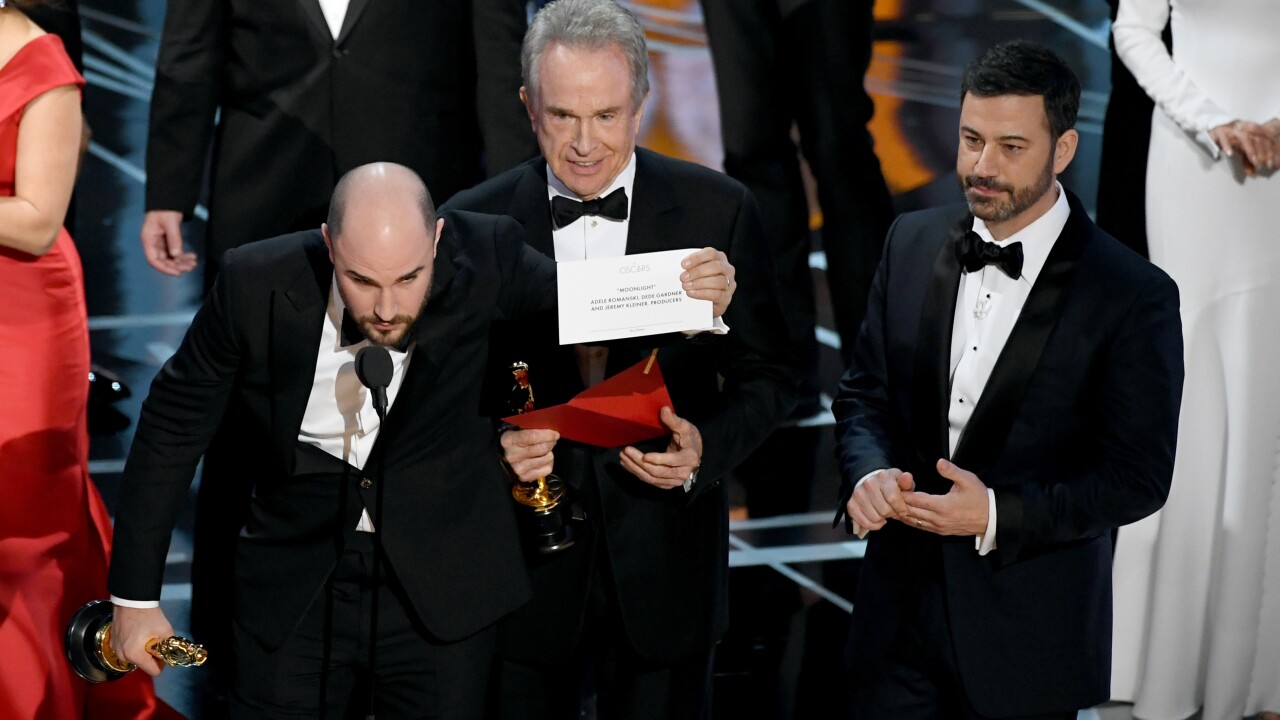 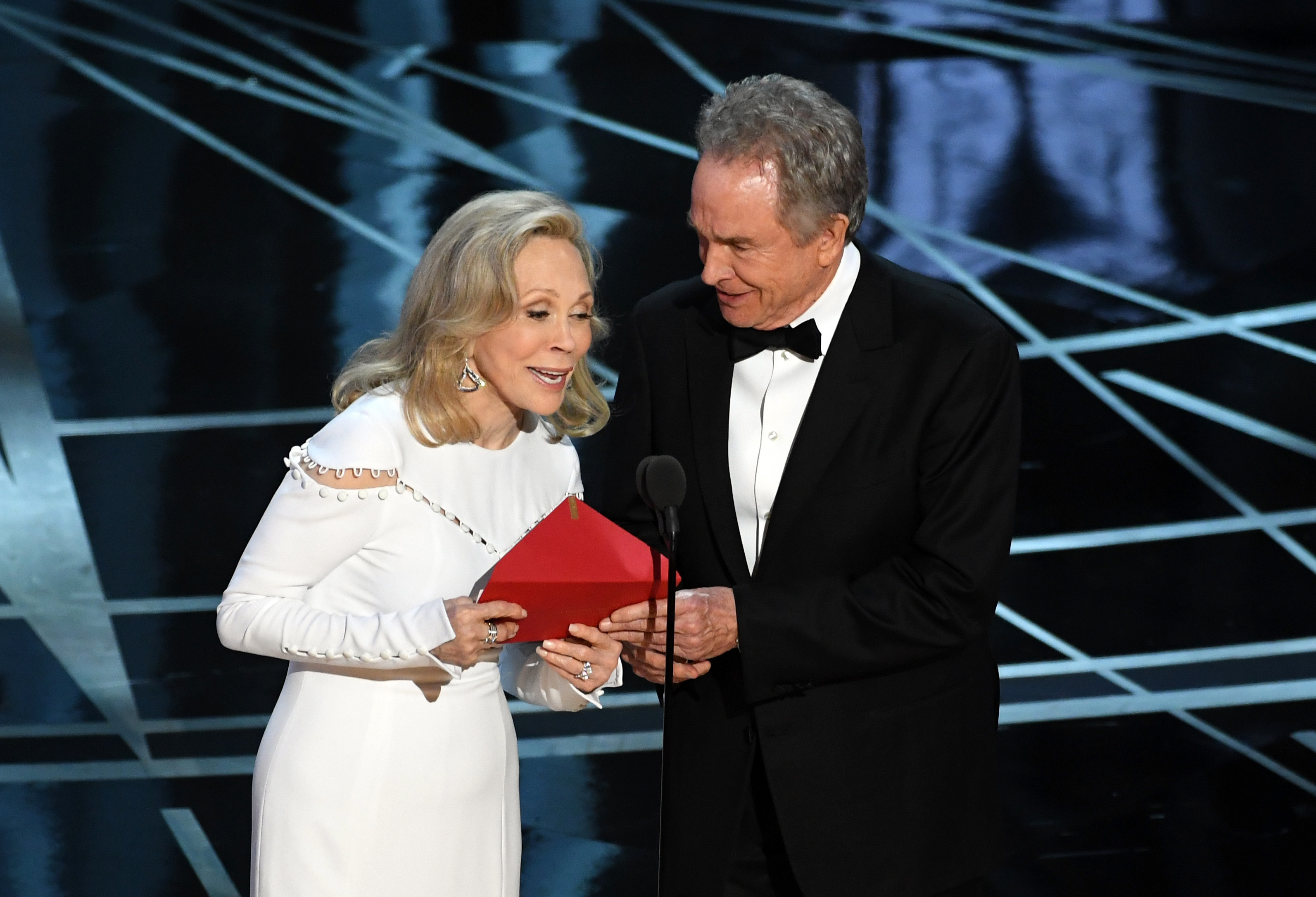 LOS ANGELES, Calif. – Minutes after “La La Land” was announced as Best Picture at the 89th Academy Awards, it was realized that Moonlight was the actual winner.

Warren Beatty and Faye Dunaway announced “La La Land” as the winner of the Best Picture award, and, as cast and crew took the stage to celebrate, a stage crew member brought a different winners’ card onto stage. “La La Land” Producer Fred Berger saw the card and announced that in fact “Moonlight” had won the award.

He said the card he was given said “Emma Stone – La La Land.” Beatty explained that he was confused so he looked to the crew and Faye Dunaway for help. Dunaway then announced “La La Land” as the winner.

Berger and other “La La Land” crew members embraced the “Moonlight” team before exiting the stage.

“Moonlight” director Barry Jenkins, already a winner in the best adapted screenplay category, was the first to speak.

“Very clearly, even in my dreams this could not be true,” he said.

Jenkins thanked the cast and producers from “La La Land” for being “gracious” and “generous.”

Kimmel closed out the night saying, “I blame myself for this… I knew I would screw this show up, I really did.”