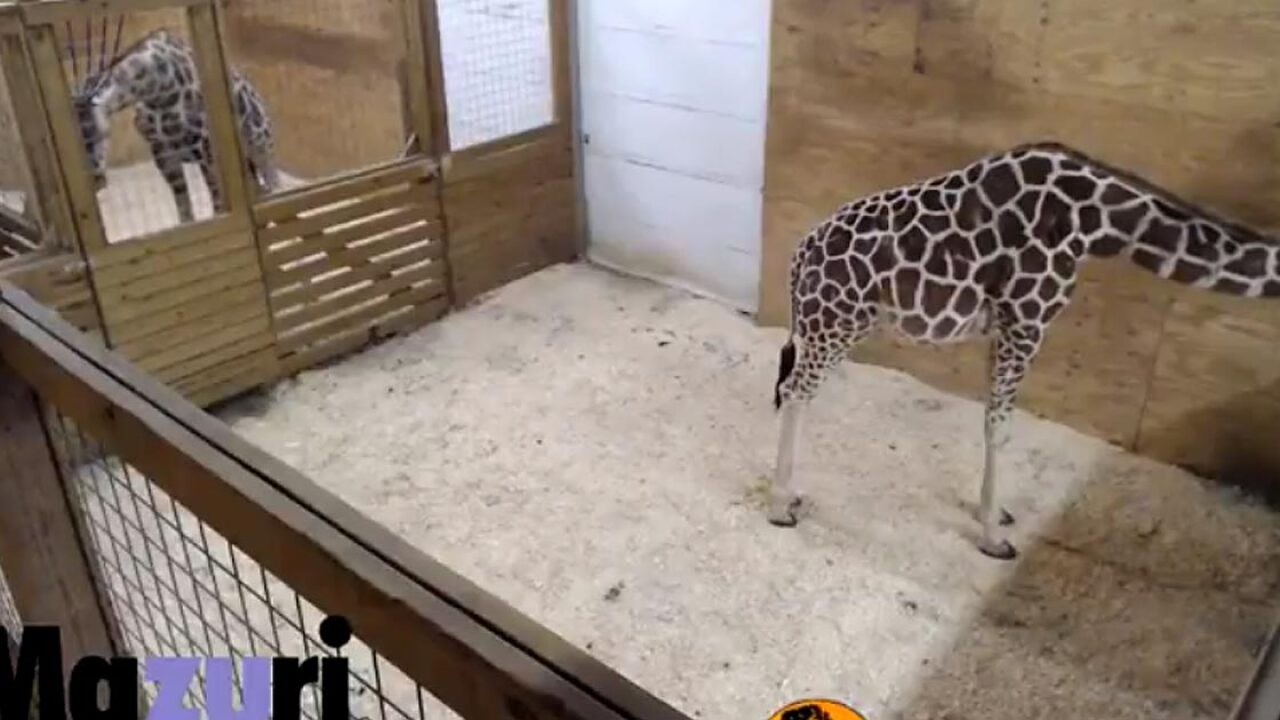 Millions have been watching the giraffe on the giraffe cam, which is streaming on YouTube.

While this is the 15-year-old mom’s fourth calf, it’s a first for her “hubby” Oliver.

April is one of the most popular residents at the Animal Adventure Park in Harpursville, New York.

After a 16-month gestation period, the wait finally ended with the calf’s debut in a livestream from the zoo. The gestation period is average for the world’s tallest animals.

The weight of the newborn is unknown, but a calf at birth is usually about 6 feet tall and weighs a whopping 100 to 150 pounds. Calves start walking about half an hour after birth.

April will raise the calf, with weaning expected to take between six to 10 months. Animal Adventure Park will hold a contest to name the calf.

The birth comes at a dire time for giraffes, whose numbers have plummeted over the past three decades — from more than 150,000 to fewer than 100,000, according to the Giraffe Conservation Foundation.