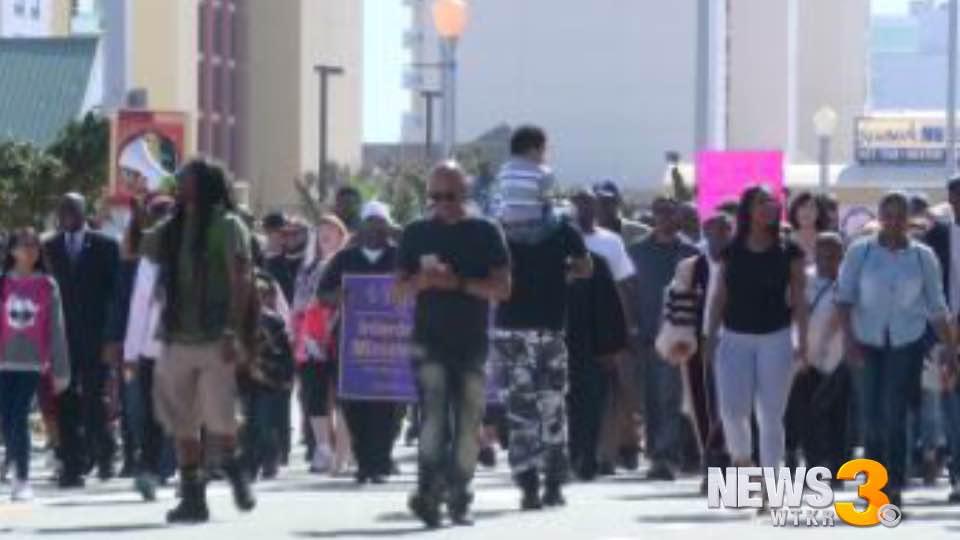 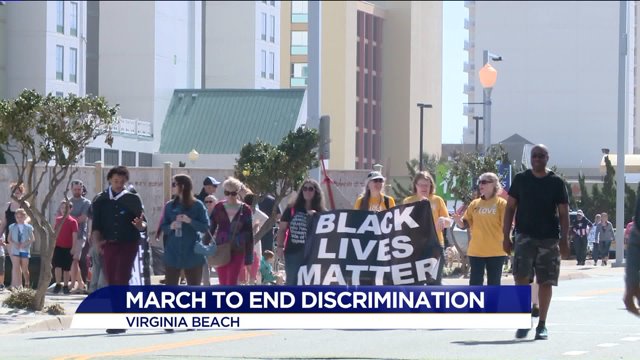 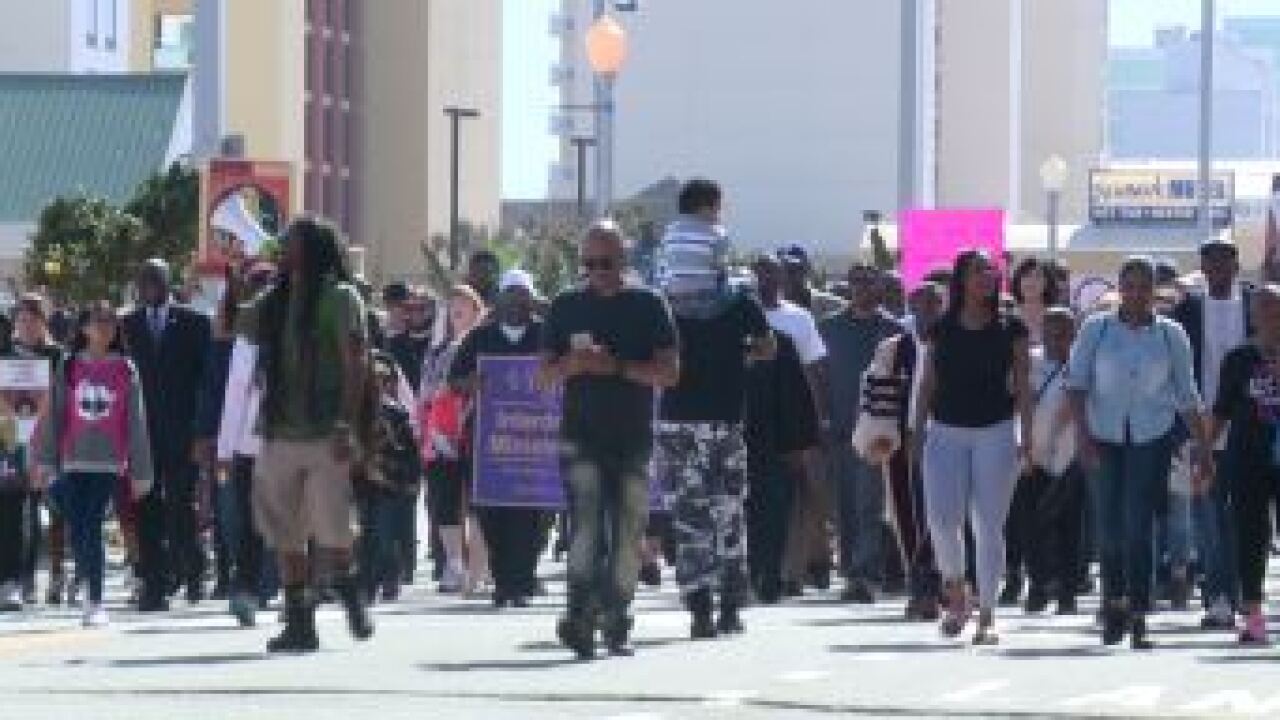 “I thought it was important to stand as a citizen of Virginia, the United States and stand in solidarity with people in especially invulnerable communities,” Lathan said.

“Virginia Beach is a diverse city and the city should represent that diversity,” Lathan explained.

The walk started at Rudee Loop and ended several blocks away at the Cavalier Hotel.

It’s a push to end what they see as cronyism and discrimination.

“The politics that have been played with people’s lives is not fair and it’s not right,” NFL Hall of Famer Bruce Smith said addressing the crowd.

The call for action comes on the heels of accusations by Smith.

He raised concerns about whether the city is awarding enough contracts for minority owned businesses.

“The fact that we have not had a seat at the table, whether it was done intentionally or unintentionally - the result is still the same. Women, small businesses, minorities, and working class families have been disenfranchised,” Smith said.

Though they’re not sure what will happen next, those marching say they hope today lit a fire under city leaders to give everyone an equal chance.

The city is planning on doing a disparity study to address their concerns but in three parts.

Organizers are pushing them to complete at once.