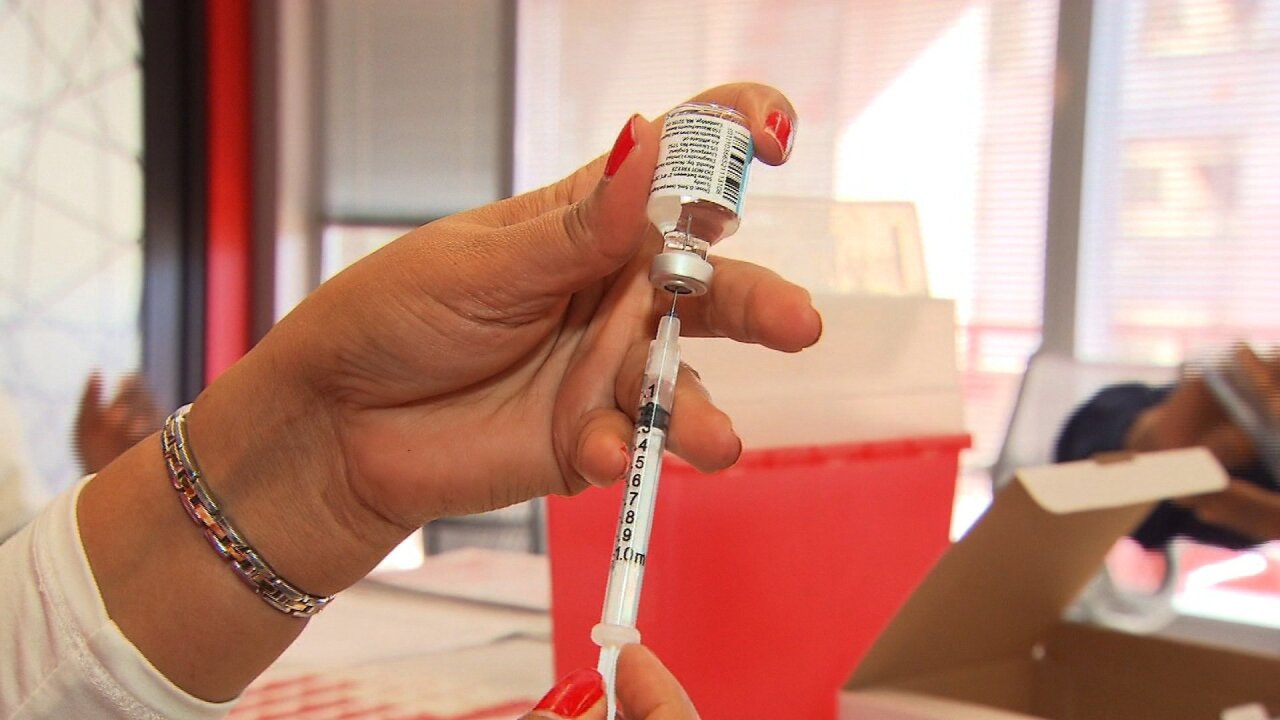 The flu shot has been reducing the risk of infections in the United States by about half this season, according to reports issued Thursday by the Centers for Disease Control and Prevention, but the season is expected to continue for several more weeks.

Flu activity decreased slightly but remained at high levels across the United States during the week ending February 18, according to a report based on preliminary data issued Friday by the Centers for Disease Control and Prevention.

Most states saw widespread illness, with cases reported in all counties. In Montana, Oregon, Tennessee, Washington, Hawaii, Utah and the District of Columbia, only regional, local or sporadic activity was reported during the week.

“The center of the country and over toward the east is being hit harder right now, for sure,” said Lynnette Brammer, an epidemiologist in the influenza division of the National Center for Immunization & Respiratory Diseases at the CDC. She added that the data showed the Northwest being “hit pretty hard” earlier, but now, numbers are coming down.

“Not to say they couldn’t have a second peak, but they look like they’re a little farther along in their outbreak than the rest of the country,” Brammer said.

What is unusual about this season is who has been ending up in the hospital.

A total of 9,444 flu-associated hospitalizations have been reported, and, unexpectedly, the second-highest percentage of people hospitalized is in the 50- to 64-year-old group. The highest proportion has been among the 65 and older group.

In past seasons with the same predominant flu strain, “the highest rate was in the 65 or older (group), and the second highest rate was in zero to 4-year-olds,” Brammer said. She added that officials aren’t sure why middle-age adults are hit hard this year and whether that outcome will hold as final data come in.

Deaths due to flu

A total of 34 children have died of flu-related causes this season, and an additional 1,565 death certificates list flu as the cause of death. These mortality rates are not unusual compared with recent seasons, according to Brammer.

The interim report bases estimates on data from collaborating laboratories across the nation and its territories.

“It’s such a common illness, and there’s so many cases, it would be difficult to count,” Brammer said. “But probably less than half of the people who get flu actually go to a health care provider, and a lot that do don’t get tested.”

The number of deaths, which is based on death certificate reports, is also an estimate. “It’s not 100% complete data yet,” she said, adding that a lot of deaths caused by influenza may not even list it on the certificate. The death numbers, then, are “a huge underestimation,” she said.

Washington state, as of Friday, had 221 lab-confirmed deaths from flu this season, according to David G. Johnson, a spokesman for the state’s Department of Health. Last year at this point, only 68 people had died, while in the 2014-15 season — widely considered a difficult one — 157 people had died by this time.

“It looks like we are over the worst of it, but the only thing we can count on is that the flu is unpredictable,” Johnson said. “It’s typical to see a slight spike in the spring.”

The predominant virus strain this season is influenza A (H3N2); the estimated effectiveness of the vaccine in preventing illness caused by that strain was 43%, according to a report issued by the CDC. The vaccine’s estimated effectiveness against the influenza B virus was 73%. That amounts to overall protection provided by the flu vaccine of 48%, according to the CDC.

Even though it seems like there’s still a lot of sickness, “the vaccine does prevent a significant amount of illness and severe illness,” said Brammer. With flu season continuing, she said, people could still benefit from a flu shot if they haven’t already got one.

Viruses and the hero vaccines that kill them

Viruses, including the various strains of flu, exist in the space between living and non-living. Though they contain genetic material, they cannot reproduce or sustain themselves on their own, and so they require a host. After gaining control of the molecular machinery of a host cell, the virus rapidly begins to duplicate itself, destroying its host cell.

The genes within a virus express a protein or antigen, which the immune system recognizes and produces antibodies to destroy. Daily, our immune systems fight off countless familiar or weak antigens, but when an unfamiliar and strong invader appears, the ramp-up process of producing antibodies may take longer than ideal, and so we become sick.

A vaccine, then, helps the body rehearse for the moment when a virus appears. After being presented with a killed or weakened viral antigen, the immune system is stimulated into creating antibodies that will be able to recognize and kill the actual virus when it appears.

One possible reason for this year’s 48% vaccine effectiveness rate is that the predominant H3N2 virus might change more frequently than some other flu strains between the time the vaccine is chosen in February and the actual influenza season, according to Brendan Flannery, lead investigator for the US Flu Vaccine Effectiveness Network.

Another possible reason is “the H3N2 virus, which is grown in eggs, may acquire some adaptation to eggs that may change it,” he said.

Today, the most common way companies manufacture flu vaccines is through an egg-based process.

The CDC estimated that between 157 million and 168 million doses of injectable vaccine were manufactured for the 2016-17 season, a vast majority egg-based.

Egg-based vaccine manufacturing, which has been in use for more than 70 years, can produce either an inactivated (killed) vaccine, the basis for most flu shots, or a live attenuated (or weakened) vaccine, the basis for the nasal spray form of the vaccine. FluMist was not recommended by a CDC advisory committee for the current season, though the product was available upon request.

“It used to be really that egg-based vaccines were really the only vaccines that were out there in terms of options,” said Dr. Matthew Zahn, chairman of the Infectious Disease Society of America’s public health committee.

The egg-based process begins with the candidate virus strains, chosen by the Advisory Committee on Immunization Practices, a group of medical and public health experts, and the Food and Drug Administration.

Flu vaccine manufacturers inject these strains into fertilized hen eggs, where they incubate for several days to allow the viruses to replicate. Next, the virus-containing fluid is harvested from the eggs. For the flu shot, the viruses are inactivated (killed), the antigen is purified, and a sterile vaccine is produced. For a flu mist, the cultivated virus strains are weakened, not killed, and the production process is slightly different.

“A virus that grows in the lung doesn’t want to necessarily grow in a chicken embryo, so they need to really genetically modify that virus to grow in a chicken egg,” said Dr. Manon Cox, president and CEO of Protein Sciences, a vaccine company.

The H3N2 virus, in particular, does not seem to grow well in eggs, said Cox, and so it must be modified the most. This means the resulting vaccine doesn’t induce antibodies in your immune system that are capable of “neutralizing the viruses that are circulating in nature.”

According to Zahn, “In addition to production issues, it’s just hard to produce that much vaccine that quickly with an egg-based process.”

Another process for creating a vaccine is cell-based, which grow viruses in animal cells before following a similar production process.

“There are now licensed, recommended non-egg-based vaccines. They haven’t taken over a huge part of the market, but they’re a good thing, because it gives us a lot more opportunities to develop vaccine quickly and with a lot of different methods,” Zahn said.

One such company is Cox’s Protein Sciences, which makes a flu vaccine, FDA-approved for adults 18 years and older, that does not use the influenza virus or eggs in its production process. Other companies, including Moderna Therapeutics Inc. are also exploring new technologies to create vaccines.

“Looking forward to the next pandemic event, those different options all may be useful,” Zahn said. “So we’ve been very pleased that that’s happening.”