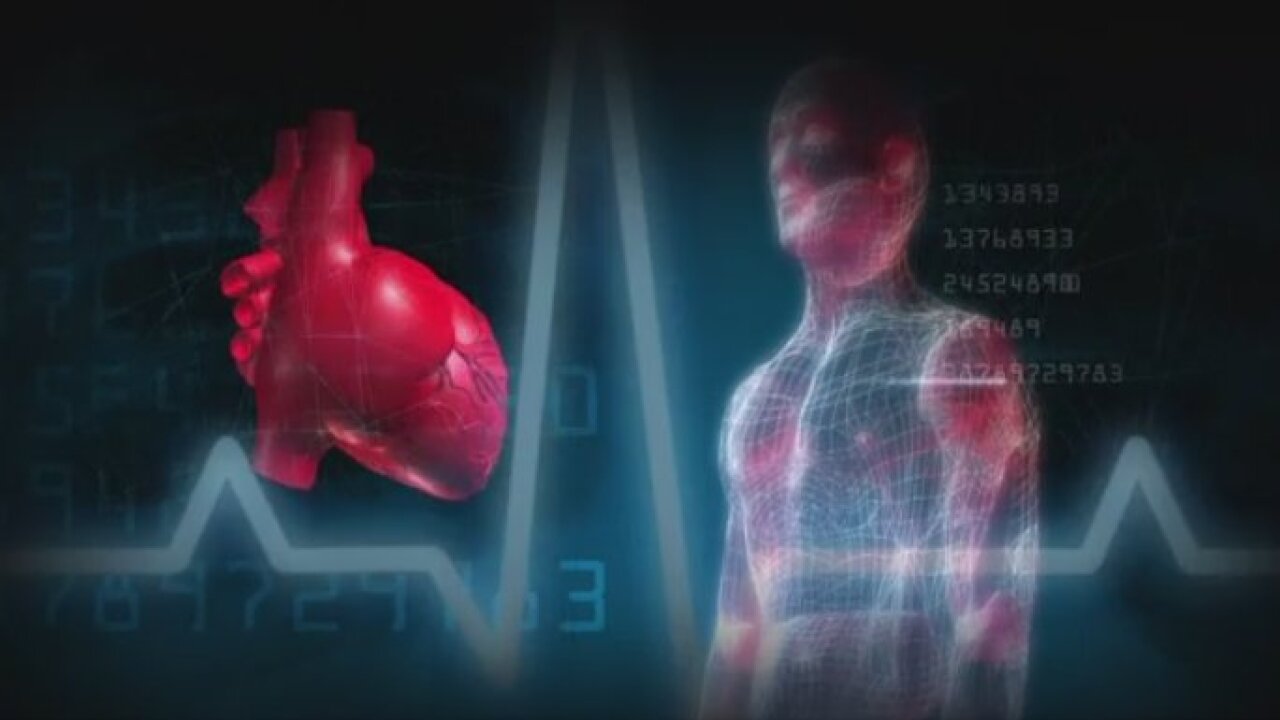 Rick Murphy, a real estate appraiser in Atlanta, had no idea he had a bad heart. When Murphy turned 50, he decided it was time to get in shape. It wasn’t long before he progressed from running races to an Ironman triathlon.

Rick Murphy, a real estate appraiser in Atlanta, had no idea he had a bad heart.

When Murphy turned 50, he decided it was time to get in shape. It wasn’t long before he progressed from running races to an Ironman triathlon.

A fellow triathlete recommended he get checked out by a sports cardiologist, so he went to see Dr. Jonathan Kim at Emory Healthcare in July 2015.

“The next thing you know, Dr. Kim is saying, ‘I think we need to do a heart catheterization on you.’ ”

One of the heart’s main arteries was over 95% blocked. Murphy was in the operating room within a few days.

“I was obviously surprised,” said Kim. “He could’ve been that unfortunate terrible story where somebody drops dead.”

“My only symptom was a little extra fatigue,” said Murphy, now 55. “I chalked it up to working too much and not getting enough sleep.”

Murphy wouldn’t be running another Ironman anytime soon, but he was eager to get back to his normal routine. And Kim prescribed just that: more exercise. Though the benefits of exercise are clear for those with an injured heart, Kim said, patients often want to know how best to exercise, how much and how hard.

Increasingly, experts are pushing patients with heart problems harder than what was considered useful — or perhaps even safe — in the past.

The idea that exercise can help hearts recover is a relatively modern one.

Until the 1950s, doctors often told cardiac patients to avoid any physical activity at all. In 1952, the recommendation that heart attack patients get out of the hospital bed and into an armchair was seen as controversial. It wasn’t until the late ’50s that exercise guidelines emerged for these patients.

Nowadays, aerobic exercise is seen as a key to recovery, said Kim, who runs an exercise physiology lab.

“One of the tenets of what we do is that exercise is medicine,” he said.

Aerobic exercises like swimming, jogging and cycling raise the heart rate. Over time, the heart becomes more efficient, allowing it to pump more blood with less effort. Exercise can also reverse some of the effects of heart disease, like the narrowing of arteries.

“The goal is to raise and sustain that elevated heart rate in what we call a training heart rate zone,” said Dr. Jonathan Whiteson, medical director for cardiac rehabilitation at NYU Langone Medical Center.

A typical target zone for aerobic exercise might be 70 to 80% of your maximum heart rate, said Whiteson, though many aim higher or lower.

Most people can calculate a ballpark maximum heart rate by subtracting their age from 220, said Whiteson. At 55, Murphy said his heart rate follows that trend to a T, peaking around 165. However, many heart attack survivors fall quite a bit lower, said Whiteson.

Exercise specialists like Whiteson and Kim use a battery of tests and gadgets to find each patient’s new normal — from heartbeat monitors to a mask that measures oxygen use. Once their patients are stable, it’s back to work — though slowly, at first.

“They try to get you up and moving around as soon as possible,” said Murphy.

In recent years, doctors have continued to push the limits of what they thought cardiac patients could do, opting for high-intensity interval training over more moderate exercise, said Ray Squires, program director of cardiac health and rehabilitation at Mayo Clinic.

During high-intensity interval training, or HIIT, people push themselves for brief intervals — from 30 seconds to a few minutes — followed by a longer periods of lower-intensity exercise.

In 2009, Mayo Clinic began recommending HIIT to people who had been diagnosed with heart attack or heart failure.

“I don’t know if there was anybody else doing it in the United States” at the time, Squires said.

At Mayo, Squires and his team only initiate HIIT once their patients can do 20 minutes of moderate exercise, which may include brisk walking or even mowing the lawn.

High-intensity training has many different “flavors,” Squires said, which can depend on the age of the patient, their fitness level, the nature of their heart problem and other medical conditions, like arthritis, that might make certain exercises more difficult. There is no one way to do HIIT, he said.

Patients are often scared to push their hearts soon after a heart attack, Squires said, but most trust their doctors enough to try. Among the several thousand patients who have gone through Mayo’s 36-week program, “we have never seen a single event during HIIT,” he said.

Patients are more at risk for a physical injury than another heart attack, he added.

In one study, researchers in the Netherlands recorded only two fatal cardiac arrests over 46,000 hours of supervised high-intensity exercise. These cases were so few that they were unable to find a difference between that and moderate exercise; the authors concluded that the benefits of HIIT outweighed the risks.

“HIIT is not new,” said Squires. “It’s been used by athletes probably since the beginning of time.”

The first studies on HIIT in cardiac patients occurred in the late ’70s, but they were largely ignored, said Squires, even though they demonstrated “dramatic improvements” in many of these patients.

But the trend caught on among rehab centers and exercise enthusiasts alike. The American College of Sports Medicine listed HIIT as the No. 3 fitness trend for 2017. Gymgoers are increasingly looking to short, intense workouts as a way to pack the benefits of exercise into a shorter session.

This contrasts with expert recommendations that people get 30 minutes of moderate exercise five times a week.

But the science is still emerging, said Kim. For patients with an injured heart, it can be crucial to discuss their goals and fears with a cardiologist and personalize their exercise plan, he said.

“In the field of sports cardiology, we still have a lot of limitations between what we know and what we don’t know.”

It all ‘works out’ in the end

The benefits of cardiac rehab may be limited less by emerging science, and more by who has access to it.

But despite the high-tech tools and education that people can access in these programs, they aren’t a hard requirement for exercising after a heart problem, said Kim

“The benefits of exercise are as tried and true as anything we know about,” said Kim, “whether you have the technology or not.”

Ironman triathlete Rick Murphy has been following Kim’s orders; with 18 months of rehab under his belt, he has only two more to go.

Murphy has already signed up for a triathlon in May. He said that his experience inspired people close to him to get checked out, as well.

“I had a lot of friends who couldn’t believe that this actually happened to me after what I’ve been doing,” said Murphy. “It rocked a lot of people’s world.”