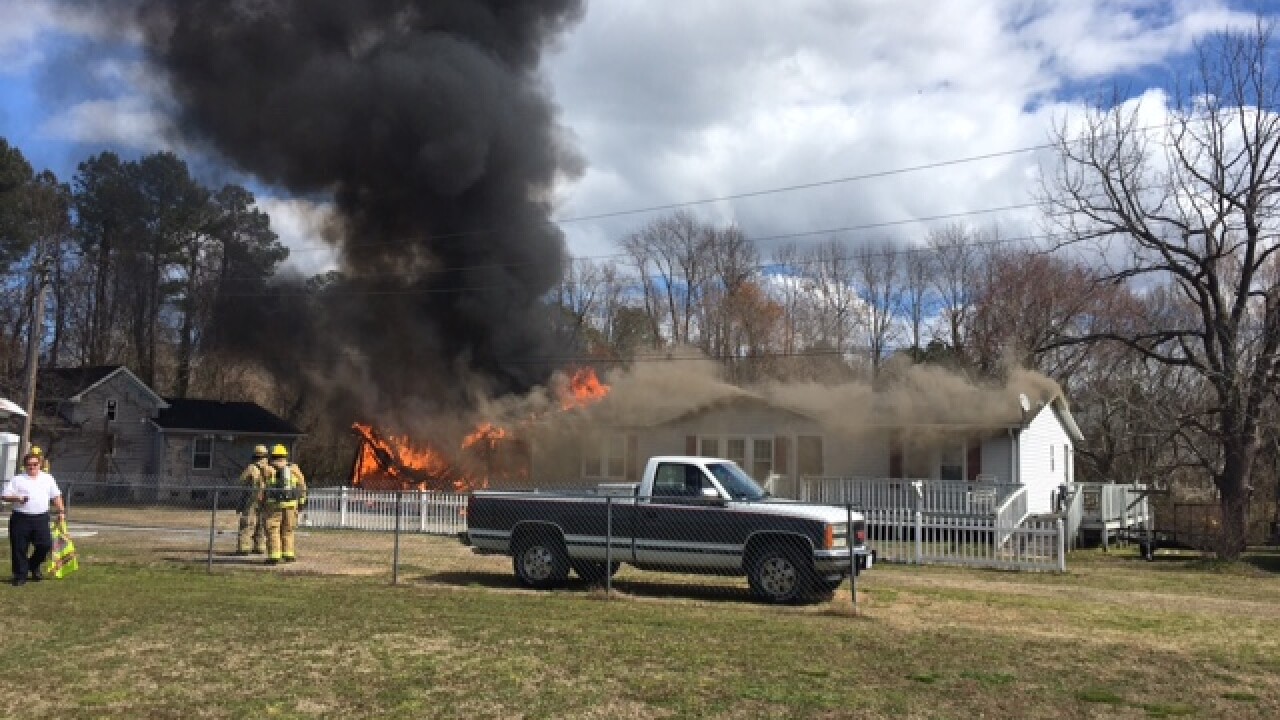 SUFFOLK, Va. – Suffolk Fire & Rescue crews responded to a residential fire in a rural area off Crittenden Road on Friday.

Emergency Communications received a call at 12:35 p.m. about the incident.

The fire was at a residence in the 1600 block of Mt. Lebanon Avenue.

Fire officials said the single story residence had a heavy fire in the attached garage and the left side of the residence.

The occupant had vacated before firefighters arrived.

The home and garage have been declared a total loss, fire officials said.

A residence next door to the home sustained damage from heat exposure.

Two firefighters sustained minor injuries and were ground transported to a local hospital.

One adult was displaced as a result of the fire and is being assisted by the American Red Cross.

The Fire Marshal’s Office is investigating the cause of the fire.

Area road closures were put in place because hoses were stretched across the road.