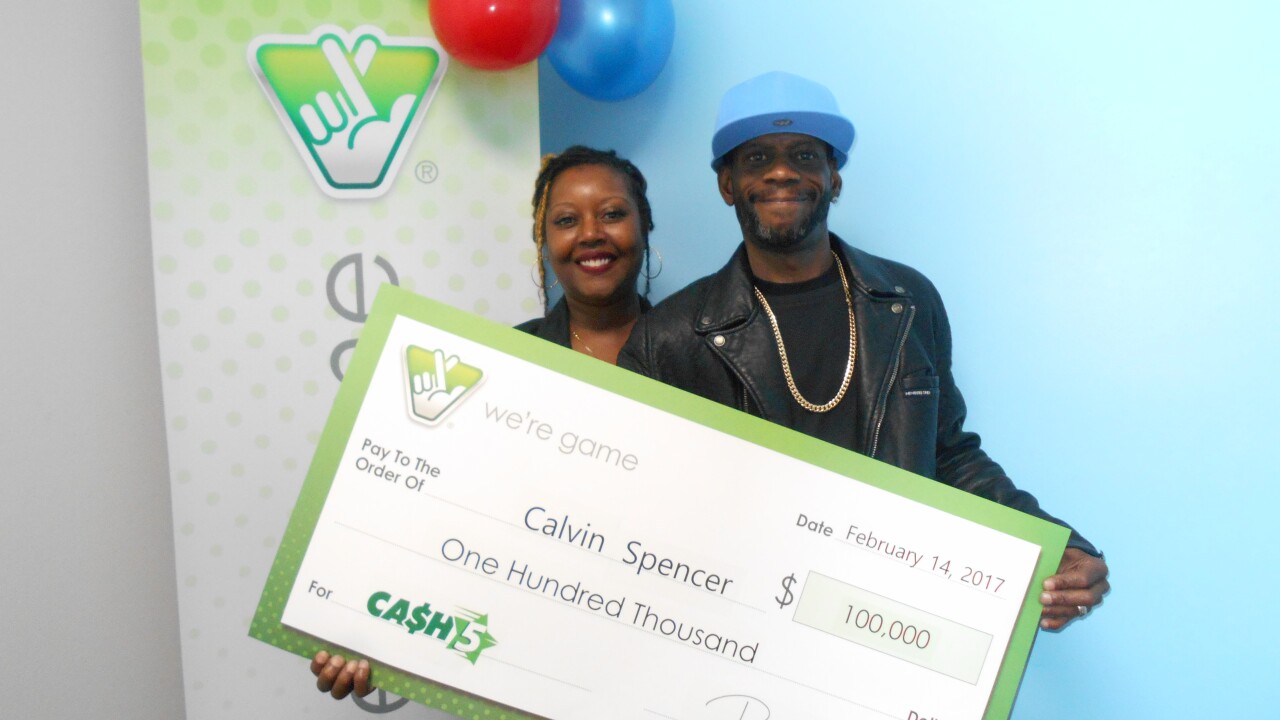 PORTSMOUTH, Va. – A couple has won the lottery not once, but four times now!

Calvin and Zatera Spencer are building quite a collection of those oversized Virginia Lottery souvenir checks.

In March 2014 the Portsmouth couple had a lucky month, winning $1 million in the March 12 Powerball drawing, $50,000 in the March 26 Pick 4 drawing and the $1 million prize in the $100 Million Cash Extravaganza Scratcher game.

Now they have another prize to add. Calvin matched all five numbers in the February 1 Cash 5 day
drawing to win that game’s $100,000 top prize. “I feel like I’m good at it,” he joked as the couple claimed their latest prize.

The winning ticket was bought at the Tinee Giant on Airline Boulevard. The winning numbers were 1-16-18-26-31.

Calvin said he used birthdays in selecting the numbers on his ticket. He said the couple has been “enjoying life” since their lucky month in 2014, and they both still work.

“It’s a blessing from the Lord,” he said.