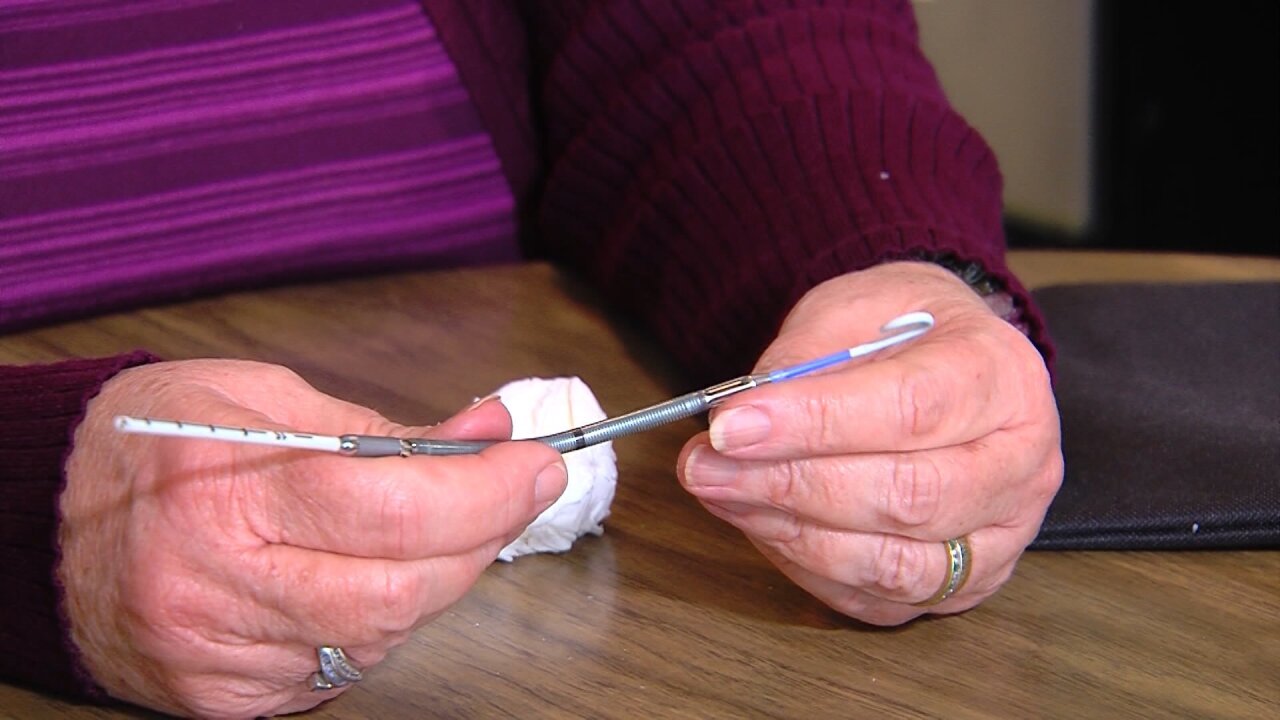 **Embargo: Salt Lake City, UT** Doctors could stabilize her heart with Impella, the world’s smallest heart pump. “It pumped for my heart and gave my heart a chance to rest,” she said.

Doctors could stabilize her heart with Impella, the world’s smallest heart pump. “It pumped for my heart and gave my heart a chance to rest,” she said.

SALT LAKE CITY, Utah – It was the scariest moment of Kelvin Anderson’s life when his wife’s heart stopped.

Pam Anderson, 63, was in the hospital for colon surgery, but no one knew she had coronary artery disease. She had a heart attack.

“If I hadn’t had that happen in the hospital, I probably wouldn’t have survived it,” Pam Anderson said. Her heart was so damaged, they didn’t think she’d survive surgery to repair it. “I had a 10 percent chance of making it. They could put me on a heart transplant list.”

But there was another option. Doctors could stabilize her heart with Impella, the world’s smallest heart pump. “It pumped for my heart and gave my heart a chance to rest,” she said.

“To think this small little thing could make that much difference in somebody’s life,” she said.

That was seven years ago. She was the second Impella patient ever in Utah.

Now the technology for the heart pump has improved. It’s less invasive and can support even the most complex heart cases.

Before, doctors used medications to stimulate a damaged heart but that was ineffective.

“It’s like having a swollen knee and trying to run a marathon, but we didn’t have any other options,” Yaganti said.

For Pam Anderson, the heart pump was a bridge to healing. She now volunteers at the hospital with the same nurses who helped save her life. She has become a heart recovery advocate, traveling to conferences and posting on social media about her experience.

“There’s been over 33,000 people in the United States who have received it. It was enough to fill Fenway Park,” she said.

She has no permanent damage to her heart and cherishes every moment with her eight grandchildren.

“I have so much to live for,” she said. “I don’t want to miss anything and how lucky I am.”

Cardiologists say the next step will be making the heart pump even smaller so there are less vascular complications.