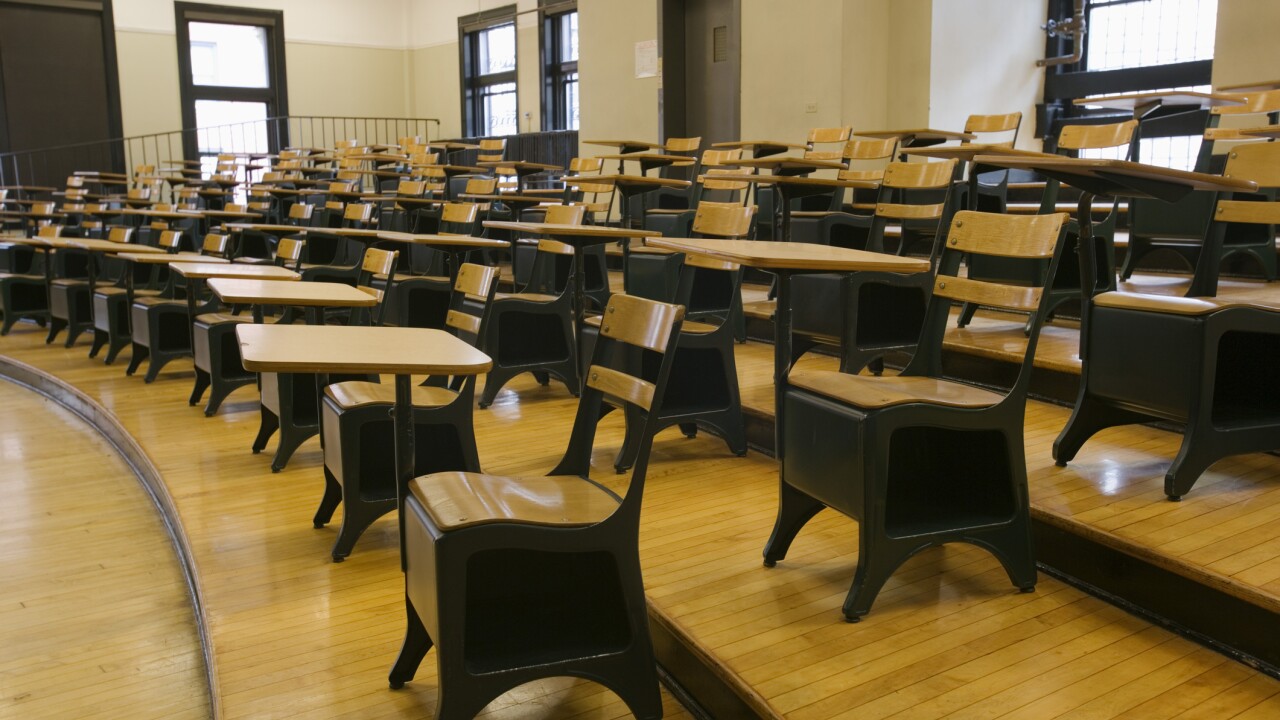 Chicago Public Schools say they will deny federal immigration agents access to district buildings and personnel unless served with a criminal warrant, the latest in a series of steps taken by US school officials to protect undocumented students.

School districts from Pennsylvania to California have stepped up efforts to allay fear and uncertainty in immigrant communities over Trump administration directives that would significantly expand the power of immigration officers and could set the stage for mass detentions and deportations.

After a December resolution affirming its commitment to a “safe and welcoming” teaching environment for all students, Chicago Public Schools this week sent a memo to principals who “expressed concern and anxiety” about immigration issues and guidance on handling interactions with US Immigration and Customs Enforcement.

“To be very clear, CPS does not provide assistance to US Immigration and Customs Enforcement (ICE) in the enforcement of federal civil immigration law,” Tuesday’s memo said.

“Therefore, ICE should not be permitted access to CPS facilities or personnel except in the rare instance in which we are provided with a criminal warrant.”

Some students welcomed the news.

“There was a lot of panic going around,” Yuliana Rodriguez, who attends Hubbard High School in Chicago, told CNN affiliate WLS.

She added, “I feel like school should be a safe place, just like home. We go there to learn. I feel like it shouldn’t be a scary place to go to.”

The guidance to principals in the nation’s third largest school district came Tuesday, as Department of Homeland Security officials laid out plans to expand state and local law enforcement’s ability to act as immigration officers.

“Protecting the safety and privacy of our students is our top priority at Chicago Public Schools,” the guidance to schools said. “Given the recent political climate and events which have occurred on a national stage, some of our students and families have expressed concerns about how our schools may interact with the United States Immigration and Customs Enforcement.”

The DHS memos — which follow the arrests of nearly 700 immigrants nationwide this month — seek to explain how the agency intends to carry out some of Trump’s executive orders. Those orders call for a vast increase in the resources provided to ICE and Customs and Border Protection, the construction of a wall along the southern border and an aggressive stance toward undocumented immigrants.

Chicago Chief Education Officer Janice Jackson’s package to principals included multilingual information and palm cards on immigration law and rights for students and their families, as well as guidelines for school personnel.

“While many of our families have serious concerns and anxiety about recent federal actions and statements, we want to make sure that parents know school is a safe place for all students regardless of their race, ethnicity or country of origin,” Jackson wrote to principals.

‘ICE agents should wait outside’

Jackson noted that attendance in some schools was lower than usual during the last week’s “Day Without Immigrants” events. “We firmly believe that the safest and most beneficial place for students is a classroom alongside their fellow students,” she wrote.

The guidance urges personnel to call the school system’s law department if “ICE agents arrive at a school and present paperwork … ICE agents should wait outside while the school is reviewing the matter with the Law Department.”

The document said principals should not share student records with ICE, “with the rare exception where there is a court order or consent from the parent/guardian.”

“If a child is left stranded at your school and you suspect it is because his or her parent is detained, please exhaust the child’s emergency contact list,” the document said. “Please have a staff member remain with the student until the parent, guardian, or emergency contact can arrive.”

Parents are being encouraged to update emergency contact forms, including backup contacts in case they are detained.

“A student’s home address is information contained in the student’s record that cannot be disclosed without a court order or consent,” according to the guidance.

School districts in the Chicago suburbs of Aurora and South Elgin also pledged to maintain a policy of not allowing ICE agents into schools without a criminal warrant, WLS reported.

Chicago officials have said an estimated 500,000 undocumented immigrants — between 15% and 20% of the city’s population — could be affected by the immigration crackdown in the city, the station reported.

Other US schools pledge to protect undocumented students

Other school districts throughout the country have vowed to protect undocumented students and their families in response to Trump’s crackdown on illegal immigration:

In Colorado, Denver Public Schools last week passed a resolution saying in part that the school board’s general counsel “will not grant access to our students unless the official presents a valid search warrant issued by a federal or state judge or magistrate.” “The resolution stresses Denver Public Schools will do everything in our lawful power to protect our students’ confidential information and ensure that our students’ learning environments are not disrupted by immigration enforcement activity,” Superintendent Tom Boasberg wrote on the school system’s website. “I want to highlight that we have not had nor do we have any information that leads us to believe there will be immigration actions at our schools. Federal guidelines continue to provide that schools are sensitive places where immigration enforcement should not take place, and we will continue to advocate for those guidelines to remain in place. We do not want to create any additional fear or panic in our communities.”

In Pittsburgh, school officials last month passed a resolution requiring that all ICE requests “must be processed through the Law Department and the Office of the Superintendent,” according to public schools spokeswoman Ebony Pugh. “Schools will not permit ICE officials to access any students, without having contacted the Law Department with all relevant documentation.”

The Houston Independent School District Board of Education declared its support for undocumented students in a resolution passed earlier this month. “Our schools will continue to be safe and positive learning environments that promote student learning and development versus discrimination and fear,” HISD Superintendent Richard Carranza said in a statement. In Eugene, Oregon, the school board passed a resolution this month denying “law enforcement … access (to) private areas of school property or (to) take a student from school for the purpose of immigration law enforcement without parental permission, court order, or other legal authority.” The Austin, Texas, Independent School District, has instructed personnel “to request ID and proof (law enforcement agents) have obtained permission to conduct enforcement at a school, such as a written directive by a superior or a signed warrant,” according to the district’s website.”Undocumented children and children of undocumented parents have the same right to attend Austin ISD as do other US citizens and permanent residents,” the district said in a message to students and parents this week. In Los Angeles, the board of the country’s second-largest school system in November approved a resolution affirming the district’s “safe zones” policy, which instructs staff to not allow federal immigration agents into schools without the approval of district lawyers. The policy declares all campuses as “safe zones and resource centers” for students and families threatened by immigration enforcement.