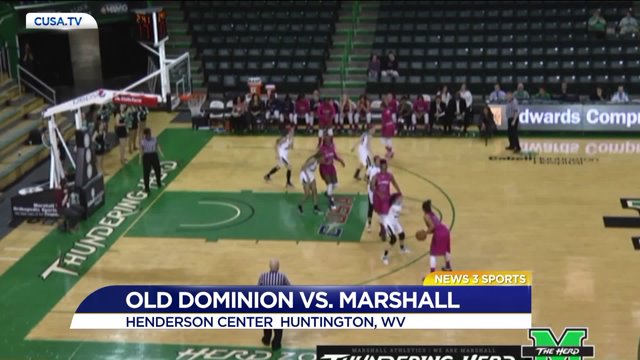 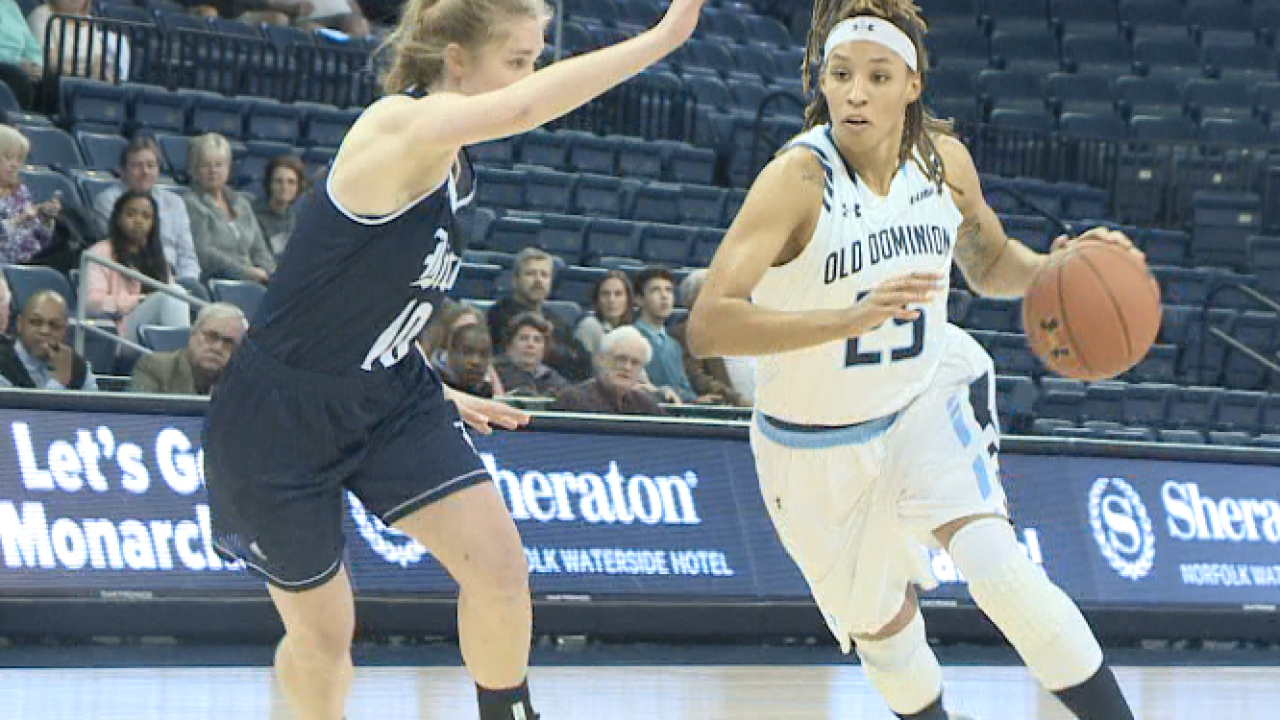 Simms, who finished with 33 points, nine assists and seven rebounds, made a layup at the 2:36 mark of the third quarter to surpass the milestone. She joins Anne Donovan, Inge Nissen, Nancy Lieberman, Kelly Lyons and Celeste Hill in the 2,000 point club. In the process, Simms, now with 2,010 career points, also passed Tracy Claxton for sixth on the ODU all-time scoring list.

"Wow, it's great. It's a great feeling," said Simms. "I would've never thought this, but it's a humbling feeling."

The teams then exchanged runs in the second quarter, as ODU carried a 44-40 lead into halftime. In the first half, ODU outrebounded the Thundering Herd, 27-15, but nine Lady Monarch turnovers led to 13 Marshall points.

The Lady Monarchs extended their lead to as much as 15 in third quarter and went on to outscore Marshall, 24-15, in third to lead 68-55 heading into the fourth. The Thundering Herd were able to close the gap to as little as six at 85-79 with 1:28 to play, but ODU hit their free throws down the stretch for the nine-point victory.

The 94 points were a season high for Old Dominion. Destinee Young finished with 15 points, including 12 in the third quarter, and seven rebounds, while Annika Holopainen scored 14 points to go along with seven boards. Keyana Brown addded nine points, three rebounds and a career-high four blocks.

Overall, ODU shot 53 percent from the field and 50 percent from beyond the arc, while outrebounding Marshall, 44-32.

"We had a good team effort," said head coach Karen Barefoot. "Even though we faced adversity, we have a team that helps each other through things. It's a great victory on the road and now we have to get ready for Western Kentucky."