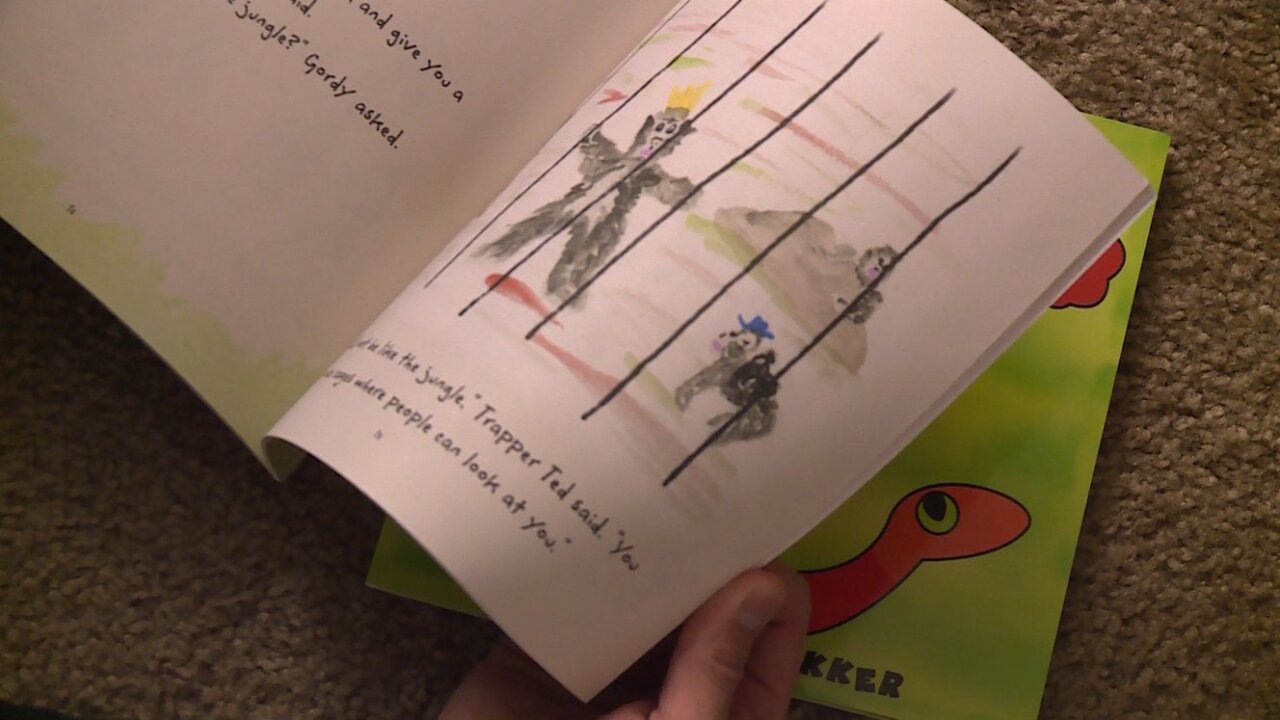 Vera Bakker pours herself into the paper, mainly painting landscapes, finding new interpretations of sights she’s seen in her travels over the years.

Vera Bakker pours herself into the paper, mainly painting landscapes, finding new interpretations of sights she’s seen in her travels over the years.

BOUNTIFUL, Utah – At a rest home, sometimes rest is the last thing you need.

“Boredom is quite a thing around here,” said Vera Bakker, a resident at Heritage Place assisted living center.

While she says the staff constantly schedules activities and events, it can be difficult to find the motivation to attend. For Vera, the struggle to keep busy — to feel useful — happens every morning.

For many in her situation, it’s tough not to pass the hours by thinking about the past.

“I got physically incapacitated,” she said, shaking her head. “I just basically couldn’t go and do things with my friends anymore that I’d been doing.”

Instead of “feeling sorry for myself,” as she puts it, Vera sought to find new ways to occupy her time. Now, if you knock on her door you’re likely to find her sitting at a small card table, surrounded by paper and watercolors — and it’s more than just a hobby.

That was about a decade ago. Today, she’s more involved than ever. Nearly every square inch of her walls are covered with pieces of art, each with the word “Vera” in the corner, written in the style of cursive only a retired teacher could master.

“I thought, ‘That’s a fun thing to do. I could make Christmas cards and birthday cards for my friends,'” Vera said. “They were quite impressed with it. They thought it was very nice, or at least they told me that.”

Surrounded by a collection of owls and the constant hum of an oxygen concentrator, Vera pours herself into the paper, mainly painting landscapes, finding new interpretations of sights she’s seen in her travels over the years.

“I decided I wanted to do something different besides knit afghans,” she said with a smile.

Vera’s even written, illustrated and published a number of children’s books, but she wanted to do more.

“You know, you can only put so many pictures on your walls,” she said. “And all your friends soon get tired of your pictures. They don’t have any more walls, either.”

So, she’s taken on her biggest project yet, one that began when a woman named Pat Brown came to her retirement home and spoke with the residents about a program called RSVP: the Retired and Senior Volunteer Program.

“She told us about the cards and letters they were putting in care packages for the servicemen and women,” Vera said. “I thought, ‘Yeah, that’s something I could do.'”

Turning her paintings into cards doesn’t just require that Vera knows how to paint, she’s also become a bit of a computer whiz.

“I’m OK with doing the things that I do with it,” she said modestly, while rolling her chair over to her desk.

But the process requires more than simply knowing how to send an email. Vera scans in her paintings, saves the images, prints them out, and even includes a personal note “so maybe they can know that I’m a real person,” she said.

Vera doesn’t know where her cards go — maybe overseas, maybe to hospitals — but she says it doesn’t matter. She simply wants to show her appreciation.

“I love this country,” Vera said. “We can live here and worship the way we want to, and raise our families, and I hope that it can stay that way. We don’t just live here for free; we need to pay some kind of rent on our place here on Earth.”

And so, at a rest home in Bountiful, you’ll find a woman who doesn’t do much resting. For her, the most important thing is having a reason to get up in the morning.

“It was hard not being able to do things anymore,” she said. “This meant giving me some purpose in life.”