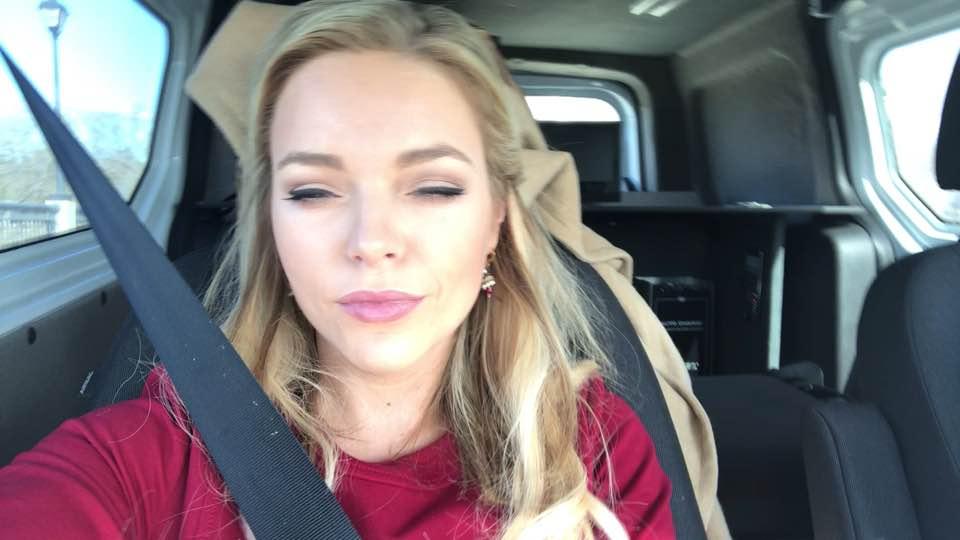 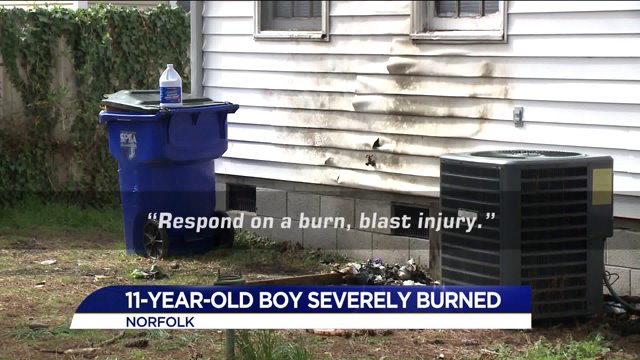 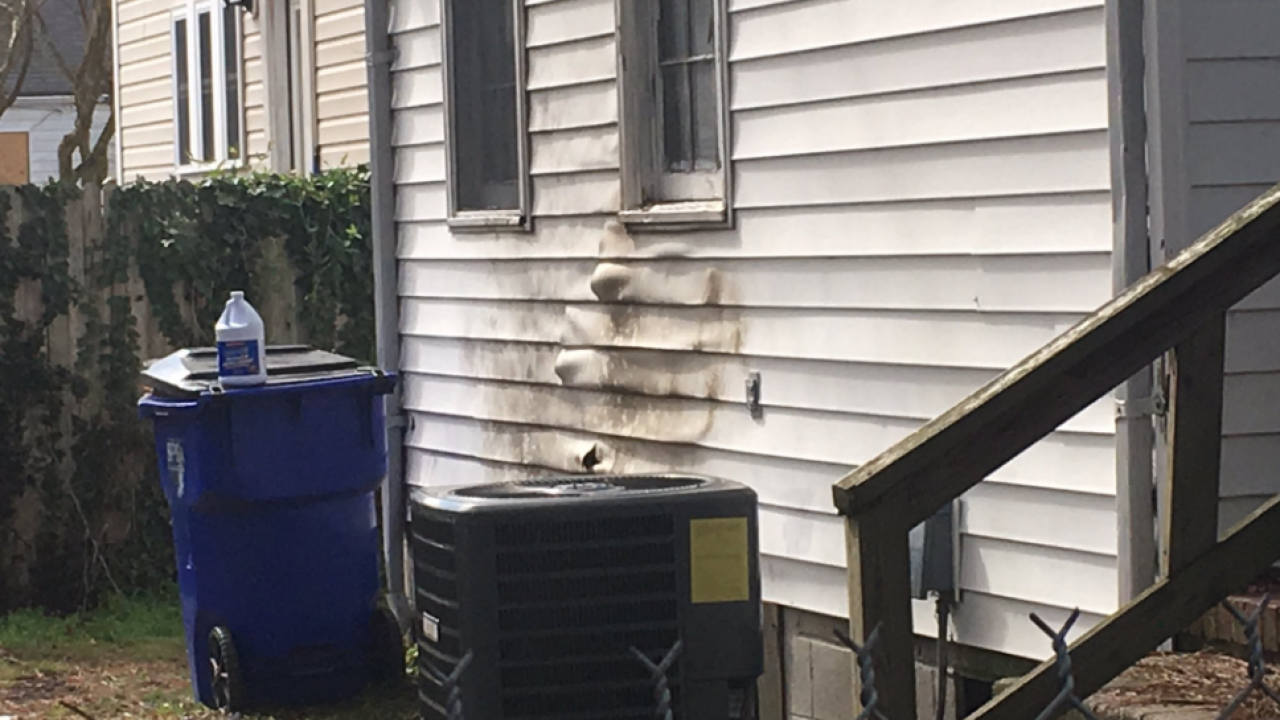 NORFOLK, Va. - Neighbors and fire trucks rushed to the scene of an explosion on Wednesday which left an 11-year-old boy with serious burns around 40 percent of his body.

Norfolk Fire and Police responded to a home in the 3300 block of Lens Ave., around 4:30 p.m. where they found the boy and quickly transported him to Children's Hospital of the King's Daughters.

According to police the boy was trying to light a fire in his backyard when he tried to add gasoline to an open flame. That is when police say the gasoline can exploded in the boy's arms.

Now, melted walls on the back of a home in the 3300 block of Lens Avenue are all that are left of the terrifying scene.

The child was at home with two older siblings who were inside at the time of the incident.

No charges have been filed by police and the incident has been classified as an accidental injury. Child Protective Services were notified but there is no word on whether or not they are investigating.

Doctors expect the boy to survive his injuries.