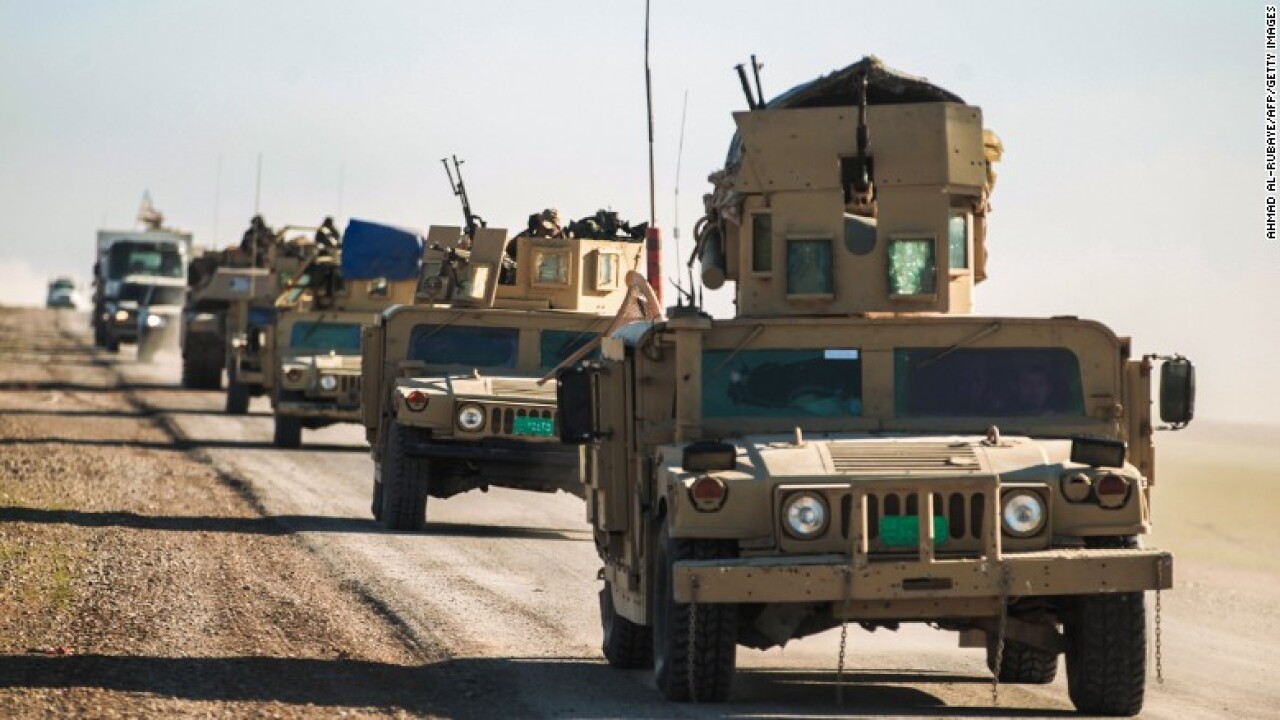 Iraqi forces have regained control of the airport in Mosul, part of a months-long operation to push ISIS militants from the city.

Forces launched a new bid to take the western areas of the city from the militant group on Sunday after declaring in late January that the east had been liberated.

The push to take western Mosul is expected to take some time — the east of the city took more than three months to take from ISIS control.

Federal police and rapid response forces, backed by drones and heavy artillery, advanced from several positions to storm the airport, Lt. Gen. Raid Shakir Jaudat said in a statement earlier Thursday. ISIS has held the airport since 2014 and has largely destroyed its infrastructure.

Sources have told CNN in recent months that ISIS has sabotaged the airstrip there to prevent its use.

“We have destroyed the majority of the enemy’s defensive (positions) … we are closely monitoring their movement and military planes are hunting them,” the statement reads, adding that forces would be able to finish the battle “in a record time.”

The airport is on a large area of land in that city is a symbolically important target for Iraqi forces. The area is an access point into the city from the southwest of the country Taking it puts Iraqi forces in control of an area on the river’s west bank for the first time.

A resident of western Mosul told CNN that groups of ISIS fighters had been searching homes in one neighborhood near the river’s bank Thursday morning, looking for cell phones and residents using them. ISIS forbids the use of cell phones and has executed residents in the past for using them.

The east and west is divided by the Tigris River, and US-led coalition airstrikes have damaged all five bridges connecting the two sides, in an effort to contain the militants in the west.

CNN went aboard an Air Force plane and met two residents of the east who had written some of the letters. One, Ghassan Mohammed Saadoun, said that he had received similar reassuring letters from other Iraqis when the east was being liberated.

He said ISIS had tried to confiscate those letters.

“I have lived that experience and seen these letters and leaflets, but ISIS tried to prevent us from seeing them as much as they can. When that happened, the children of ISIS went out into the streets and collected these letters early in the morning hours so no one could read them,” he said.

One of the letters read: “Do not be afraid of the security forces — they are coming to protect and to liberate you from injustice. Collaborate with them and don’t be afraid of them. They are your sons. We wish you safety and security.”

Another read: “We ask Allah to ease the pain that you are in. We pray to Allah to protect you. We ask you to please stay indoors for your safety when security forces arrive in your areas. Allah bless you our people.”

Iraqi commanders say the battle for western Mosul will be the toughest fight yet against ISIS. Over the past two years, the militant group has dedicated much of its defensive preparation to the western part of the city.

The city has networks of alleys that are impassable by military vehicles. Human rights organizations fear that the use of heavy weaponry in the narrow streets of the old city — where an estimated 650,000 civilians are still trapped — would probably result in very high human toll.

Meanwhile, US troops operating around Mosul have been in exchanges of fire with ISIS, and some have been wounded in the last six to eight weeks as they have pushed closer to key frontlines, military officials acknowledged Tuesday.