Cowboys, Cardinals to meet in 2017 NFL Hall of Fame Game 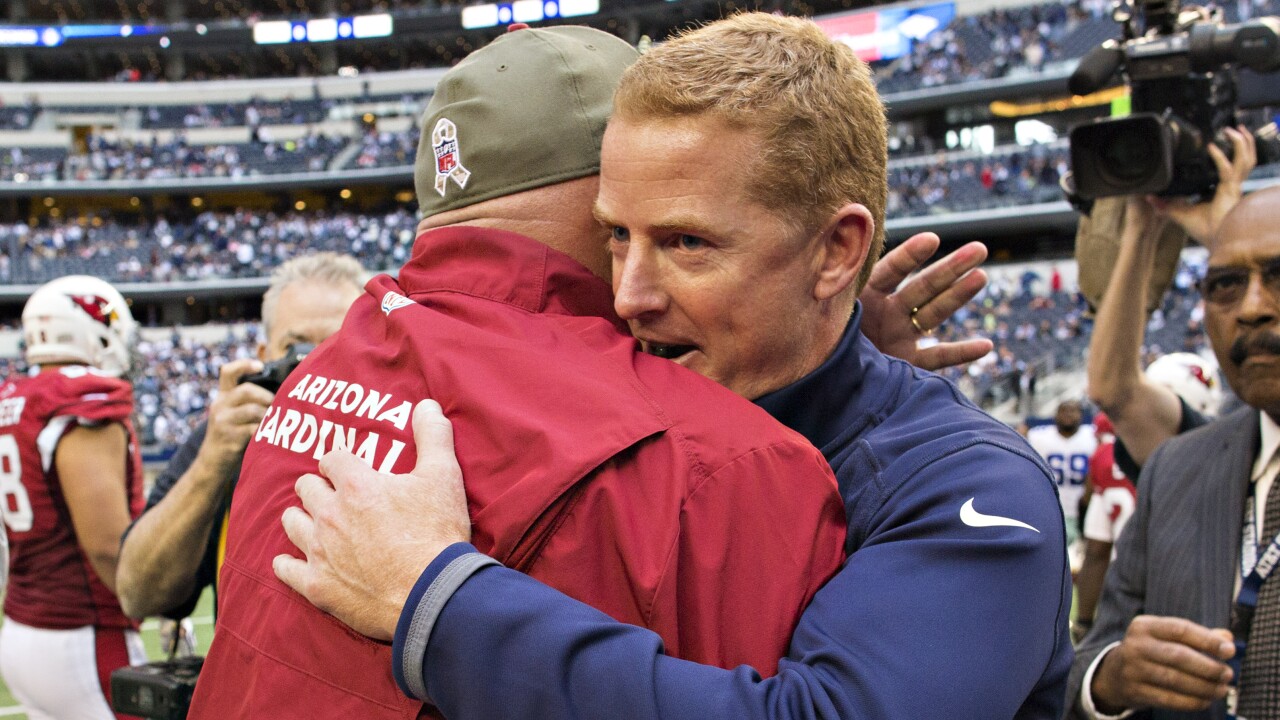 Head Coach Jason Garrett of the Dallas Cowboys and Head Coach Bruce Arians of the Arizona Cardinals hug after the game. (Photo by Wesley Hitt/Getty Images)

CANTON, Ohio – The Arizona Cardinals and Dallas Cowboys will travel to Canton, Ohio in August to kick off the 2017 Pro Football Hall of Fame Enshrinement Week Powered by Johnson Controls. The Cowboys and Cardinals will face each other in the Hall of Fame Game on Thursday, Aug. 3 in Tom Benson Hall of Fame Stadium.

NFL Hall of Fame Game at Tom Benson Hall of Fame Stadium on August 7, 2016 in Canton, Ohio. The game was cancelled due to poor field conditions. (Photo by Joe Robbins/Getty Images)

Last year’s Hall of Fame Game was cancelled due to problems with the playing surface.