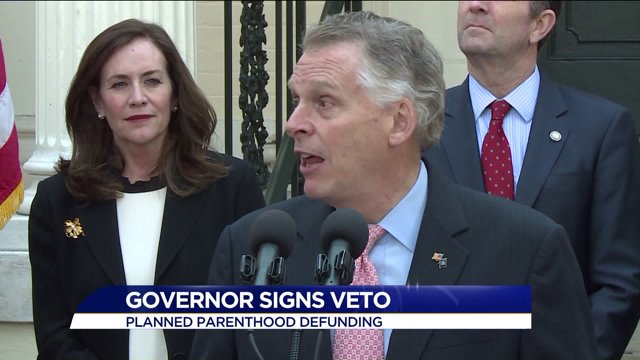 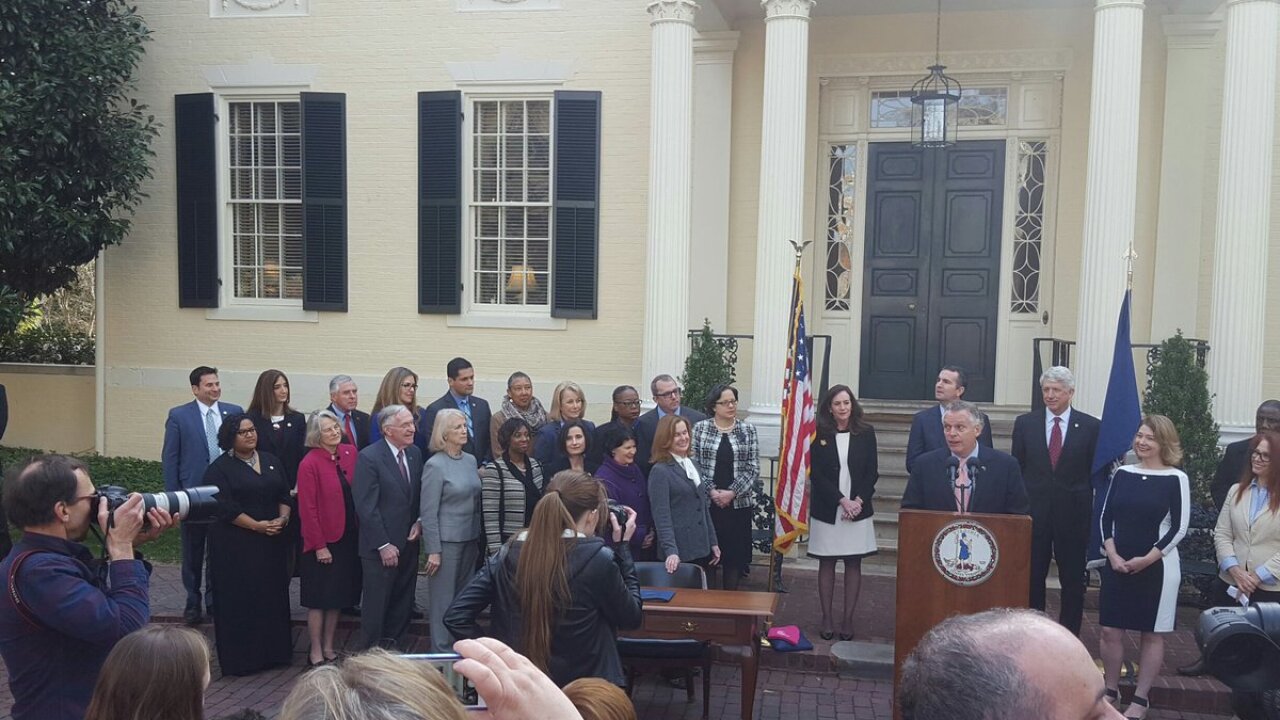 RICHMOND, Va. - Gov. Terry McAuliffe announced Tuesday his veto of House Bill 2264, which which would cut off federal Title X funding for Planned Parenthood and any other groups that perform abortions in Virginia.

"Without access to reproductive care and the freedom to exercise choice, women are denied the choice to make deeply personal health decisions," said McAuliffe. "It's time that our General Assembly understands that we have a responsibility to protect the rights and dignity of women."

Cline introduced an identical bill in the 2016 legislative session. It passed both the House and the Senate but was vetoed by Gov. McAuliffe. An attempt to override the veto in the House fell one vote short.