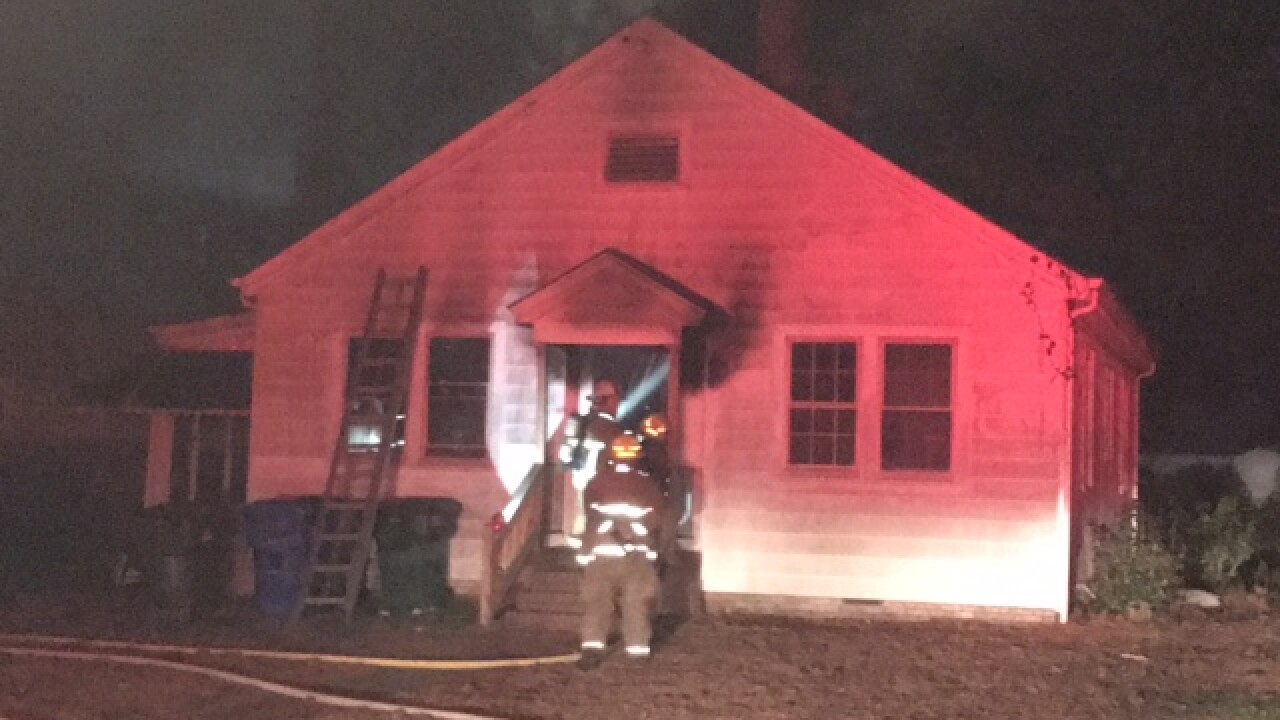 SUFFOLK, Va. – Two dogs were rescued from a house fire in Suffolk late Sunday night and a man was sent to the hospital with minor injuries.

Crews arrived to find flames coming from the two-story residence.

Two dogs were rescued from the home by firefighters. An adult man at the house received emergency medical assessment and treatment at the scene before being taken to Sentara Obici Hospital with minor injuries.

The cause of the fire is undetermined and the Fire Marshal’s Office will be investigating.