A few good women: Why there aren’t more female cops in Hampton Roads 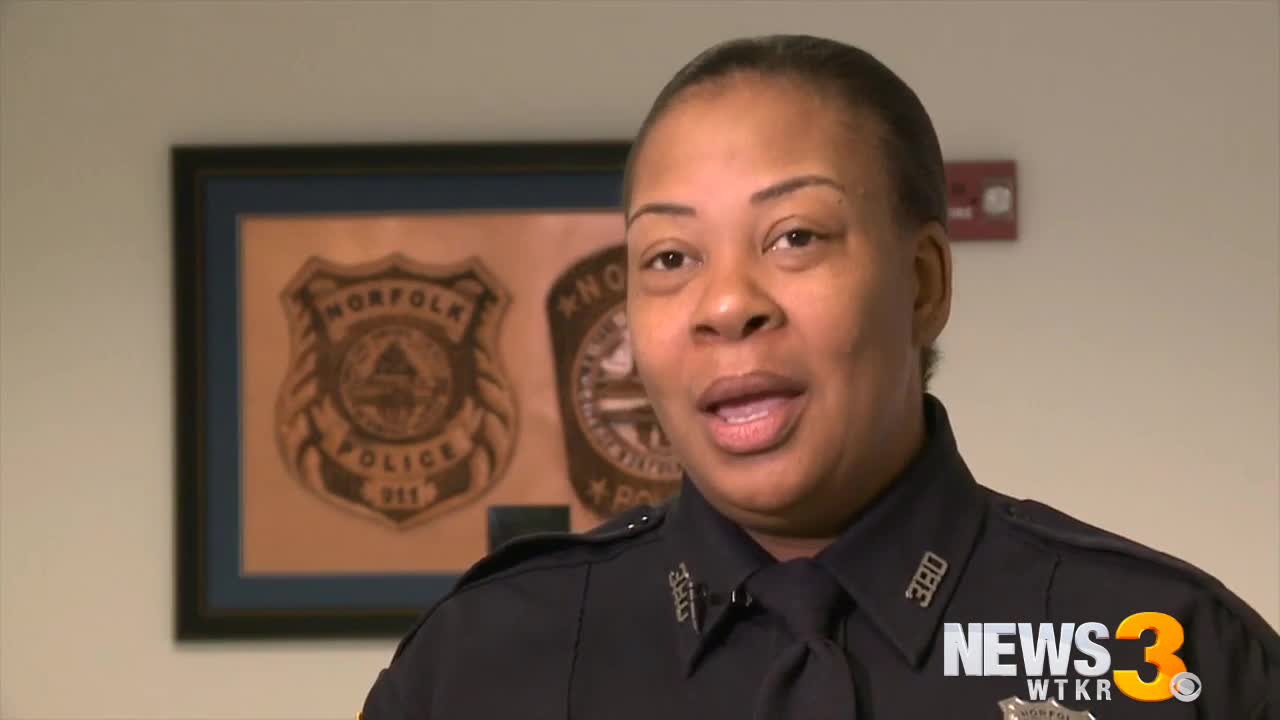 Check out what sparked a career in law enforcement for these women, and why they chose to work for the Norfolk Police Dept. 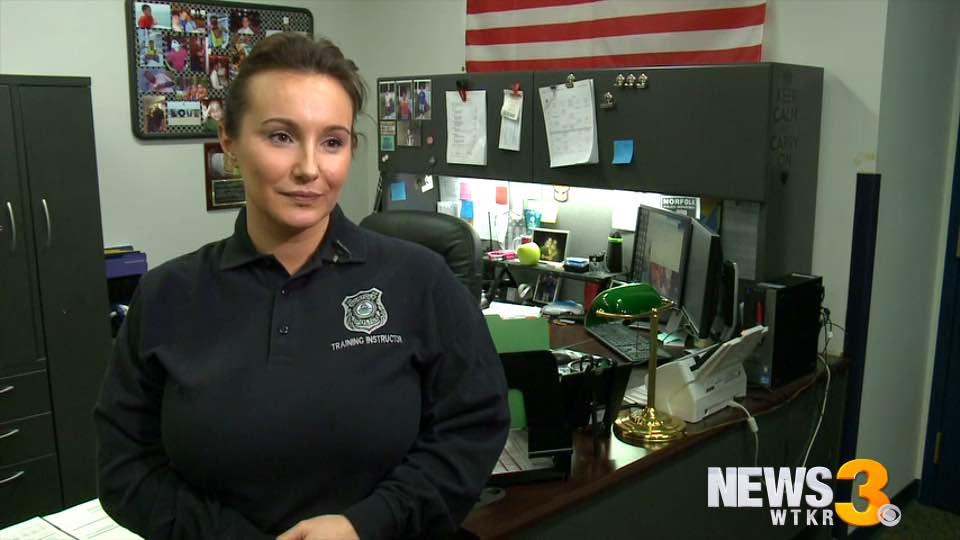 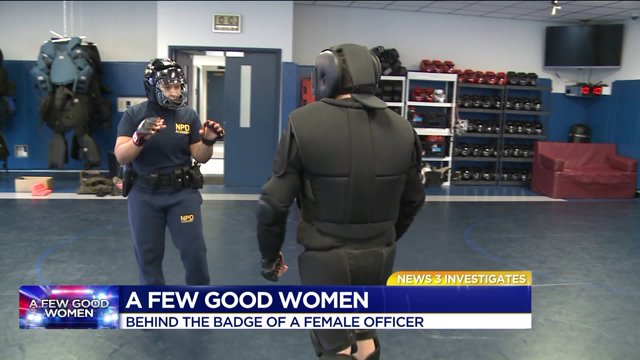 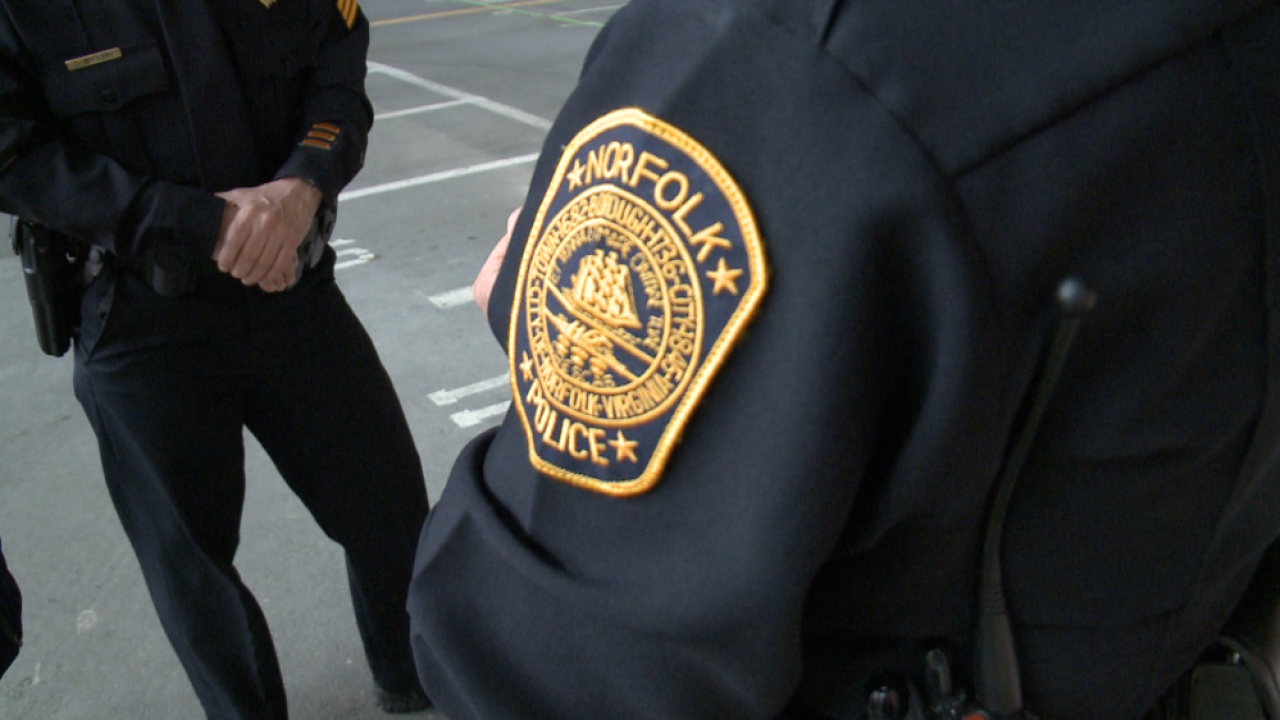 NORFOLK, Va. – A career that is all too often overlooked by women: a career in law enforcement.

“I come from a family of law enforcement officers, but my mom always said, ‘think about something else. Maybe it is not right for girls,’” said Officer Kimberly Cole, a member of the Hostage Crisis Negotiation Team with the Norfolk Police Department.

Today, like Cole, many officers at NPD would argue the exact opposite: policing is not only a great job for women, but can offer them a career.

“We talk first,” said Cpl. Jackqueline Munoz, with a smile. “Guys want to use their muscles first.”

We spoke to numerous officers for this story, and many confirmed female cops are great investigators, and are the best candidates when selecting an officer to handle victims of abuse or sexual assault.

Officer Jo Ann Hughes joined the department when she was 42 years old.

“We are fantastic interviewers,” said Cole. “We are good listeners. When our ‘mama bear’ comes out, we are extremely protective.”

(Scroll down for our extended interview with Officer Cole.)

“We are good at de-escalating situations,” said NPD Officer Jo Ann Hughes. “Which is what you really want in an officer.”

Women are so valuable in law enforcement that Norfolk’s police department has recently pledged to actively recruit more females to the force.

Officer Valencia Keese was a stay at home mom before she decided to become an officer.

“I come from a family of school teachers,” said Hughes, who decided to join the force after she witnessed and stopped some school kids from breaking-in to a vehicle.

The Suffolk Police Department has the most female officers, with more than 23 percent of females making up their sworn staff.

Norfolk Police Department has the lowest percentage of female officers, with only ten percent of females making up their sworn staff.

When we added up the data, News 3 investigators discovered for every seven male officers, there is only one female officer in Hampton Roads.

While many women might not consider law enforcement as a career, each female police officer we spoke with had their own story when asked how they ended up on the force.

“I was a stay at home mom,” said NPD Officer Valenica Keese, taking a break from her defensive tactics course. “I wanted to fulfill my role as a parent and being a role model for my kids.”

Others were searching for a life after the military.

Woolery says she has spent the last 17 years of her life with the Norfolk Police Department, and she recently became the department’s first female Range Master.

For some women, the thought to join a police department came from another female officer.

“I went through a traumatic event when I was in my early adult years,” said Cole. “There was a woman that was in law enforcement, and she made such an impact. I said, ‘I want to do that. I want to be that person for somebody.’”

Then there are the women who found the career by chance.

“I was 21, and I was looking for a job,” said Cpl. Jackqueline Munoz, head of NPD’s Crisis Intervention Team. “I was looking online, and I came across the Norfolk Police Dept. an online ad, and I started reading through it, and I said, ‘I can do that!’”

Munoz smiles and laughs as she re-tells her story.

“So I applied, and they hired me! And 15 years later, here I am: corporal of the department.”

It is a job that has no age limit.

“I still have the dubious honor of being the oldest woman to have graduated from the Academy,” said Hughes, smiling. “I was 42 when I graduated, and I’ll be 55 this year.”'

Cpl. Jackqueline Munoz decided to join the force after seeing an online ad.

It is a career that can transform not only your life, but someone else’s life too.

“And that is a really good feeling.”

The risk takers, the brave, and the beautiful: Norfolk’s pledge to hire more female cops is a sign of hope that one day departments across the country will have more than a few good women.

(Want to know how many women are patrolling your streets? Click here to see our infographic city breakdown!)