Trump: Netanyahu should ‘hold back’ on settlements 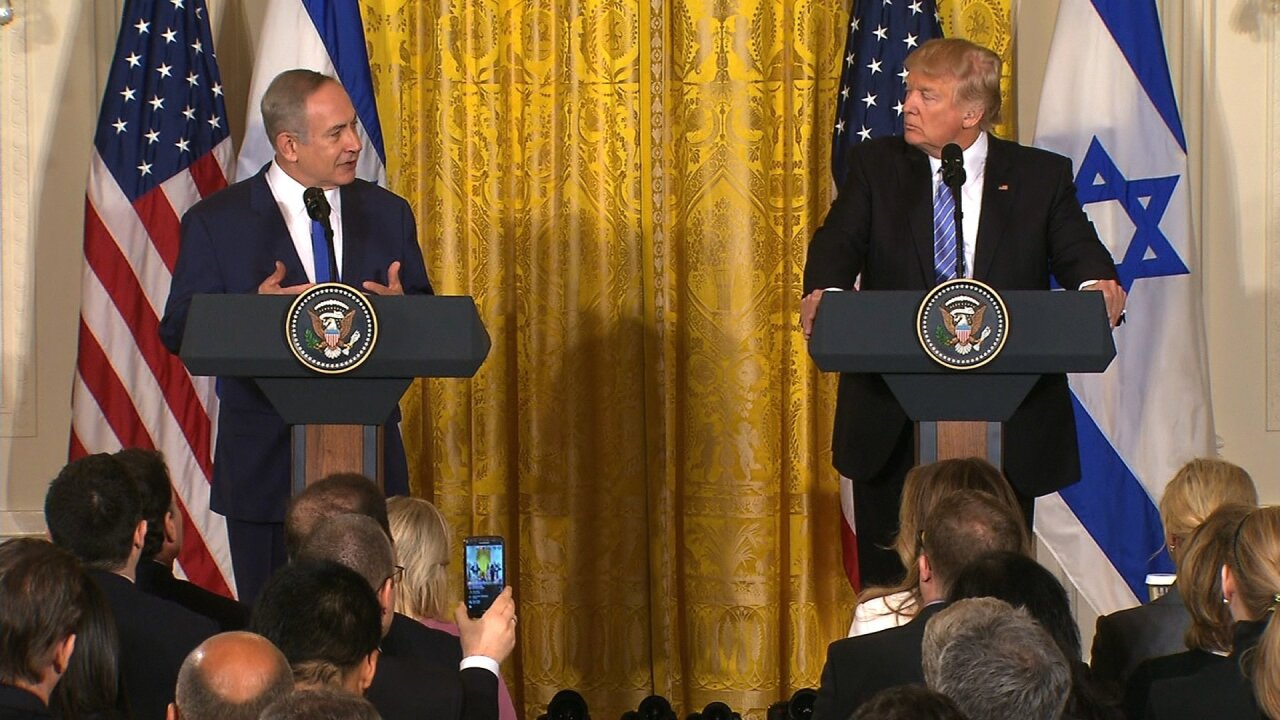 President Donald Trump told Israeli Prime Minister Benjamin Netanyahu Wednesday that the US is going to push for a peace deal with the Palestinians and asked Israel “to hold back” on settlement construction.

“I’d like to see you hold back on settlements for a little bit,” he said, a stronger opposition to the controversial building in the West Bank than he’s previously articulated.

Trump made the statements at a news conference welcoming the Israeli leader to the White House for their first face-to-face meeting since the inauguration.

“The United States will encourage a peace, and really a great peace deal. We’ll be working on it very diligently,” Trump said. “But it is the parties themselves who must directly negotiate such an agreement.”

To achieve that deal, the President said, “The Israelis are going to show some flexibilty” and “they have to show they really want to make a deal.”

For the Palestinians, he said, “You can talk about flexibility there, too,” criticizing incitement in Palestinians schools.

Trump declined to say whether he favored the two-state solution his past two predecessors have pursued in the region, instead saying he is “looking at two state and one state and I like the one that both parties like.”

On Tuesday night, the Trump administration signaled a major break with bipartisan US policy by not issuing a call for a two-state solution to the Israeli-Palestinian conflict. A senior US official said Wednesday that “it’s not for us to impose that vision.”

Trump also spoke of Israel and America’s joint opposition to Iran’s nuclear ambitions, repeating a frequent criticism of the deal between Tehran and six world powers worked out under the Obama administration.

The encounter Wednesday is expected to be the start in a warmer chapter in US-Israel relations after years of discord between Netanyahu and the Obama administration.

Netanyahu arrives at a White House in turmoil following the resignation of national security adviser Michael Flynn and CNN’s report that top Trump campaign officials, including Flynn, were in contact with suspected Russian operatives during the campaign, according to multiple former and current officials.

The topic of Russia’s role in the Middle East is likely to be among the issues the leaders discuss, as Moscow has played a key role in bolstering Syrian President Bashar al-Assad in the Syrian civil war. Iran and Israel’s relations with Arab neighbors as well as the peace process are also anticipated to be major topics.

Trump and his advisers have signaled that he will seek to strike a much friendlier stance toward Israel, a change Israeli officials have welcomed after the combative and at-times bitter relationship between Netanyahu and President Barack Obama.

Still, his administration’s policy toward Israel is not yet fully formed. That could provide Netanyahu with an opening to influence that policy during his visit on Wednesday, but it also means that Trump has backed off some of his bolder statements backing Israel’s positions.

During the presidential campaign, he encouraged Israel to “keep going” with its construction of settlements in the West Bank. But Trump said in an interview last week that he believes settlements “don’t help the process” and are not a “good thing for peace,” before his even sharper language Wednesday.

He has also stepped back from his campaign pledge to move the US Embassy from Tel Aviv to Jerusalem, now saying he is “studying” the issue.

Trump also said during the campaign that he would recognize Jerusalem as Israel’s “undivided” capital — a controversial move that since current US policy is to address Jerusalem’s status in a final peace agreement. Trump has not signaled whether he will follow through on that pledge.