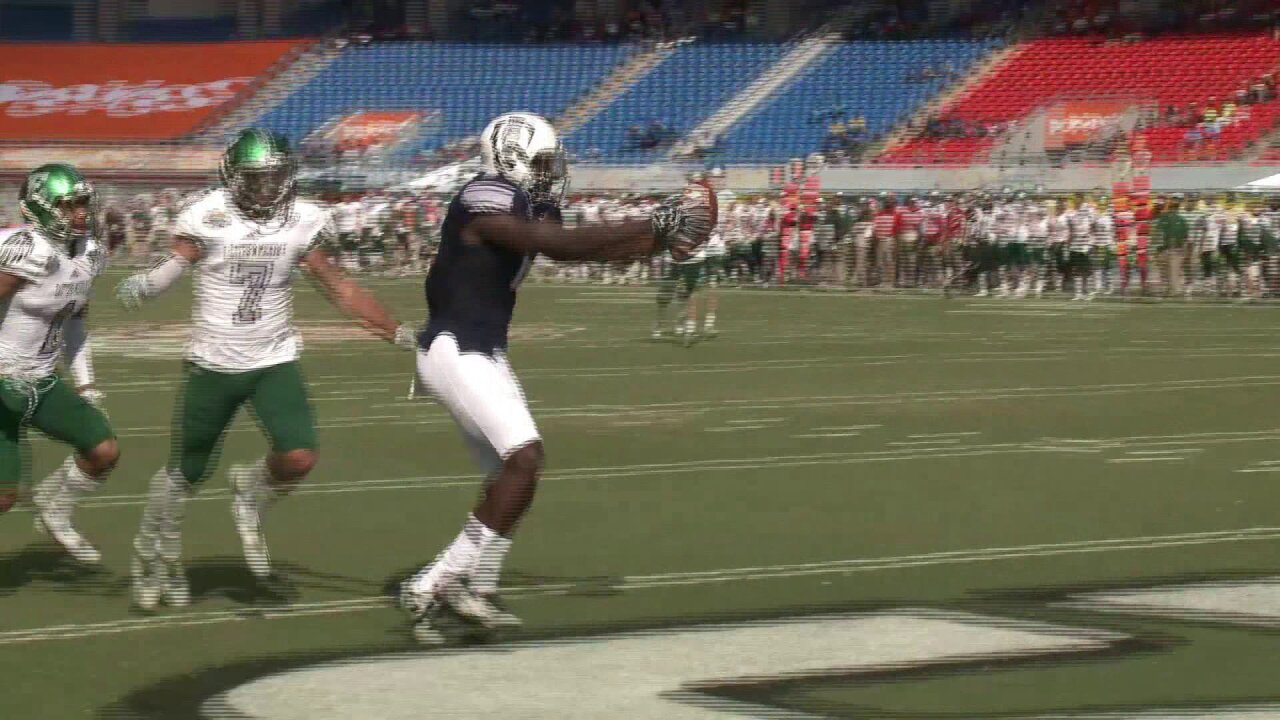 Zach Pascal scores a touchdown during the Bahamas Bowl.

Zach Pascal is the all-time leader in receptions at Old Dominion.

INDIANAPOLIS, Ind. – Old Dominion University Football wide receiver Zach Pascal was invited to the 2017 NFL Scouting Combine held at Lucas Oil Stadium, home of the Indianapolis Colts, from Feb. 28 to March 6. Pascal will be the first Monarch to participate in the combine.

Pascal led the 2016 Monarchs with 65 catches for 946 yards and tied for the team-lead with nine touchdown catches. He also rushed 23 times for 145 yards, and returned 12 kickoffs for 315 yards, including a team-best 53-yard return against Southern Miss. He recorded three 100-yard receiving games, and led ODU in receiving seven times. His streak of catching a pass in 49-straight games, every game he played, is the second longest active streak in FBS.

A native of Upper Marlboro, Maryland, Pascal leaves ODU as the all-time leader with 233 receptions and is second in school history with 3,193 receiving yards, just 74 yards behind the leader Antonio Vaughan (3,267). He is tied for second with Nick Mayers with 30 touchdown catches, and is second in all-purpose yards behind Vaughan with 4,262. As a junior, Pascal set the ODU single-season record for all-purpose yards with 1,549.

Pascal is one of 11 Conference USA players invited to the combine.