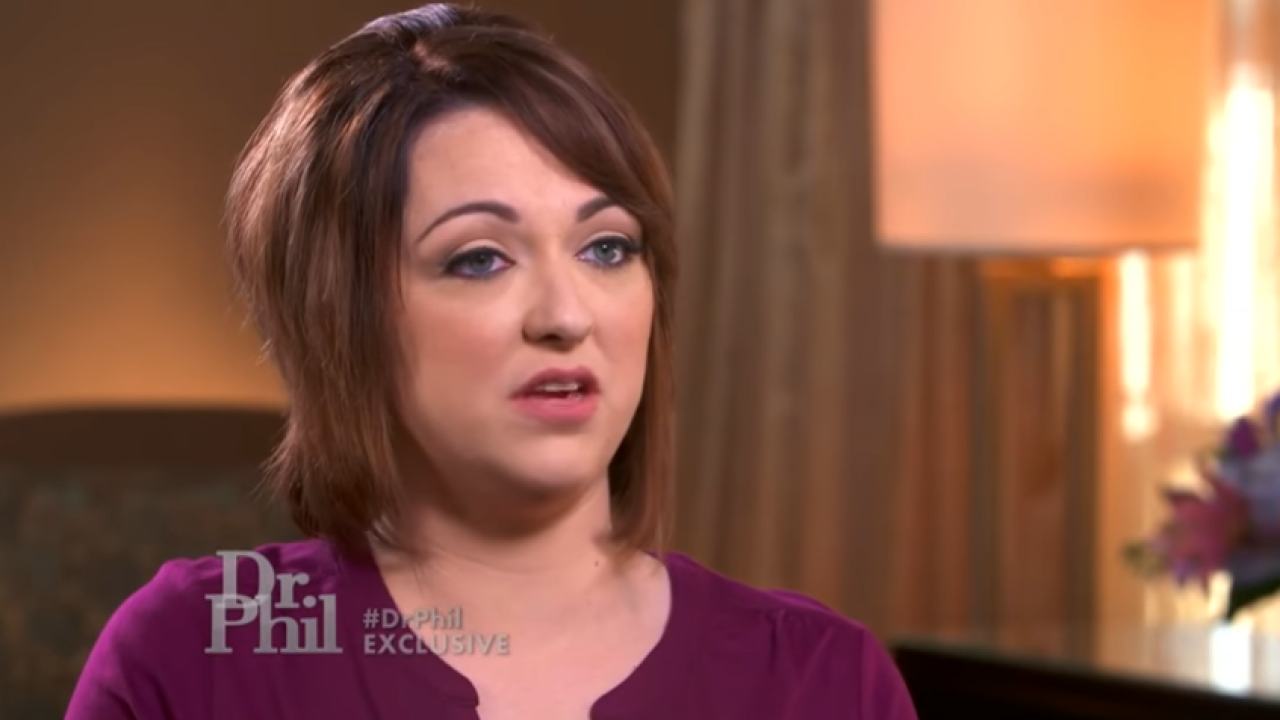 Real estate agent Todd Kohlhepp emerged from a garage on his South Carolina farm firing in the direction of the unsuspecting couple waiting for him holding hands. Kala Brown says he calmly shot her boyfriend three times in the chest.

Brown didn’t know Kohlhepp well, but she felt she had no reason to fear him when he asked her and her boyfriend, Charlie Carver, 32, to meet him at his farm near Woodruff, South Carolina. The 30-year-old had cleaned houses for Kohlhepp’s real estate listings, normally bringing along Carver.

But on August 31, Brown said Kohlhepp grabbed her from behind and dragged her into the garage after shooting Carver. It began a nearly two-month period of captivity for her.

She spoke publicly on “Dr. Phil” Monday about the torture authorities said she endured at the hands of Kohlhepp. She tearfully recounted how Kohlhepp bound her and gagged her after shooting Carver. She said she blames herself for leading Carver to his death.

“I was numb. I couldn’t think. I still hadn’t comprehended what happened,” Brown said of seeing Carver get shot on the farm, not far from where Kohlhepp lived in Moore, South Carolina, a few miles south of Spartanburg.

On November 3, the Spartanburg Sheriff’s Office went to Kohlhepp’s farm to search for Brown, who had been missing along with Carver since August. Investigators found her chained by the ankle and neck screaming for help in the storage container. Kohlhepp was charged with kidnapping in Brown’s case.

Authorities said a social media post indicated Brown was scheduled to meet Kohlhepp at the farm on the day the couple disappeared. And the last ping from her cell phone came from Kohlhepp’s property, authorities said.

Kohlhepp didn’t cooperate at first but on November 5, he went back to the property with investigators and led them to Carver’s body and two other bodies — Johnny Joe Coxie, 29, and his wife, Meagan Leigh McCraw Coxie, 25. The couple had been reported missing the previous December by Meagan Coxie’s mother, according to the Spartanburg County Sheriff’s Office.

Kohlhepp also confessed to a 2003 quadruple homicide at a motorcycle shop in Chesnee, about 15 miles north of Spartanburg, according to authorities.

Kohlhepp is also a registered sex offender. He was a teenager living in Tempe, Arizona, when he was accused of holding a 14-year-old girl at gunpoint and sexually assaulting her. Originally, he was charged with kidnapping, sexual assault and committing a dangerous crime against children. The other charges were dropped after he pleaded guilty to kidnapping and was sentenced to 15 years in prison, according to court records obtained by CNN affiliates KPHO and KTVK.

Years later, he became a well-known real estate agent with a successful business in the Spartanburg area.

Brown, of Anderson, South Carolina, said she knew Kohlhepp from Facebook. He had contacted her on the social networking site after she posted she was looking for work. He offered to pay her to clean the properties he listed and encouraged her to bring someone with her. She said she often brought Carver.

Usually, she and Carver would meet Kohlhepp at his home and he would give them the keys and the address. But on August 31, Kohlhepp took them to his farm; he said had to unlock the fence, she said.

The couple followed Kohlhepp onto the property and he locked the gate behind them, Brown recalled. She didn’t find Kohlhepp’s actions odd.

“I always feel like I should’ve known better. There was really no way I could’ve,” she said on the show.

She, Carver and Kohlhepp drove farther into the farm, past the two-story garage and a metal container, she said. The trio went into the garage where Kohlhepp told them that he wanted them to clear some underbrush with hedge clippers, she said.

He gave them each a bottle of water and the tools for the job.

“He said he was going to take us and show us what trail he wanted us to start on,” Brown said.

The three left the garage but Kohlhepp said he needed to get something, and he walked back into the garage.

Carver and Brown held hands for the few minutes they waited for Kohlhepp. They had been seriously dating for four to five months and planned on getting married, she told host Phil McGraw.

“He walked out and he had the gun in his hand, and he pretty much shot Charlie before he ever even made it completely out the door,” Brown said.

“Not until he grabbed me and told me to come inside or I’d join Charlie,” Brown said.

She said Kohlhepp was “completely calm and reserved. It was like nothing out of the way had even happened.”

‘You lost a man you loved’

In the garage, Kohlhepp put her on the ground and handcuffed her hands and her ankles. He then put a ball gag in her mouth, Brown said.

“And then he told me he had to go take care of Charlie and he left me there,” Brown said.

Brown later told investigators she watched Kohlhepp shoot Carver, a solicitor said in court. Carver had multiple gunshot wounds to the upper part of his body, according to a coroner.

Brown told McGraw on Monday she recalled that Kohlhepp wrapped Carver up in a blue tarp.

At one point, McGraw stopped the interview and said he was sorry for her loss.

“You lost a man you loved. And you lost him violently and abruptly, and that’s the most traumatic way you can lose somebody,” McGraw said.

She wiped away tears as he spoke.

“Have you said goodbye to him in your mind?” he said.

“What do you say to him now?” McGraw said.

“I apologize a lot … It was my job. He was there with me. I’m sorry about that,” she said.

Threatened to kill her

Brown said she had thought of bringing someone else to Kohlhepp’s property that day but Kohlhepp told her he preferred she bring Carver. Kohlhepp said he didn’t want anyone else knowing where he lived, according to Brown.

She said Kohlhepp told her, “It was easier to control someone if you took someone they loved.”

On her first day of captivity, Kohlhepp shuffled her into the dark, hot metal storage container where he kept rations and bottles of water.

He left her bound and gagged, she said. Then he put the chain around her neck and attached the chain to the container.

The second part of the interview will air on Tuesday.