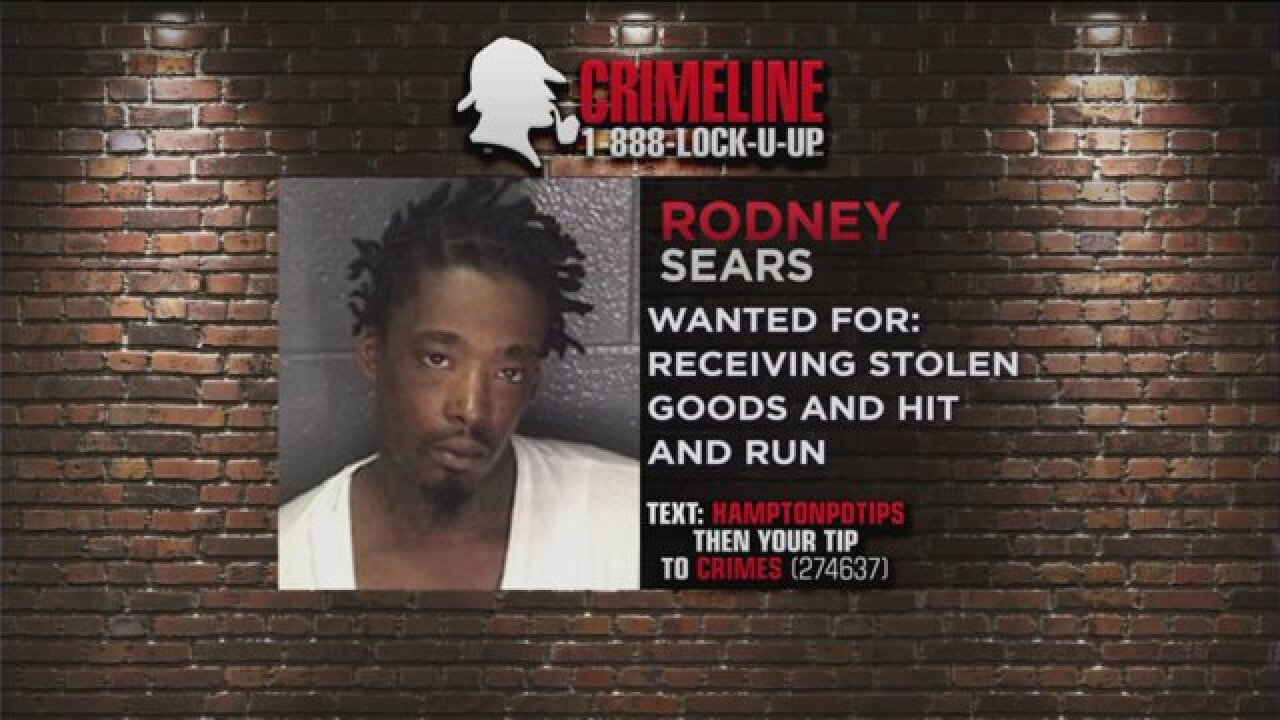 HAMPTON, Va. – Police in Hampton have arrested a suspect featured on News 3’s Taking Action Against Crime segment in February.

According to police, Rodney Eugene Sears, 32, was wanted for a number of charges.

To see other suspects who police are still looking for, click here.