Man cited for having loaded gun at Norfolk International Airport 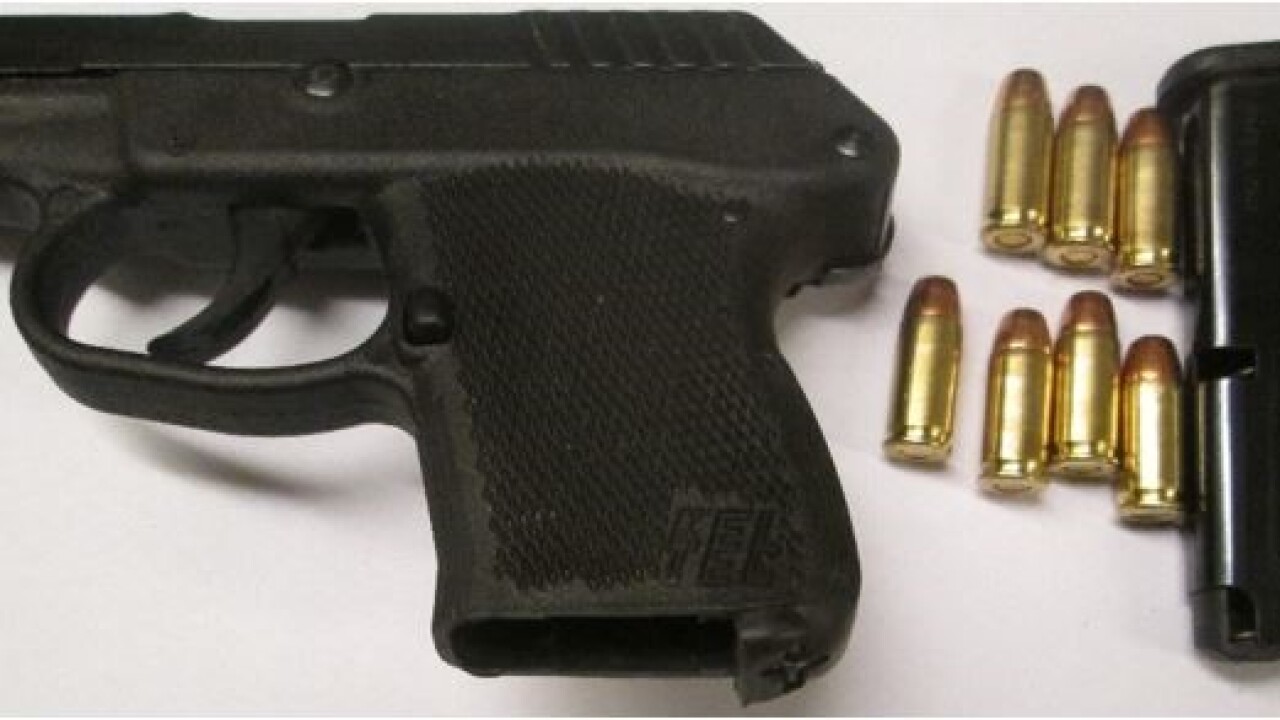 This .32 caliber handgun was detected by TSA officers at the Norfolk International Airport checkpoint on Sunday, February 12. It was loaded with seven bullets total. (Photo courtesy of TSA.)

This .32 caliber handgun was detected by TSA officers at the Norfolk International Airport checkpoint on Sunday, February 12. It was loaded with seven bullets total. (Photo courtesy of TSA.)

NORFOLK, Va. – A man was cited Sunday for having a loaded gun at Norfolk International Airport.

Transportation Security Administration officers prevented the man from bringing a .32 caliber handgun on a plane.

It was loaded with seven bullets, with one in the chamber, a TSA official said.

TSA officers detected the gun and ammunition as the man was entering the airport checkpoint.

The TSA officer who was at the checkpoint X-ray machine saw the gun as it traveled in the man’s bag on the conveyor belt. TSA officers quickly contacted the Norfolk Airport Authority Police and they responded to the checkpoint.

This was the second gun caught at a checkpoint in the airport in 2017. In 2016 TSA officers detected 14 guns at checkpoints.

TSA reminds travelers there is a right way to travel with a firearm and a wrong way. The wrong way is to bring it to a checkpoint.  Passengers are permitted to travel with firearms in checked baggage if they are unloaded, packed in a hard-side case, locked, and packed separately from ammunition. Then the firearm must be taken to the airline check-in counter.