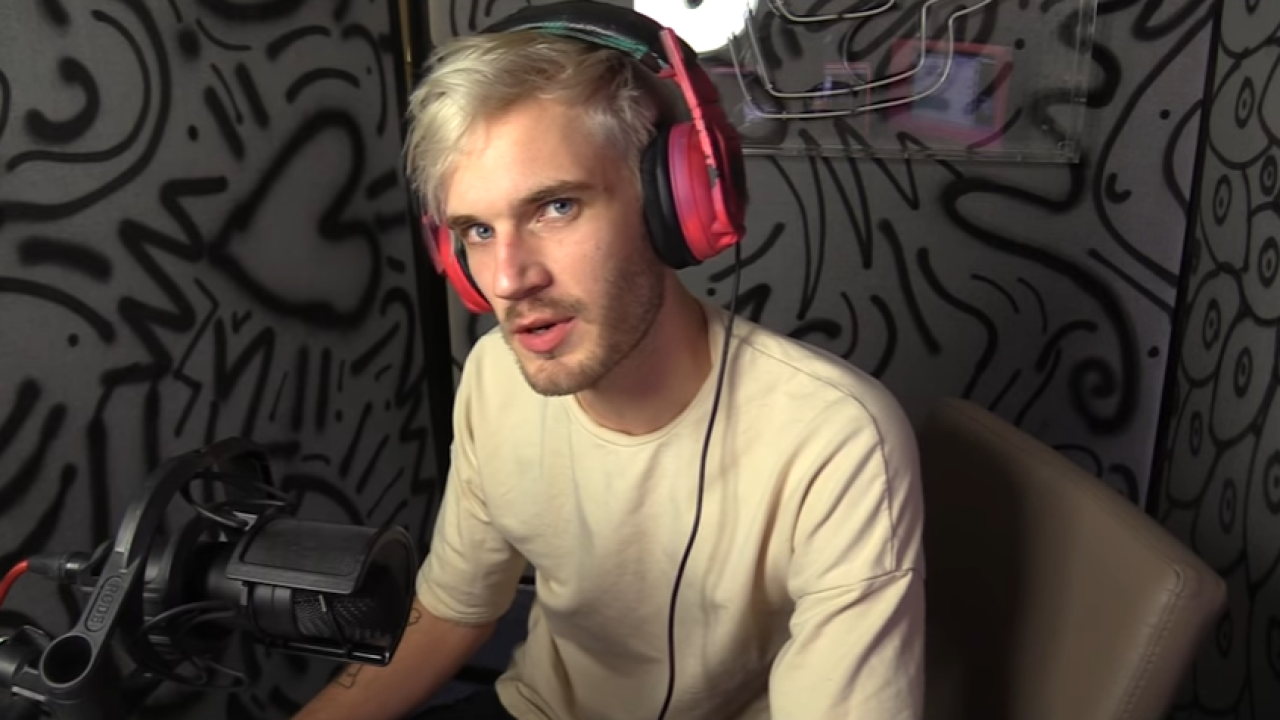 A star YouTuber has been dumped by Google and Disney after being accused of using anti-Semitic jokes and Nazi imagery.

With 53 million subscribers, Felix Kjellberg — or “PewDiePie” — is one of the most popular filmmakers on YouTube.

The Swede has turned radioactive, however, after the Wall Street Journal reported that he has posted nine videos since August that include objectionable material. One video shows two men holding a sign that reads, “Death to All Jews.”

YouTube said Tuesday that it has canceled the second season of Kjellberg’s show, called Scare PewDiePie, that had been commissioned for its YouTube Red subscription service.

A spokeswoman declined to say how much Kjellberg would have earned for the season, but major stars can earn fees comparable to those of TV show creators.

YouTube has also removed the PewDiePie channel from its “Google Preferred” service, which includes the network’s most watched and shared videos.

Disney did not respond to repeated requests for comment. But the company’s Maker Studios division, which produces YouTube content, told the Wall Street Journal that it was also severing ties with Kjellberg.

“Although Felix has created a following by being provocative and irreverent, he clearly went too far in this case and the resulting videos are inappropriate,” the company said in a statement to the newspaper.

YouTube has not removed the videos produced by Kjellberg, but it did strip some of them of advertisements. Kjellberg appears to have removed one of the videos himself.

In a statement posted to his blog, Kjellberg said that he does not support “any kind of hateful attitudes.”

“I think of the content that I create as entertainment, and not a place for any serious political commentary,” he said. “Though this was not my intention, I understand that these jokes were ultimately offensive.”

Kjellberg’s videos have been viewed more than 14.6 billion times on YouTube. Forbes estimates that he earned $15 million in the year ended June 2016.