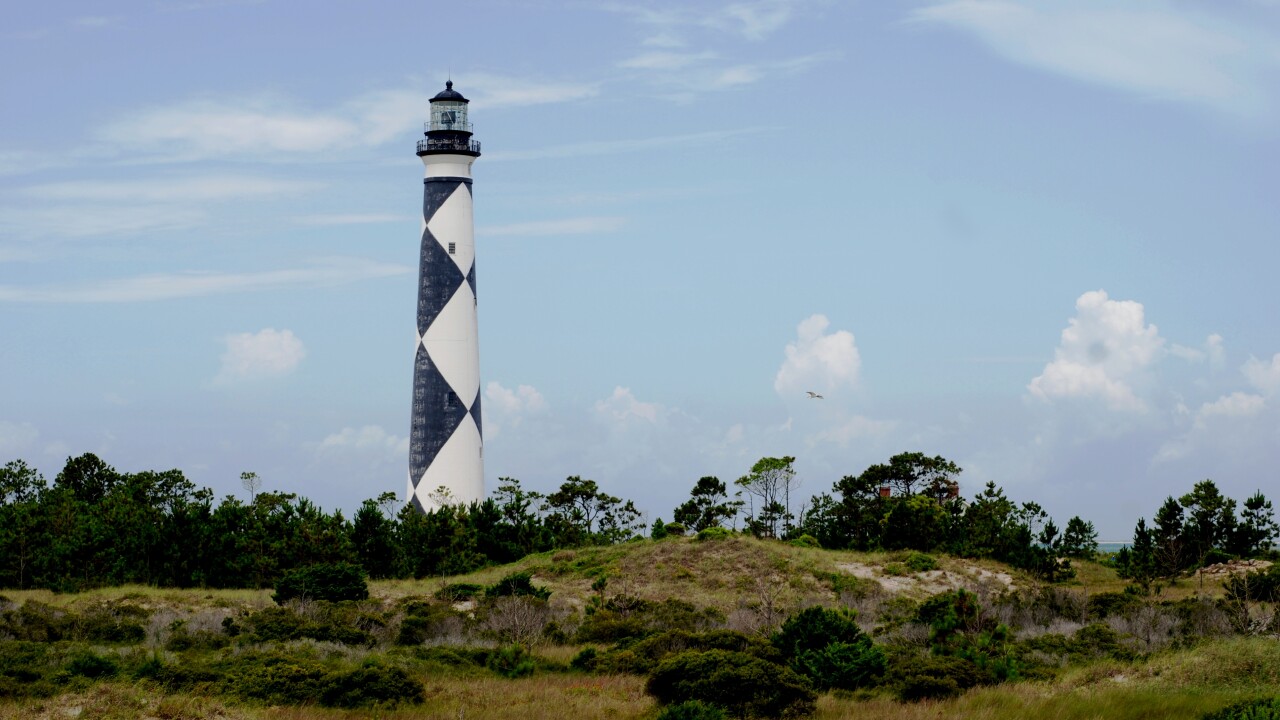 PORTSMOUTH, Va. – The U.S. Coast Guard is proposing upgrading the light at the Cape Lookout Lighthouse to a solar-powered LED optic.

The Coast Guard says the current sub-cable power supply is at the end of its expected service life.

The proposed new light would use solar power for its energy source and LED technology for the light. It would still flash white every 15 seconds and be visible from 360 degrees, but will no longer rotate.

However, the Coast Guard says this will restore the light to its original characteristics.

Within the 5th Coast Guard District, which spans from Pennsylvania to North Carolina, 22 of 39 lighthouses have been modernized with solar panels during the past decade.

“Our utmost goal continues to be ensuring the safe navigation of the mariner,” explained Chris Scraba with the U.S. Coast Guard 5th District Waterways Management Branch. “With Cape Lookout Shoals already properly marked with six sea-going buoys, and the range of the new optic still reaching approximately four nautical miles beyond the continuous shoals, the modernization of the light will ensure its continued reliable service to the mariner in a cost effective and environmentally conscious way.”

The U.S. Coast Guard’s proposal reflects its consultation with the North Carolina State Historic Preservation Office and the National Park Service to preserve the light’s historical appearance. Solar panels will be placed at a SHPO approved site.