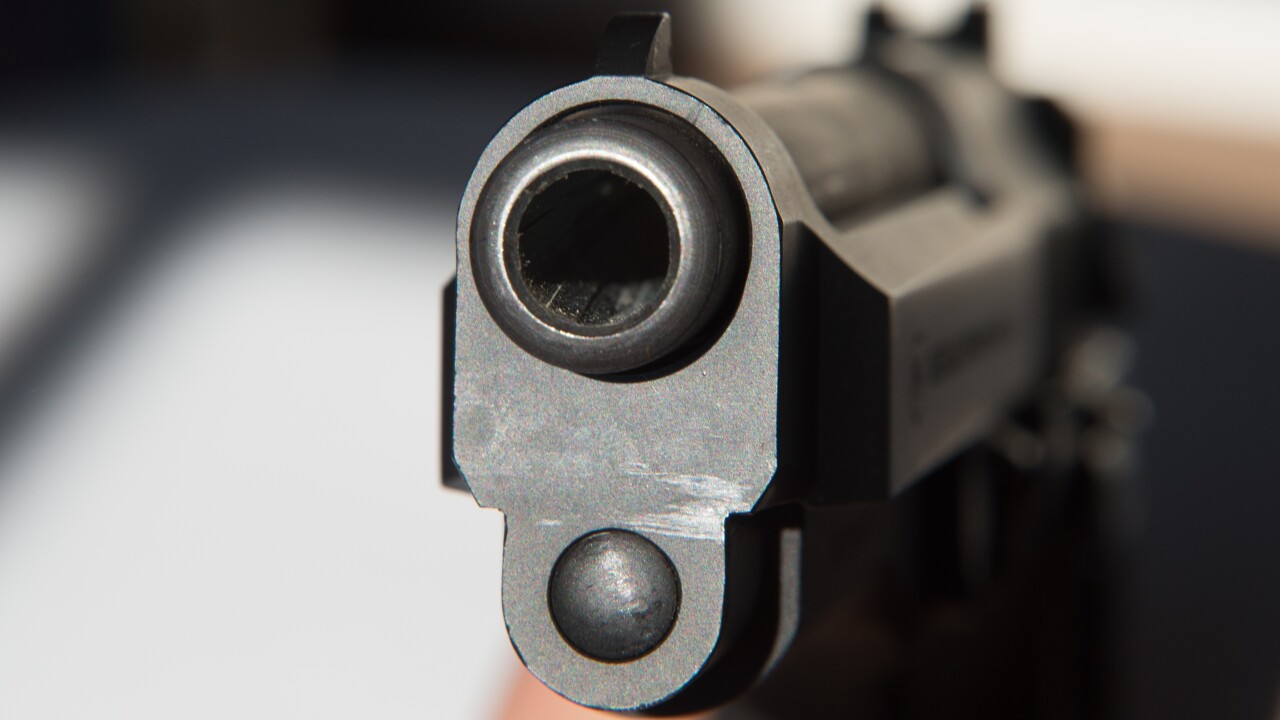 Muzzle and front sight of a 9mm pistol

Victims of domestic violence would get early access to concealed handgun permits under a bill approved Monday by the state Senate.

HB 1852 would allow those with protective orders to carry a concealed handgun after they apply for a permit. It was introduced by a Republican coalition of delegates including Todd Gilbert of Shenandoah County, Nick Freitas of Culpeper, Rick Morris of Suffolk, Ron Villanueva of Virginia Beach and Michael Webert of Fauquier County.

The bill was passed by the Senate Monday on a 27-13 vote after approval by the House of Delegates on Feb. 3. It will now be sent to Gov. Terry McAuliffe to seek the governor’s signature. McAuliffe vetoed similar legislation last year and plans to do the same with this iteration, according to Sam Coleman, an aide.

Under current Virginia law, it is illegal to carry concealed handguns until a permit is granted – a process that can take up to 45 days after the application is filed. Gilbert said that, for the victims of abuse, that time can be the difference between life and death.

To address the issue, the bill would allow those with protective orders to carry a concealed handgun for up to 45 days without a permit as long as they have applied for one. Gilbert said this would give victims of abuse a means to defend themselves from their attackers.

“The essence of this is that we want to empower people, especially women, who find themselves in a position where they are in fear of their lives, to be able to protect themselves in a manner that they see fit,” he said.

Sen. Barbara Favola, D-Arlington, argued the bill would lead to unintended circumstances that could put victims in even greater danger.

“We already have a victim who’s vulnerable and very concerned and anxious, and we’re going to allow this person to bypass whatever requirements we might have for concealed handgun permits – one of which is training – to go ahead and get the gun,” she said.

Sen. Jill Holtzman Vogel, R-Winchester, argued this bill would not introduce a firearm into a situation where it wouldn’t have already existed, but that it would instead give victims greater freedom to protect themselves by carrying concealed.

“I would just like to point out that in this circumstance, a victim can already open carry if they are lawfully allowed,” she said. “In this case, this would simply allow them, in that window of time where they are most vulnerable, to conceal carry. I just want to make that point because I think sometimes people overlook that piece of this, and I think that’s an important measure.”