What we know about this Arizona mother’s deportation 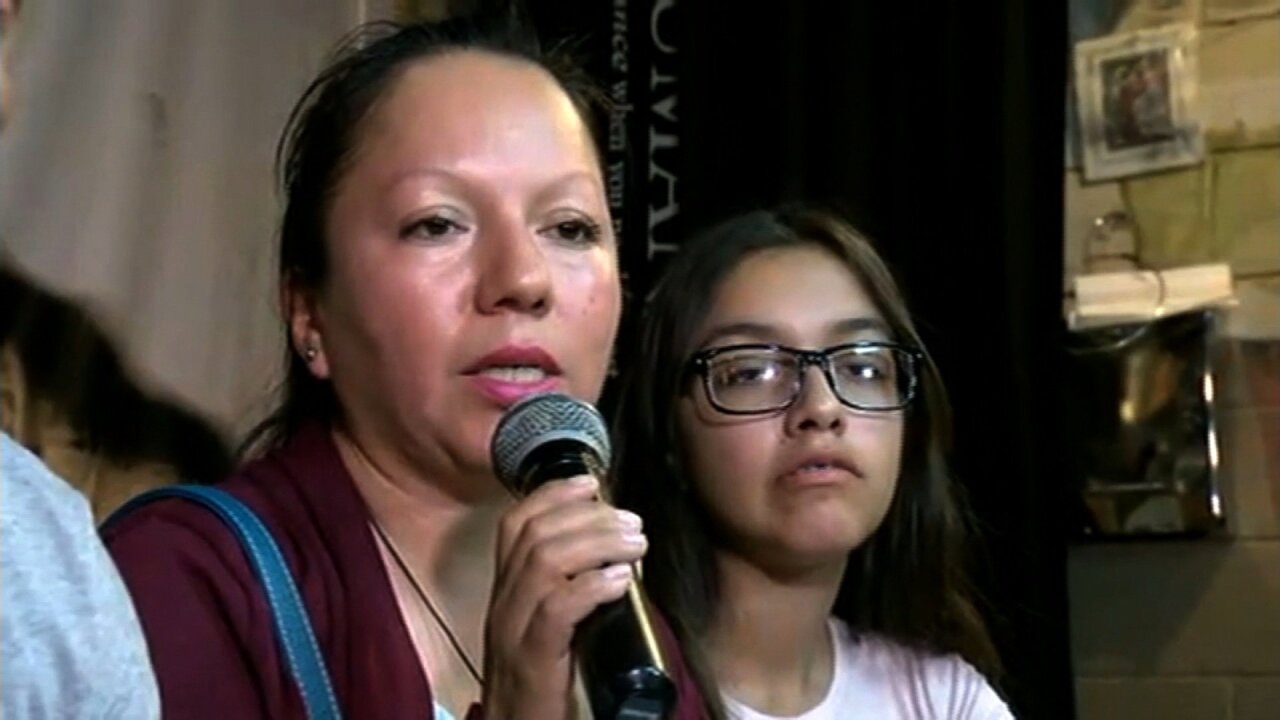 ***Embargo Tucson*** Guadalupe Garcia de Rayos was detained and within 24 hours she was deported to her native Mexico. She was turned over to Mexican authorities at a border crossing in Nogales, Arizona, according to US Immigration and Customs Enforcement officials.

Guadalupe Garcia de Rayos had been in the United States for nearly two decades before she was deported Wednesday to her native country of Mexico.

The married mother of two is thought to be one of the first undocumented immigrants to be deported since US President Donald Trump signed an executive order in January cracking down on illegal immigration.

Her supporters say the deportation shows that Trump’s policy needlessly tears families apart and fails to prioritize dangerous offenders. Here’s what we know about the case so far:

What was her crime?

No one disputes the underlying facts of her case.

Garcia de Rayos came illegally to the United States from Guanajuato, Mexico, in the mid-1990s with her parents when she was 14. She was arrested in 2008 in a workplace raid at Golfland Sunsplash, a waterpark in Mesa, Arizona.

She was convicted in March 2009 of criminal impersonation for having a fake Social Security number, a sixth-degree felony.

Because of her crime and citizenship status, a voluntary departure order was entered by the court. She appealed and lost, her lawyer Ray Maldonado said.

How did she get on ICE’s radar?

She became the subject of a court-issued removal order that became final in July 2013. This is where the story starts to diverge.

US Immigration and Customs Enforcement said she was put on notice that she would eventually be deported back to her home country. She was put under an order of supervision, which required her to report on a provided schedule to an ICE office until her order of removal was “affected,” or acted on.

Her lawyer said she signed papers in 2013 acknowledging the order. She understood that deportation “was a possibility” but not a foregone conclusion, he said.

In 2016, she said her ICE officer told her that when she returned for her 2017 check-in her case would likely be dropped because she was not a priority.

Why did she show up for her check-in?

Her lawyer and local activists warned her that she could be deported under President Trump’s executive order. A local church offered her sanctuary.

She said she declined the offer and went to the appointment anyway to make a point.

“I don’t regret it, because I know I did this so that more families could see what’s in store, what could happen, and so that they could know what they could risk,” she said in a news conference Thursday in Nogales, Mexico.

“I am not what he says,” she added, referring to Trump’s claims that undocumented immigrants are dangerous criminals. “I simply am a mother who fights for her children, who fights to give them the best.”

Why was she deported?

The reason for deporting the 35-year-old woman at this point in time is another matter of dispute.

Before Wednesday she had seven check-ins and was never detained. Though she was in compliance with her supervision order, the time had come for her deportation, ICE said.

“Ms. Garcia’s immigration case underwent review at multiple levels of the immigration court system, including the Board of Immigration Appeals, and the judges held she did not have a legal basis to remain in the US,” Spokesman Yasmeen Pitts O’Keefe said in a statement.

“ICE will continue to focus on identifying and removing individuals with felony convictions who have final orders of removal issued by the nation’s immigration courts.”

Maldonado disputes the idea that she had to be deported, insisting that ICE and the courts have discretion when it comes to deciding who deserves to be deported. He points to the fact that she was never detained or deported before this visit.

Her circumstances make her an ideal candidate for leniency on humanitarian grounds, he said.

She’s a mother of two children born in the United States. Now teenagers, the children remain in the US along with her husband.

She has a nonviolent felony conviction. And, she arrived in the country when she was 14. Had she entered four months earlier as a 13-year-old, she would have been eligible for Deferred Action for Childhood Arrivals, the Obama-era immigration policy that lets certain undocumented immigrants who entered the country as minors defer deportation action.

When it comes to deportations, there is no “time is up,” Maldonado said.

What did Trump immigration policy have to do with her deportation?

The role of President Trump’s executive order tightening enforcement of illegal immigration laws is another point of contention.

ICE said the executive order had nothing to do with it. In multiple statements on the matter, the agency has cited her felony conviction, her 2013 removal order and a focus on removing people with felony convictions and final orders of removal.

Maldonado and other supporters, including Phoenix’s mayor, believe Trump’s executive order had everything to do with it.

Her deportation is an example of how “President Trump’s mass deportation plan makes our country less safe,” Mayor Greg Stanton said, vowing to not cooperate with the executive order.

“Rather than tracking down violent criminals and drug dealers, ICE is spending its energy deporting a woman with two American children who has lived here for more than two decades and poses a threat to nobody,” he said in a statement

“What happened last night to Guadalupe Garcia de Rayos is a travesty. She has been peacefully living and working in the Valley for more than two decades, and by all accounts was building a life and contributing to our community. She has now been torn apart from her family.”

What are her chances of returning?

Not good, by her lawyer’s admission.

Her sister, a US resident is currently petitioning for permanent residency for her.

At this point she will need to wait at least 10 years to try to come back because of a visa backlog.

“Legally there are not a lot of options to come back,” he said.