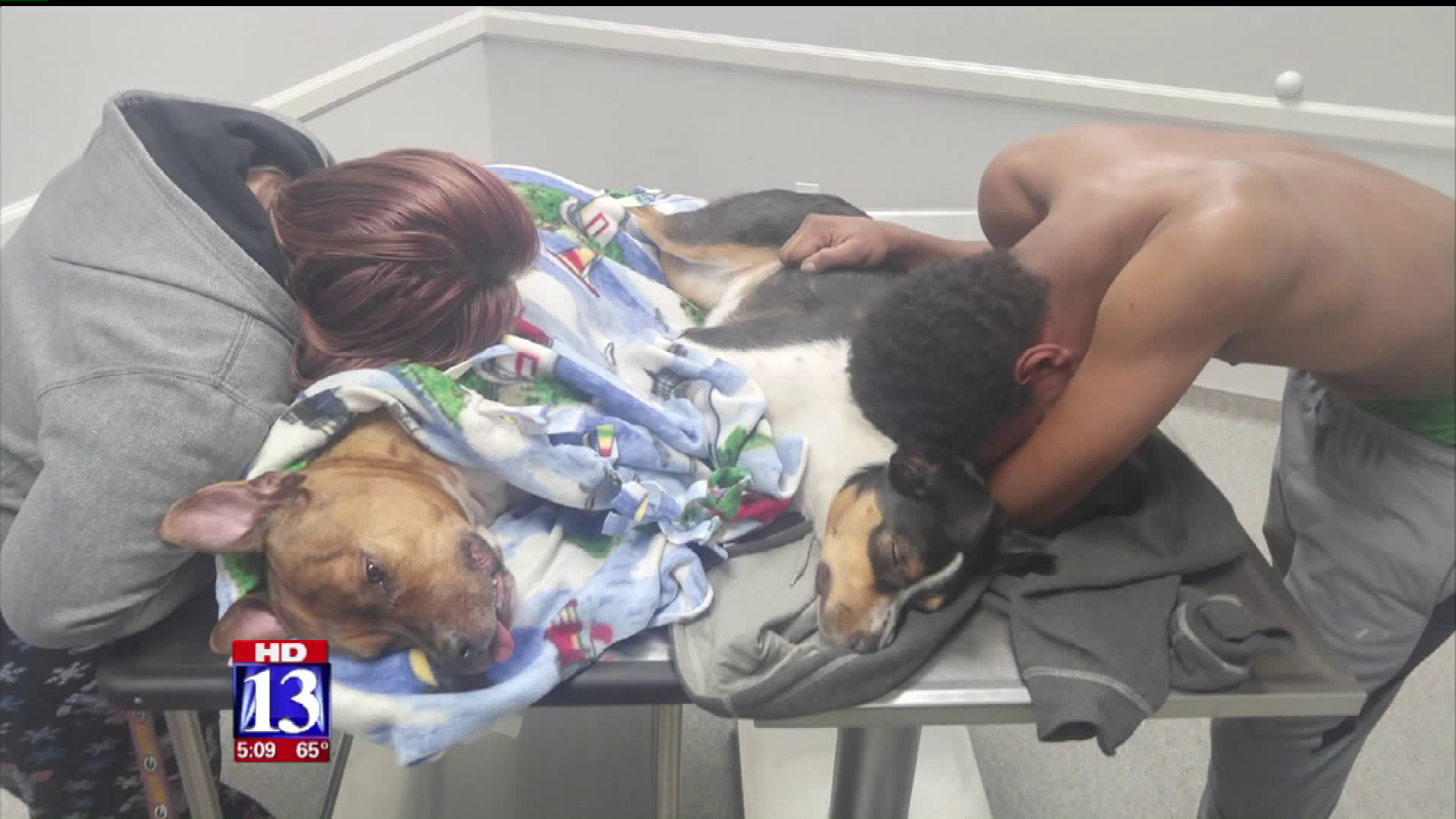 OGDEN, Utah - A Utah family forced to put their two dogs down early Monday morning are trying to help other dog owners recognize the symptoms of poison from a common household item.

The emergency veterinarian told them both pets had ingested ethylene glycol, a chemical that is deadly for pets and typically found in antifreeze.

The vet said that the ethylene glycol only comes up in the blood stream within about two hours of being ingested, and after that a doctor cannot tell if it was ever in a pet’s system. Still, the dog's bizarre behavior and other symptoms pointed to ethylene glycol.

“The vet said we would have to put Marley down, and we could try to treat Autumn but it would cost $3,000 a day and there was only a 25 percent chance she would live,” said a tearful Katrina Burrell, the dogs' owner. “My husband and I had seen their sick symptoms start Saturday night, and we thought maybe it was just an upset stomach, but it didn’t stop.”

They chose to put both dogs down at the same time, a moment the family said was heartbreaking.

“They put them on tables side by side, and they let us say all of our goodbyes, and talk with them for the last time," Burrell said. "They put [Marley] down first. I watched him stop breathing, I watched his heart stop beating. They finished his injection and they started Autumn’s injection and she was terrified. I don’t think she was ready."

Katrina said she held Autumn until she calmed down and took her last breath. She and her husband say they don't understand how this could have happened.

Burrell said they did find some snowmelt in their neighbor’s yard and a bottle of liquid next to it.

“I keep a very close eye on my dogs when they are outside in our yard,” Burrell said. “They never go out of my sight.”

Lt. Danielle Croyle with Ogden Police told KSTU the investigation included information that a snowmelt bag with antifreeze inside of it was found in the neighbor’s yard, and there was an indication the dogs were not always only on their owners' property. But Lt. Croyle said there was no evidence to prove exactly what happened and the case has been closed.

Katrina wants all pet owners to be aware of the symptoms of ethylene glycol poisoning and to keep their pets away from any product that has the deadly chemical in it. If dogs are seen licking it up, call poison control immediately.

The veterinarian the dogs usually see at Millcreek Animal Hospital, Dr. Kristi Ellis, said if treated within a half an hour to an hour, the dog can be given a certain dosage of hydrogen peroxide and that forces the dog to throw up. She said the first symptoms you’ll see are drunk-like behavior, then it gets progressively worse.

Also, Dr. Ellis said snowmelt does not include the chemical ethylene glycol, but it does have other toxins, which if consumed in large amounts can be dangerous.

“In this case the dog was having seizures; whether it was antifreeze or a different toxin, they had to have had a larger dose because it came on so quickly and so severely and effected both dogs in the house,” Ellis said.

Katrina and her family are paying off the rest of her dog’s medical bills. If you can help them or want to donate, click here.

They also have a reward of $1,500 for anyone with information that would lead to an arrest, if in fact someone intentionally tried to poison their dogs.