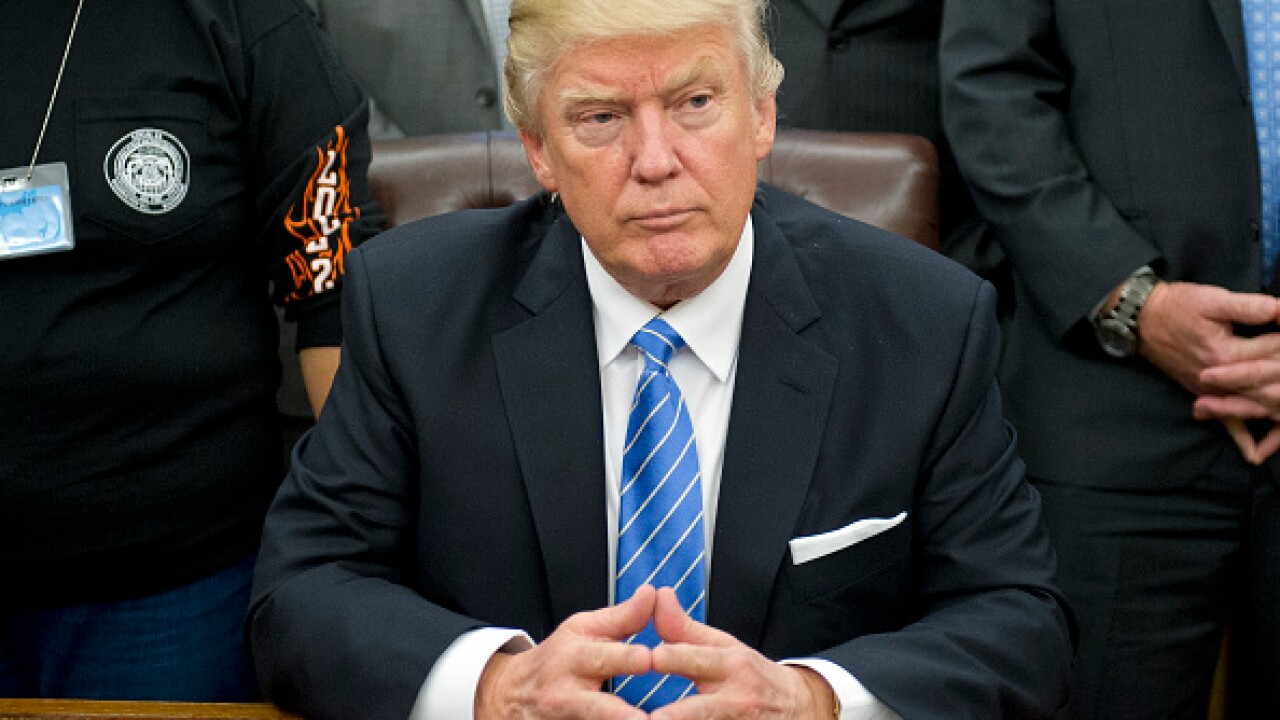 United States President Donald Trump poses for a group with American Labor leaders in the Oval Office of the White House in Washington, DC on Monday, January 23, 2017. Credit: Ron Sachs / Pool via CNP

Trump signed the executive orders in the Oval Office after swearing in Attorney General Jeff Sessions.

One of the orders, aimed at “reduc(ing) crime and restor(ing) public safety,” directs Sessions to establish a new Task Force on Crime Reduction and Public Safety.

The Task Force will develop “strategies to reduce crime, including, in particular, illegal immigration, drug trafficking and violent crime,” propose new legislation, and submit at least one report to the President within the next year.

A second executive order, aimed at combating transnational drug cartels, prescribes steps for various federal agencies to “increase intelligence” sharing among law enforcement partners. The order also instructs an existing inter-agency working group to submit a report to Trump within four months detailing the progress made in combating criminal organizations, “along with any recommended actions for dismantling them.”

“I’m directing Department of Justice and the Department of Homeland Security to undertake all necessary and lawful action to break the back of the criminal cartels that have spread across our nation and are destroying the blood of our youth and other people,” Trump said Thursday.

Finally, Trump signed an executive order directing the Justice Department to use existing federal law to prosecute those who commit crimes against law enforcement officers.

“It’s a shame what’s been happening to our great, truly great law enforcement officers,” Trump said at the signing ceremony. “That’s going to stop as of today.”

Amnesty International USA swiftly reacted to the executive order, saying that while “(l)aw enforcement officers face unique hardships and challenges due to the nature of their work,” this order does not address underlying problems in the criminal justice system.

“This order will not protect anyone, and instead it creates additional penalties that could cause people to be significantly over-prosecuted for offenses including resisting arrest,” Amnesty International’s Noor Mir said in a statement.