Top US general: ‘Shortfall of a few thousand’ troops in Afghanistan 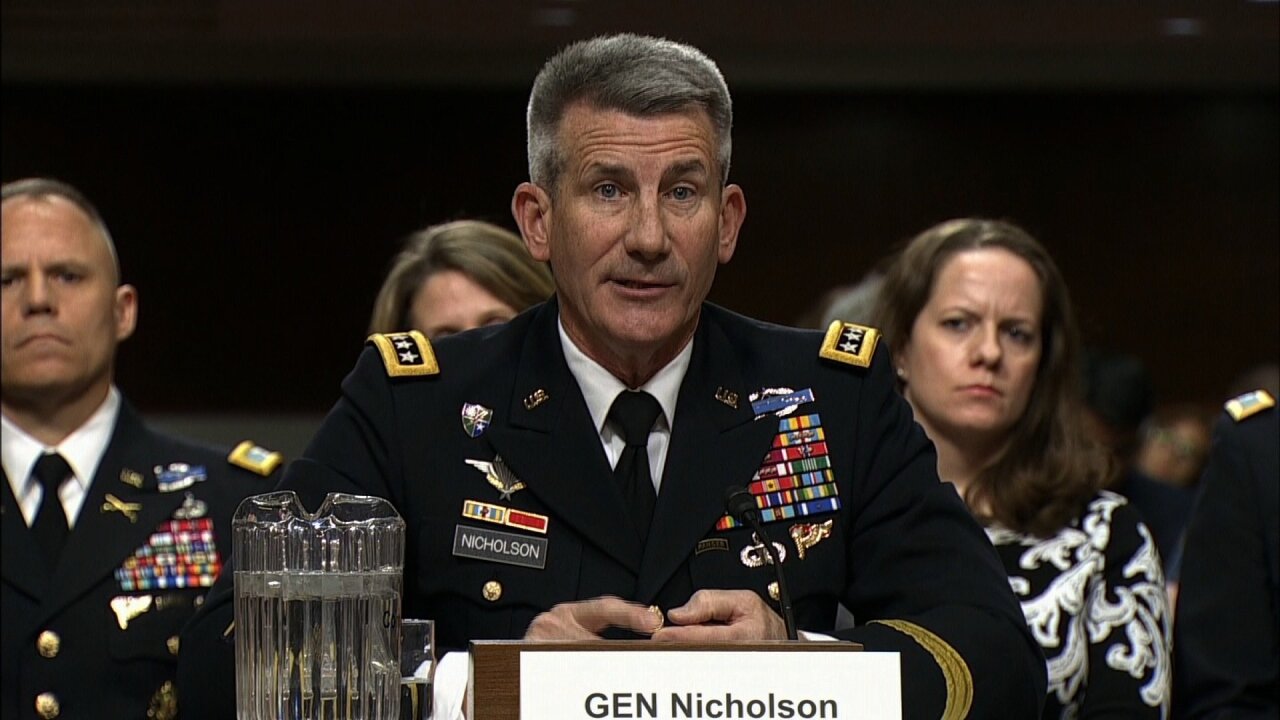 He said troops were needed for the NATO-led train, advise and assist mission in Afghanistan. He said that the resources for the counterterrorism mission there, in contrast, are “adequate.”

Nicholson, testifying before a Senate Armed Services Committee hearing on Afghanistan, said the shortfall could be made up by US or coalition troops. He added that Secretary of Defense James Mattis would address the issue during this month’s meeting of NATO defense ministers in Brussels.

Currently there are a total of 8,400 US troops in Afghanistan. There are also 6,000 troops from NATO and other allied countries. President Barack Obama oversaw the withdrawal of some 1,400 US troops during his last months in office.

Nicholson said he hoped the additional reinforcements would allow the coalition to advise Afghan troops at the brigade level, bringing them closer to the intense fight between the government and Taliban insurgency.

Nicholson said the US was seeking to establish an “enduring counterterrorism platform” in Afghanistan, noting that of the 98 US-designated terrorist groups globally, 20 operate in the Afghanistan-Pakistan region.

“This is the highest concentration of terrorist groups anywhere in the world,” he told the Senate.

The general also said that he remains “concerned about the influence of certain external actors — particularly Pakistan, Russia, and Iran — who continue to legitimize and support the Taliban and undermine the Afghan governments’ efforts to create a stable Afghanistan.”

“Iran is directly supporting the Taliban in Western Afghanistan,” Nicholson said, adding that Russia was offering political support to the Taliban in order “to undermine the United States and NATO.”

A recent report by the Special Inspector General for Afghanistan Reconstruction found that the Afghan government controlled just under 60% of territory, with the remainder either being contested by the Taliban or under the control of the insurgency.

Asked by Sen. John McCain, an Arizona Republican, whether the US was winning or losing in Afghanistan, Nicholson said, “I believe we are in a stalemate.”

President Donald Trump, who spoke to President Ashraf Ghani of Afghanistan Thursday, told reporters: “Afghanistan — I would say that that’s a tough situation, but we’ll do something about it.”

“We’ll be giving you some pretty good information soon,” he told reporters during a brief spray at the White House.