Power restored for over 4,400 Dominion customers in Hampton Roads 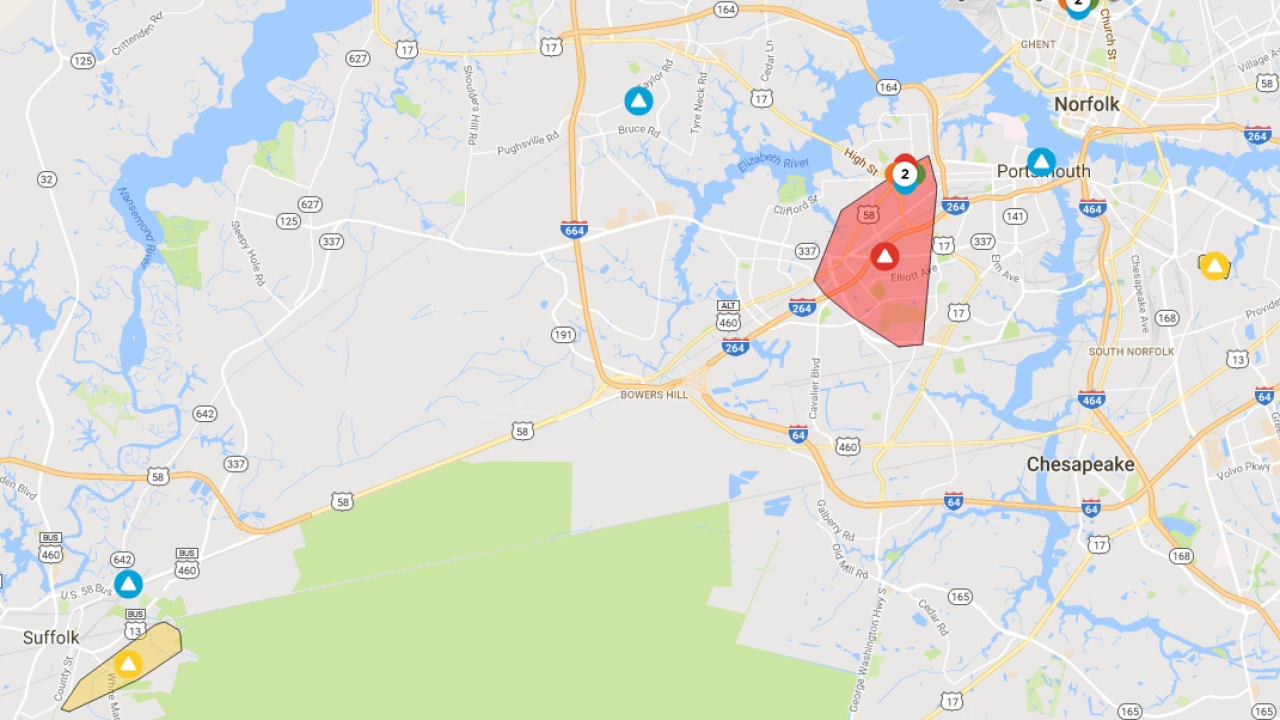 A Dominion Power spokesperson tells News 3 the issues were likely a result of high winds.

According to Dominion Power’s outage map, crews were dispatched to both locations and the power was estimated to be restored between 10 a.m. and Noon.

Approximately 800 customers were without power in Chesapeake and Norfolk, but the causes are still pending investigation. The estimated time for those restorations is between 11 a.m. and Noon.