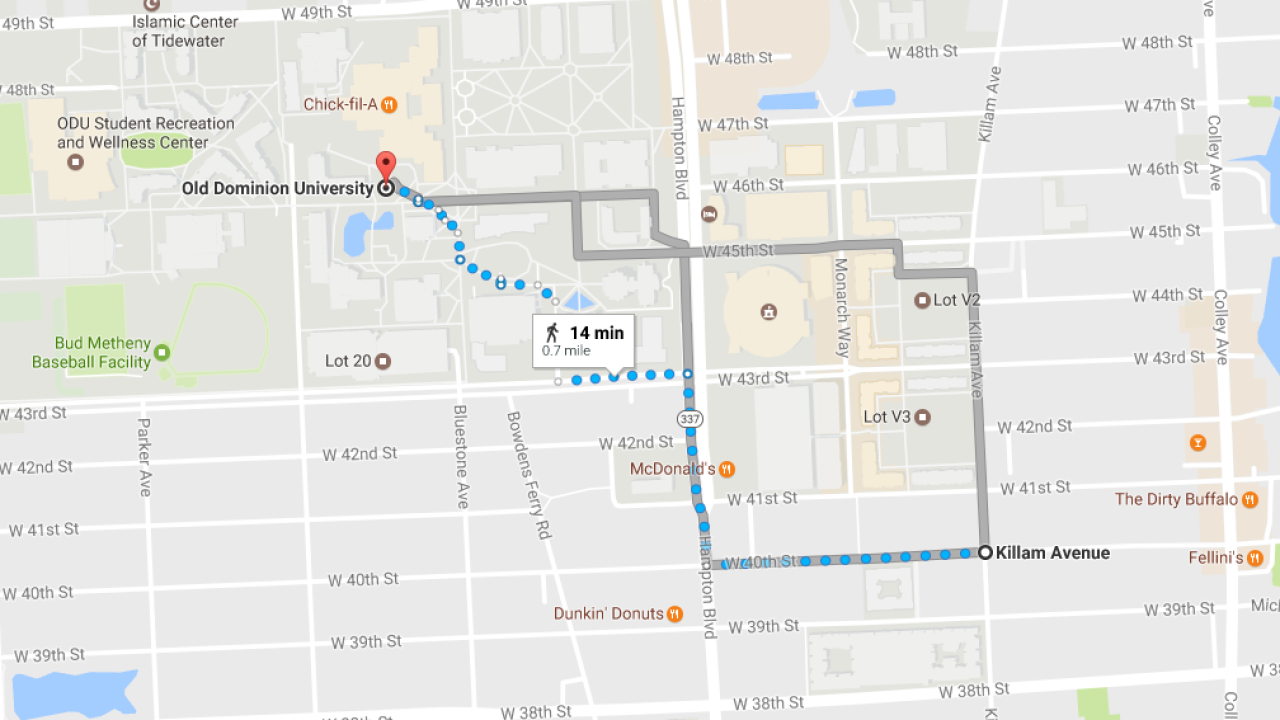 NORFOLK, Va. – Police are investigating a shooting that happened near the ODU campus on Thursday, a notice to students said.

The incident was in the 1000 block of 50th Street and Killam Ave., in the Highland Park neighborhood.

One person was shot and was taken to Sentara Norfolk General Hospital with non-life threatening injuries.

Two people of interest were detained, according to the alert.

Police also said there is no ongoing threat and that the incident is being actively investigated.