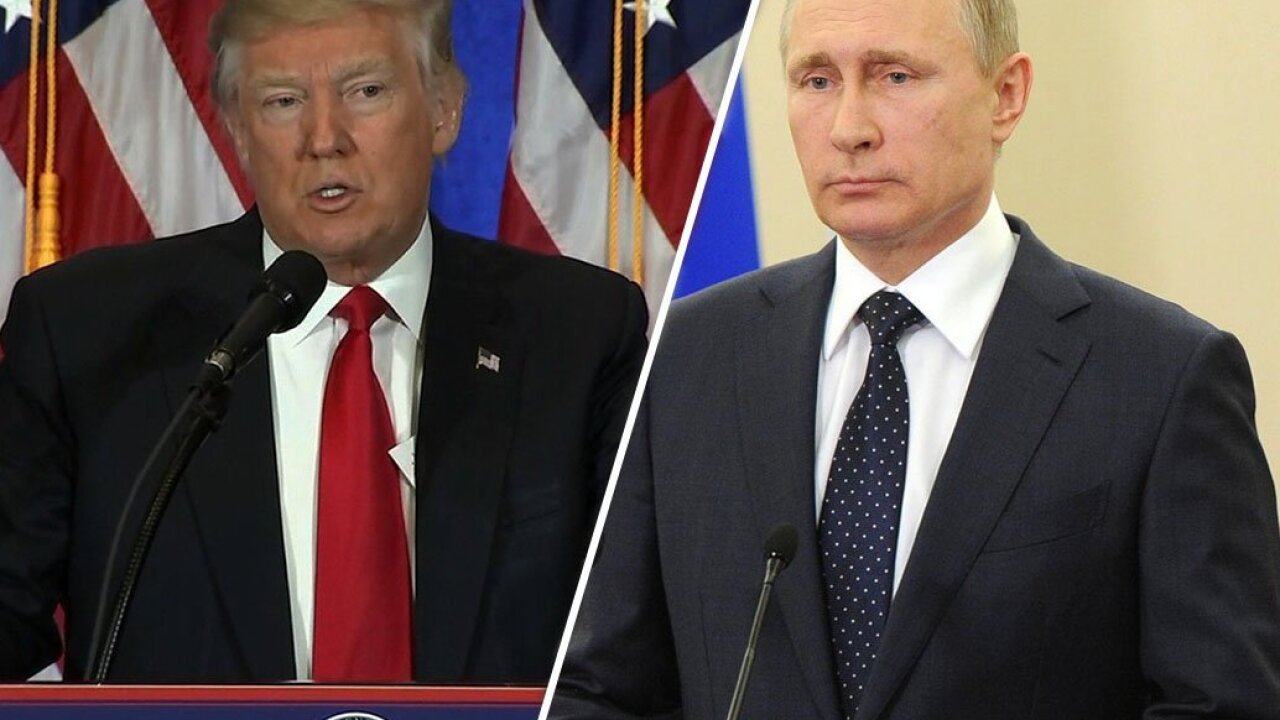 President Donald Trump said Friday it was “too early” to start discussing lifting sanctions on Russia. The President and Vladmir Putin will speak on Saturday.

From Moscow to Monrovia, there’s a new guessing game: What’s going on with US foreign policy?

And is there anyone at the State Department to call to find out?

With the new president signaling significant changes in the US approach to the world, key job openings at the oldest US Cabinet agency remain unfilled, leaving some of the State Department’s day-to-day business frozen and foreign capitals unsure whom to reach out to for clarity on new directions the US may take.

“Our people are trying to understand who is dealing with what,” said one source within Russia’s Foreign Ministry who spoke to CNN on condition of anonymity. “Half of the top management of the State Department has gone.”

While all presidential transitions have their rough patches, they seldom come with uncertainty about US positions on long-stable pacts such as NATO, usually staid partnerships such as the US-Mexico alliance or the possibility of the 180-degree shift President Donald Trump seems to be contemplating on US-Russia ties or his executive order banning travelers from seven countries.

The policy murkiness is compounded by the fact that the administration didn’t seem ready to immediately take on the duties of running the State Department, several diplomats and State staffers said.

The White House didn’t respond to requests for comment.

The diplomat said that the Pentagon remained a stable source of continuity. But a National Security Council reorganization has meant many foreign envoys’ points of contact in the White House are also suddenly gone. While there are usually changes in NSC staffing under a new administration, Trump’s broader reorganization had made it even harder for diplomats to maintain continuity or connection because roles and functions are being shuffled.

That has left diplomats in Washington frozen in wait-and-see mode amid a flurry of mixed messages from President Donald Trump and his Cabinet appointees — ones many foreign countries are unsettled by.

Trump has derided NATO, while his agency heads have praised it. He’s hailed Russia as a potential new partner and dismissed the EU as a failure, while Cabinet members have taken the exact opposite tack. He’s blasted Mexico while his new secretary of state tries to build the relationship.

“We don’t know” what will happen going forward, the diplomat said, even as embassy staff have to write diplomatic cables to their capitals trying to explain what the President’s tweets might mean. Another official from the Asia Pacific region simply said, “It is a very unusual time.”

Early indications have been bewildering, these and other envoys said, as they watched the administration issue an executive order banning travel without consulting the State Department, which was then unable to quickly answer their questions and had to untangle diplomatically embarrassing situations.

The former prime minister of Norway was detained and questioned at a Virginia airport because he had a passport stamp from a visit to Iran. He was forced to call his embassy, which reached out to State, according to diplomats.

In neighboring Canada, Somali-born Immigration Minister Ahmed Hussen said the ban had officials “working around the clock” and manning all phones to figure out how it would affect travelers transiting through Canada to the US, let alone the more than 35,000 Canadians who also hold passports from one of the seven countries Trump’s January 27 executive order barred from entry.

“Our government is working really, really hard since this executive order was issued to seek clarification on various aspects of the order,” Hussen said at a January 29 news conference.

Even so, there was enough uncertainty about the scope of the ban that reporters asked whether Hussen himself would be able to travel to the US, given his birth in a country on the list.

“I don’t have any other citizenship, and so there’s no issue with my ability to go to the United States,” he said.

Another draft executive order to slash UN funding includes a directive for a committee to look at cutting money for the International Criminal Court — which the US doesn’t fund. That order also bans funding for UN groups that give full membership to the Palestinian Authority, a provision that already exists.

This month’s swearing-in of Secretary of State Rex Tillerson should start easing the gridlock and uncertainty, they hope, and give State a larger voice in the new administration.

In one early sign that State is now being heard, a White House plan to designate the Iranian Revolutionary Guard Corps and Muslim Brotherhood as Foreign Terrorist Organizations has been delayed because of objections from State, as well as the Pentagon.

But as the Trump administration gets up and running, a slew of important politically appointed positions below the top US diplomat remain empty.

“We’re still at a point where 98% of the government, in terms of Trump appointees, are still not in their jobs,” said Derek Chollet, an assistant secretary of defense in the Obama administration. “We’ll see how this plays out as the secretary of state gets into his job and key other officials get into their jobs.”

Chollet, now a senior advisor for security and defense policy at the German Marshall Fund, said the lack of organization is “making the United States look erratic, uncertain, less reliable, and it’s devaluing our political currency, our leadership currency.”

Unfilled positions include the heads of regional bureaus and key administrative posts after the Trump administration decided to “clean house” and let them go last month.

The Russian Ministry official expressed frustration that his government lacks counterparts within the US State Department with whom to discuss implementing changes on a range of issues.

Trump has said he wants to establish a new, friendlier and more cooperative relationship with Russia, something officials in Moscow are eager to get started on — only to be stymied by the lack of structure.

Within State, officials said uncertainty abounds. Senior officials don’t know who’s coming into top positions or when, and said the past few weeks have felt uncertain at best and chaotic at worst, especially as they scrambled to sort out the travel ban and how to implement it.

Staff said that without political appointees in place to lead the regional bureaus, there’s great reluctance to make a decision that might unwittingly contradict new administration policy. Even if remaining staff were empowered to act in the absence of leadership, few mid-level staffers who hope to advance in the next few years would risk a decision that might be frowned upon when their record is reviewed.

“Career professionals who are now in acting capacities are extremely talented, but political appointees play an important role as the connective tissue between the President and his Cabinet and the working levels who are implementing the policy on a daily basis,” said Matt Rojansky, director of the Kennan Institute at the Wilson Center.

At the top tier, where managers were forced out, there are no replacements so far. But State officials also point to positive signs, including productive calls and meetings between Tillerson and foreign officials, including a Wednesday meeting with Mexican Foreign Minister Luis Videgaray.

State officials said there are early indications that Tillerson has a deft touch at smoothing ruffled international feathers after Trump’s pronouncements and tweets, and that the secretary may be able to put the President in a better light with foreign officials than Trump himself can.