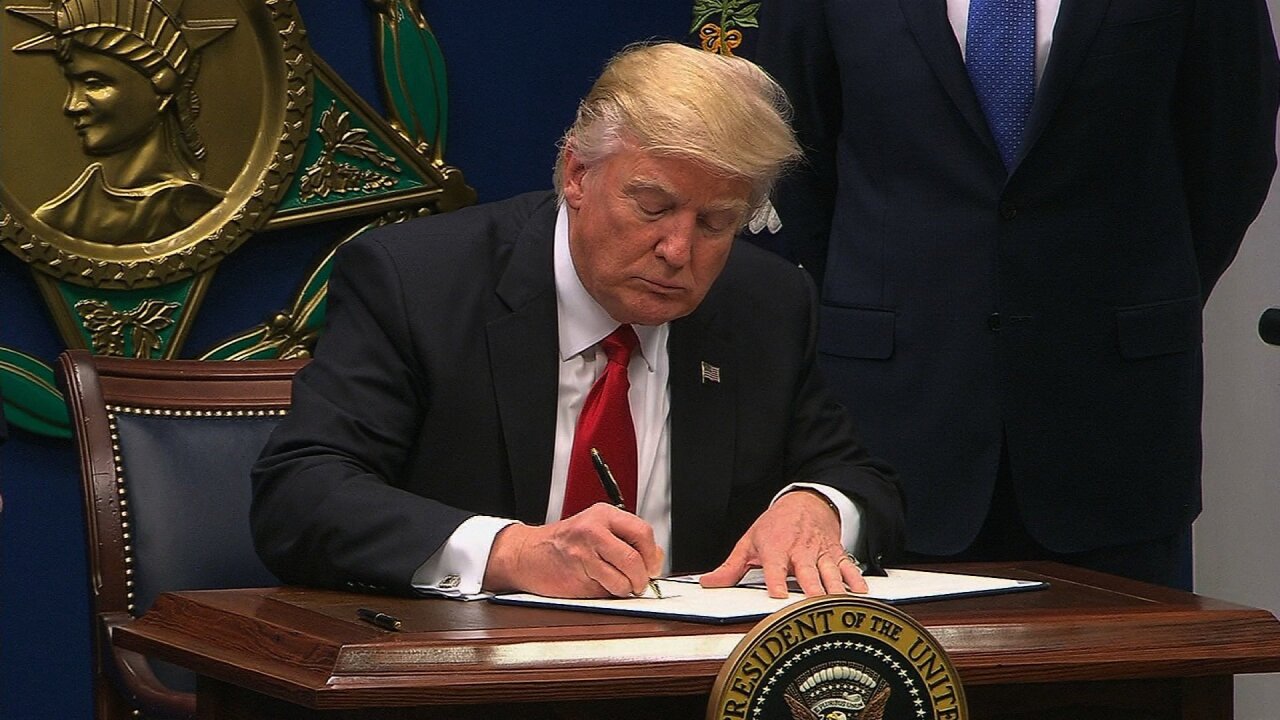 President Donald Trump took executive action Friday on curbing access visas and limiting refugees coming to the US. Titled “Protection Of The Nation From Foreign Terrorist Entry Into The United States,” the action institutes what the President has called “extreme vetting” of immigrants.

The unanimous ruling from a three-judge panel means that citizens of seven majority-Muslim countries will continue to be able to travel to the US, despite Trump’s executive order last month.

“On the one hand, the public has a powerful interest in national security and in the ability of an elected president to enact policies,” the judges wrote. “And on the other, the public also has an interest in free flow of travel, in avoiding separation of families, and in freedom from discrimination. We need not characterize the public interest more definitely than this… The emergency motion for a stay pending appeal is denied.”

It is a significant political setback to Trump’s new administration and raises questions about how the courts will view his apparent vision for an expansive use of executive power from the Oval Office on which he is anchoring the early weeks of his presidency.

Trump immediately tweeted his reaction to the ruling: “SEE YOU IN COURT, THE SECURITY OF OUR NATION IS AT STAKE!”

“It’s a political decision, we’re going to see them in court, and I look forward to doing that,” Trump told reporters in the White House Thursday. “It’s a decision that we’ll win, in my opinion, very easily.”

Gov. McAuliffe released a statement after Thursday’s ruling saying in part “Today the 9th Circuit handed a victory to the American people, the Constitution and the states that oppose President Trump’s divisive and counterproductive travel and immigration ban. I could not be more proud of the leaders and citizens from coast to coast who are taking a stand for the values that make our nation great.”

The states of Washington and Minnesota had challenged the ban.

“Bottom line, this is a complete victory for the state of Washington,” said state Attorney General Bob Ferguson. “The 9th Circuit Court of Appeals in a unanimous decision effectively granted everything we sought.”

The Justice Department is reviewing the decision, it said in a statement.

The legal drama over the immigration executive order was the first episode in what could be a series of legal challenges to Trump’s governing style and agenda and represents the first confrontation between his White House and the checks and balances of the American political system.

The judges rejected the Trump administration’s sweeping claims of executive power, saying, “There is no precedent to support this claim of unreviewability, which runs contrary to the fundamental structure of our constitutional democracy.”

“Although our jurisprudence has long counseled deference to the political branches on matters of immigration and national security, neither the Supreme Court nor our court has ever held that courts lack the authority to review executive action in those arenas for compliance with the Constitution,” the judges wrote.

The states have the legal right to be in court because of injuries to state business and state universities “traceable to the executive order,” they added.

“The Trump administration has lost dramatically and completely, and they’re going to have to decide what to do next,” said Jeffery Toobin, a CNN political analyst, on “The Situation Room.”

The order bars citizens of Iraq, Syria, Iran, Libya, Somalia, Sudan and Yemen from entering the US for 90 days, all refugees for 120 days and indefinitely halts refugees from Syria.

Trump issued the travel ban January 27, causing chaos, confusion and protests at international airports as the legal status of people in transition was suddenly thrown into question. Lawsuits have been filed across the country, but it was one from federal Judge James Robart in Seattle last Friday that blocked the travel ban nationwide, clearing the way for resumed travel from the seven countries.

“This decision will have a lot more public credibility because it is unanimous, and I think it complicates the Trump administration’s attempt, if they choose to make it, to disparage this decision as a political act,” Toobin said.

Trump has already indicated that he would take the case all the way to the Supreme Court if necessary, a move that would set up a legal showdown of even higher stakes and visibility.