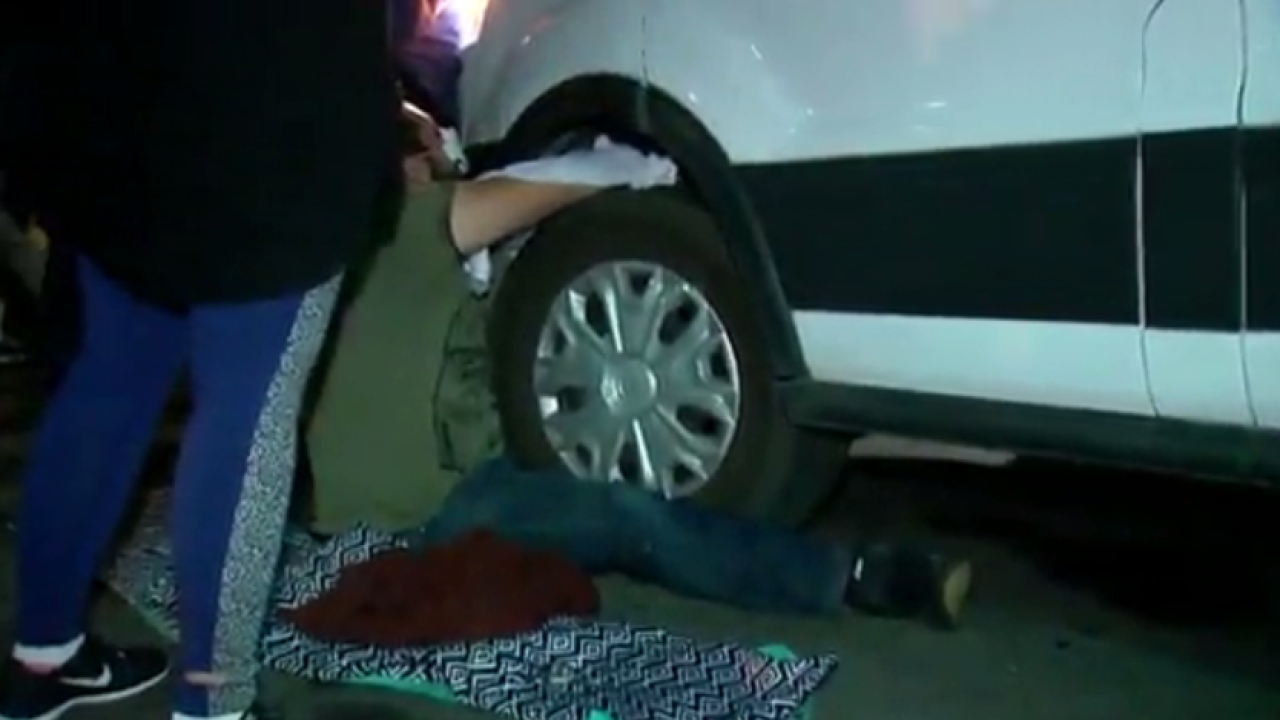 Seven people were arrested outside of the US Immigration and Customs Enforcement (ICE) office in Phoenix, Arizona, late Wednesday evening when protesters attempted to block an agency van from transporting a woman considered to be an undocumented immigrant.

The protests were mostly peaceful, but police said on Twitter that “despite repeated warnings, some [protesters] engaging in criminal acts” refused to stop.

Guadalupe Garcia de Rayos, the woman in the van, was arrested in a 2008 ICE workplace raid, convicted of felony impersonation and served six months in ICE detention before being released later that year, according to CNN affiliate KPHO/KTVK.

On Wednesday, Garcia de Rayos showed up at the ICE office for a routine immigration check. She was then issued an order of deportation.

It’s not clear if she was being taken by van to be deported immediately or if she would be held at a detention center.

Garcia de Rayos could be the first Arizonan to be deported under the President Donald Trump’s new executive order focused on removing undocumented immigrants with a history of arrests, Garcia’s attorney told CNN affiliate KNXV.

Immigrant rights group Puente Arizona says that Garcia is a victim of the policies of former Maricopa County Sheriff Joe Arpaio. Enforcing identity theft laws was one of Arpaio’s most well-known tools used to crack down on illegal immigration in the border state.

Puente sued Arpaio, saying the workplace raids, like the one where Garcia was arrested nine years ago for using a fake social security number, were unconstitutional and amounted to racial and ethnic profiling. They lost the case on appeal but Arpaio disbanded the task force that conducted the raids.

“I’d ask him ‘why he would want to take her from me?’ She hasn’t done anything wrong and I’m not scared of him,” said Garcia’s daughter Jaqueline, told CNN affiliate KNXV, of what she would ask President Trump if she could.

“Ms. Garcia De Rayos is currently being detained by U.S. Immigration and Customs Enforcement (ICE) based on a removal order issued by the Department of Justice’s Executive Office for Immigration Review which became final in May 2013. Relevant databases indicate Ms. Garcia De Rayos has a prior felony conviction dating from March 2009 for criminal impersonation.”

A crackdown on illegal immigration

The immigration executive orders signed by President Trump could amount to a vast expansion of authority for individual immigration officers and a dramatic increase in efforts to detain and deport undocumented immigrants.

Trump’s order goes far beyond that, using a sweeping definition of “criminal” and giving a single immigration officer the ability to make judgments on threats to public safety.

The order says the priority will be removing deportable immigrants who “have been convicted of any criminal offense; have been charged with any criminal offense, where such charge has not been resolved; have committed acts that constitute a chargeable criminal offense; have engaged in fraud or willful misrepresentation in connection with any official matter or application before a governmental agency; have abused any program related to receipt of public benefits; are subject to a final order of removal, but who have not complied with their legal obligation to depart the United States; or in the judgment of an immigration officer, otherwise pose a risk to public safety or national security.”