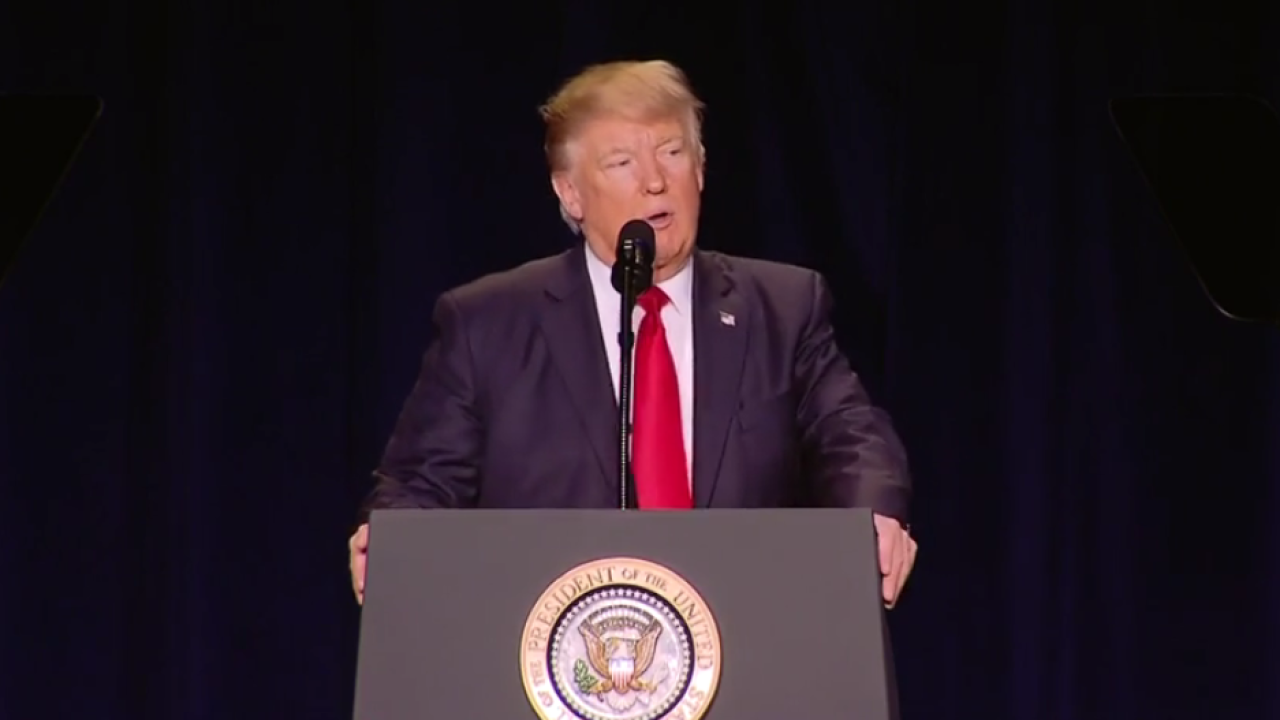 Trump tweeted Tuesday about his speech, saying he will be discussing “the horrible, dangerous and wrong decision…”

I will be speaking at 9:00 A.M. today to Police Chiefs and Sheriffs and will be discussing the horrible, dangerous and wrong decision…….

Trump met with a group from the association on Tuesday at the White House.

Thank you, Mr. President, for hosting us. It was an honor! https://t.co/EJBTAO5dL8

According to Politico, Trump was given a letter of thanks signed by the president and executive direction of the National Sheriffs’ Association for his recent executive actions on illegal immigration.

“State and local law enforcement have, in recent years, shouldered much of the burden associated with criminal illegal immigration and the subsequent impact on our communities,” said the letter. “As you have recognized, our borders are not secure and we applaud your efforts to address this threat to our public safety.”