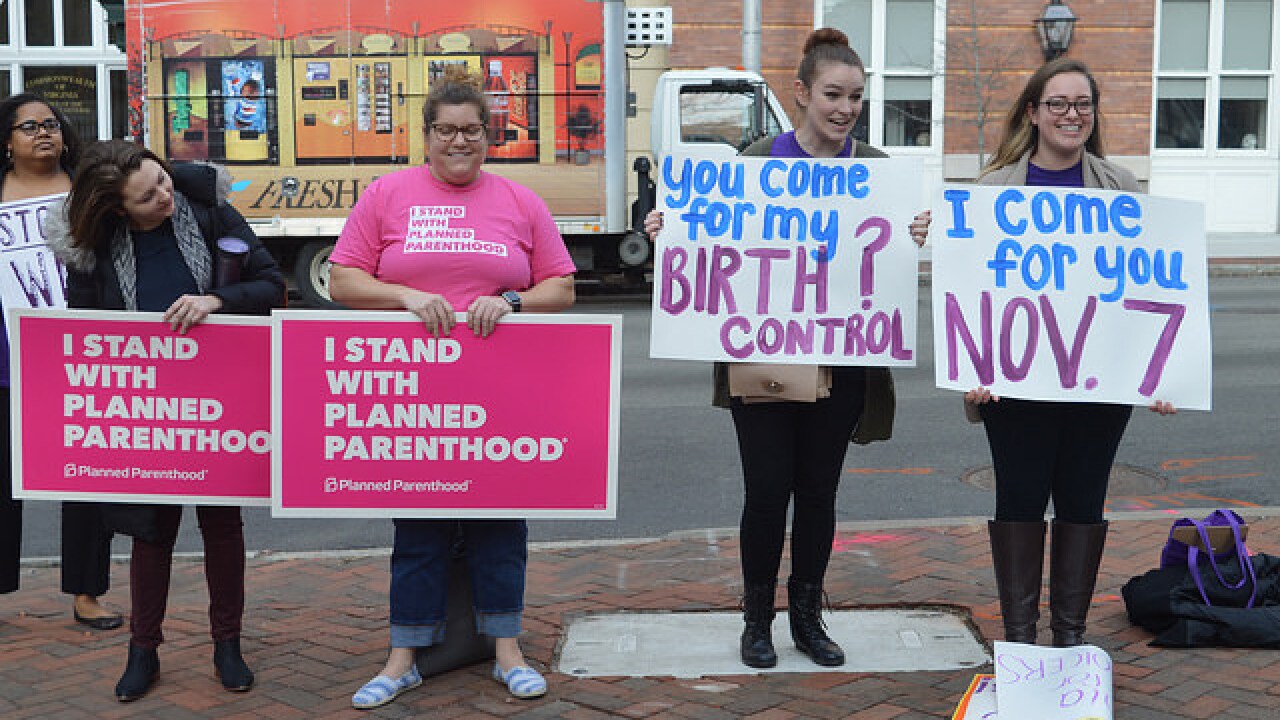 RICHMOND – The House of Delegates voted Tuesday to defund Planned Parenthood despite protests by women’s rights advocates on the Capitol grounds and in the House chamber.

On a 60-33 party-line vote, the House approved HB 2264, which would cut off federal Title X funding for Planned Parenthood and any other groups that perform abortions in Virginia.

About a dozen protesters lined the sidewalk at Capitol Square on Tuesday morning as legislators walked from the General Assembly Building to the state Capitol. They held signs declaring “I Stand with Planned Parenthood” and “Stop the War on Virginia Women.”

Later, wearing T-shirts that spelled out “We are watching,” the demonstrators sat in the first row of the gallery overlooking the House floor to urge delegates to vote against the bill. The protesters represented such groups as Progress Virginia, NARAL Pro-Choice Virginia, the Virginia Latina Advocacy Network, the Virginia Civic Engagement Table and Planned Parenthood Advocates of Virginia.

In Virginia, Planned Parenthood clinics provide contraceptive care to thousands of low-income women each year, according to Anna Scholl, executive director of Progress Virginia. She said most Virginians agree that a woman who has decided to terminate a pregnancy should have access to safe and affordable abortion services.

“The activism we saw today at the state Capitol is a clear sign that women care deeply about threats to their reproductive freedom,” said Tarina Keene, executive director of NARAL Pro-Choice Virginia. “In voting to defund Planned Parenthood, legislators are subverting the will of the people and endangering health and the lives of thousands of Virginia women for purely ideological and political reasons. It’s shameful.”

Cline introduced an identical bill in the 2016 legislative session. It passed both the House and the Senate but was vetoed by Gov. Terry McAuliffe. An attempt to override the veto in the House fell one vote short.

That means the state would cut off funds for organizations that offer abortions that are not eligible for matching funds under Medicaid. This would include any abortion outside of cases of rape, incest or “gross fetal anomalies.” The bill would not apply to licensed hospitals.

The legislation is part of a nationwide effort by Republicans to defund Planned Parenthood. They have pushed for similar measures in other state capitals and in Congress.

The bill will next go to the Senate for consideration.

Here is how the House voted Tuesday on HB 2264 (“Department of Health; restrictions on expenditure of funds related to abortions and family planning”).