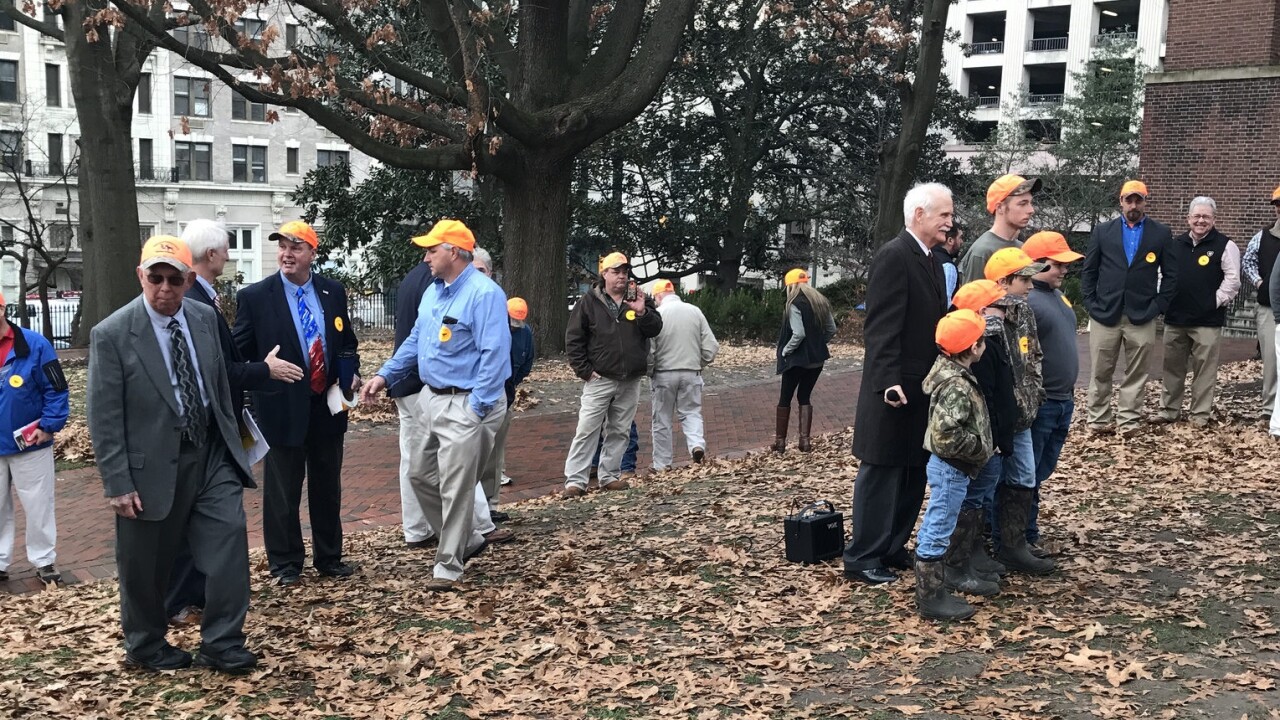 RICHMOND – A bill to impose fines on hunters whose dogs entered private property was killed on the House floor by a one-vote margin Monday.

HB 1900, introduced by House Speaker William Howell, R-Fredericksburg, would have fined hunters up to $100 for a first offense and up to $250 for a second offense if their dogs trespassed on private property.

For the fines to apply, landowners would have to either post signs to keep dogs out or inform the hunter in writing to keep dogs off their property.

“I feel this bill would unproportionally punish people for the actions of a few,” said Del. Thomas C Wright Jr., R-Lunenburg, during a floor debate. He said the bill would hurt local economies and impede the culture of Virginia.

“Presently, landowners all over Virginia have no recourse to protect themselves when the dogs’ running unduly burdens the owner’s use of the property,” Massie said.

The bill failed on a 48-47 vote on its third reading on the House floor. Approval would have sent it to the state Senate, where a dog-related hunting bill died in committee last week.

During the debate, the bill’s opponents raised concerns over the effect of the law on pets and the potential for civil unrest.

The bill was amended on the floor so it would not apply to localities west of the Blue Ridge Mountains, where deer hunting with dogs is already illegal. However, hunters can hunt other game with hounds.

“If this is a property rights bill, then why does it not apply to the west of the Blue Ridge?” Wright asked. “It’s more and more being described as a bill against hunters who happen to hunt deer with hounds.”

Rob Nicholson, a Virginia Beach landowner who supported the bill, said he couldn’t bring his dogs to his farm during rifle-hunting season and was worried about his 18-month-old daughter because “every single day, the dogs ran through my farm.” Nicholson hunts on his property without using dogs.

“Why in the world would someone say we’re trying to take away your ability to hunt when we’re just saying, ‘Please keep your dogs off our property’?” Nicholson asked.

Kirby Burch, CEO of the Virginia Hunting Dog Alliance, defended the current law’s provision allowing hunters the right to retrieve a dog that has crossed a property line.

If a hunting dog strays onto another person’s property, the hunter has the “right to retrieve” the animal, even if the hunter has been previously asked not to trespass.

“The right to retrieve law is an unconstitutional law,” said Donald Wright, a landowner and hunter in the Virgilina community in Halifax County. Wright, who supported the bill, said it would have restored his property rights.

Under the current law, which will remain in effect, it’s a misdemeanor to intentionally release dogs on another person’s land to hunt without the consent of the landowner. However, if a dog is found on another’s property, there usually is not enough evidence to prove the intentional release of that dog.