Whale washes up along Eastern Shore 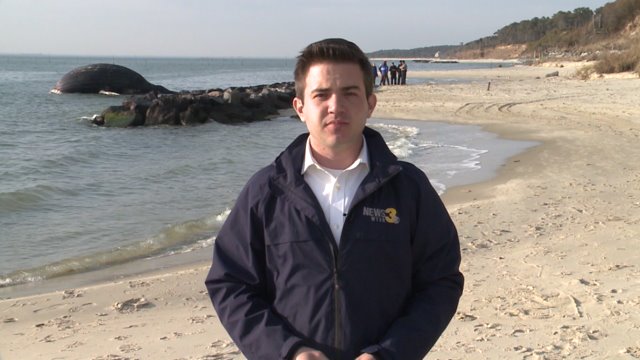 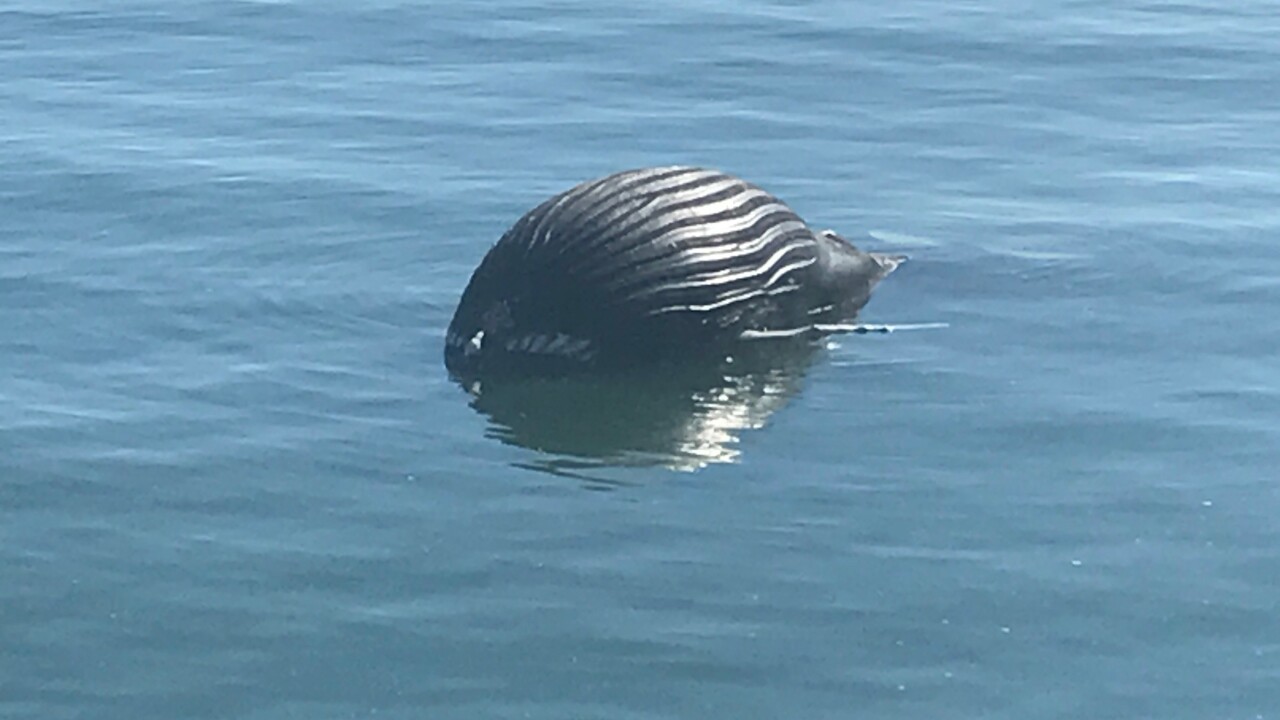 EASTERN SHORE, Va. - A whale washed up along the Eastern Shore on on Tuesday. It marks the second time in a week a whale has been found dead in local waters.

It's not clear how the whale died, but it washed up near several people's backyards. Clelia Sheppard woke up and saw it. It was the first thing she saw this morning when she opened her eyes. "I had to close them again and then open them again because there it was. It was this big huge lump in the water," she said.

Passerbys had spotted the whale near the Chesapeake Bay Bridge Tunnel on Monday.

A stranding response team is responding to investigate the whale's death.

Last week, crews discovered a dead Humpback whale near the HRBT. The whale was towed to Craney Island in Portsmouth, where a necropsy was performed. Preliminary findings show the whale was killed by a propeller. Testing is still being done to confirm the findings, according to Matt Klepeisz, the aquarium spokesman.

The whale spotted near the CBBT is believed to be around 30-feet long, which is in line with the type of animal that's found around Hampton Roads this time of year, said a spokesperson for the Aquarium.