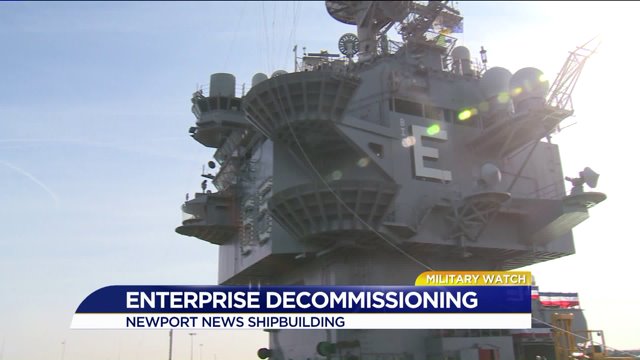 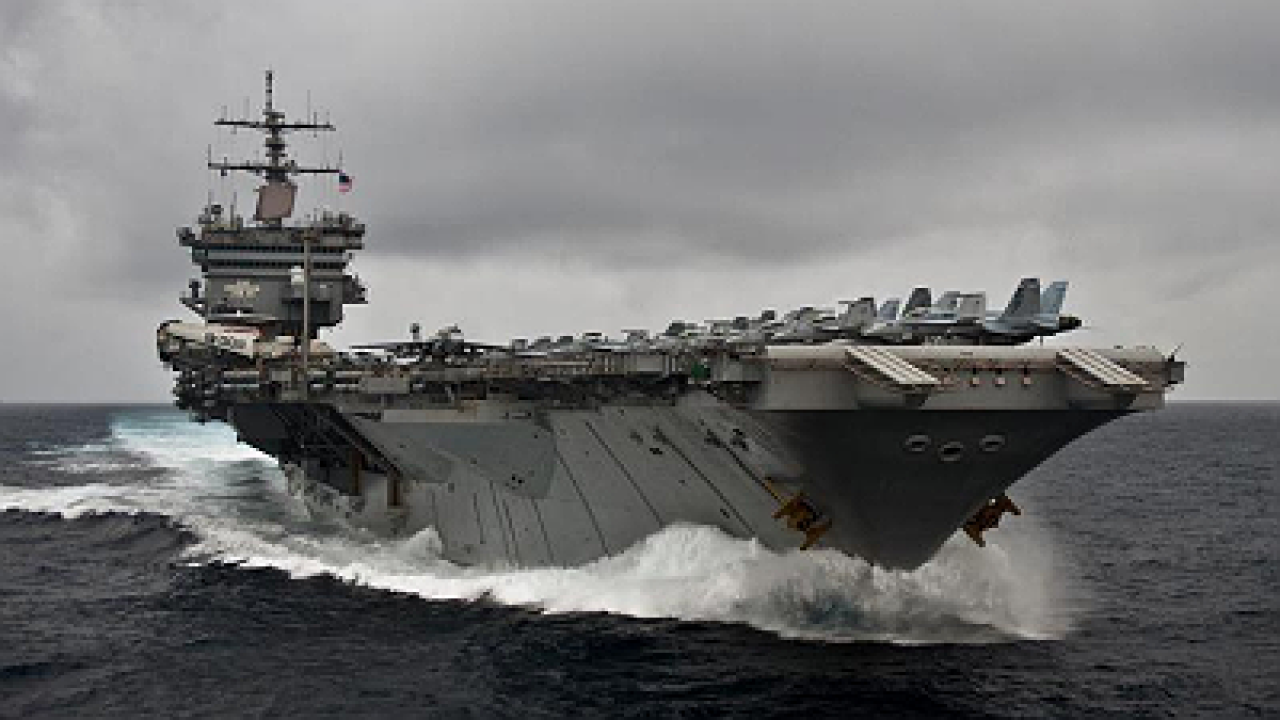 The Enterprise, nicknamed the Big 'E,' was the world's first nuclear-powered aircraft carrier when she was commissioned November 25, 1961.

During the decommissioning ceremony Friday, shipbuilders who helped construct the Enterprise, along with original crew members and current crew members gathered in what was described by many as a "bittersweet" day.

"The Sailors and the experiences that I have shared on her decks, the deployments have molded me into the Sailor that I’ve become today," EMNC Ryan Kuhn told News 3's Todd Corillo Friday.

The first, and only, ship of its class, the now former USS Enterprise was the world's first nuclear powered aircraft carrier. At the time, the Enterprise was also the longest ship in the world, at more than 1,100 feet.

With deployments to the Mediterranean Sea, Pacific Ocean and the Middle East, Enterprise served in nearly every major conflict to take place during her history.

From the Cuban Missile Crisis in 1962, to six deployments in support of the Vietnam conflict, through the Cold War and the Gulf Wars, Enterprise served nobly.

In September 1974, the Big 'E' became the first carrier to deploy the F-14 Tomcat, which would remain the preeminent Navy fighter jet for years to come.

On September 11, 2001, Enterprise aborted her transit home from a long deployment after the terrorist attacks, and traveled overnight to the North Arabian Sea. Big 'E' once again took her place in history when she launched the first strikes in direct support of Operation Enduring Freedom.

CVN 65 was the eighth ship to bear the name Enterprise and the name will live on, with CVN 80, which will also be built at the Newport News Shipyard.

Steel from CVN 65 will also be used to build the next Enterprise.

Photos: Reunion and memorial service aboard the USS Enterprise