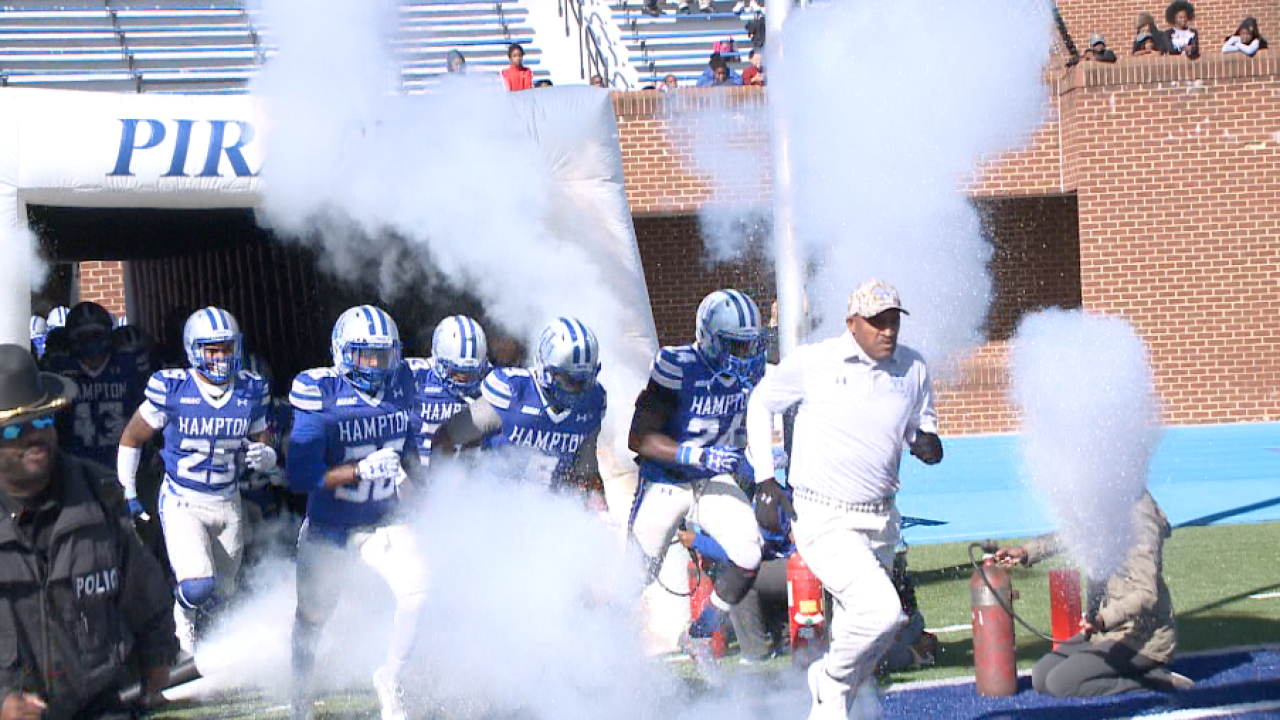 Hampton comes out of the tunnel.

Hampton comes out of the tunnel.

HAMPTON, Va. – Hampton University head football coach Connell Maynor, who is heading into his fourth season, announced the Pirates’ 2017 signing class, 13 players in all, on Wednesday as part of National Signing Day.

“We’re pleased with the players we’ve been able to bring in,” Maynor said. “I know some might look at this class and see that we didn’t bring in that many, but we brought in some guys we feel like can come in and play right away, and we addressed some needs. This class also gives us the flexibility to sign more players at a later date if we need to.”
Roman Bond (6-2, 240, DT, Norfolk, Va./Lake Taylor HS): Clocked at running the 40-yard dash in 4.9 and the shuttle in 4.8. Played on the defensive line in one of Hampton Roads’ most successful programs in Lake Taylor.

Isaiah Huff (5-9, 170, CB, New Berlin, N.Y./Milford Academy): Played on both sides of the ball in high school, suiting up at both wide receiver and corner.

Ian Newton (6-2, 290, DT, Cocoa, Fla./Cocoa HS): Dominant inside player on the State Champion Tigers Coached by John Wilkinson. He played defensive tackle for most of his career, but moved to offensive tackle in middle of the season to help the team.

Jarrett Powell (6-4, 235, TE, Woodbridge, Va./Hylton HS): Drew interest from several teams at both the FCS and FBS levels before signing with Hampton over Alcorn State, Kentucky Christian and VMI.

William Robinson (5-10, 205, RB, Smithfield, Va./Smithfield HS): Helped Smithfield advance to the Group 4A playoffs this past season. He also starred on the Smithfield track & field team as a sprinter and long jumper.

Justin Scott (6-1, 300, DT, Chicago, Ill./Northland Tech): Expected to give the Pirates some size along the defensive front.