A “Super” trip to Texas 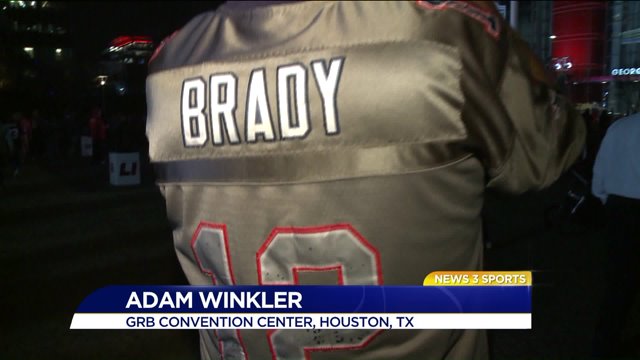 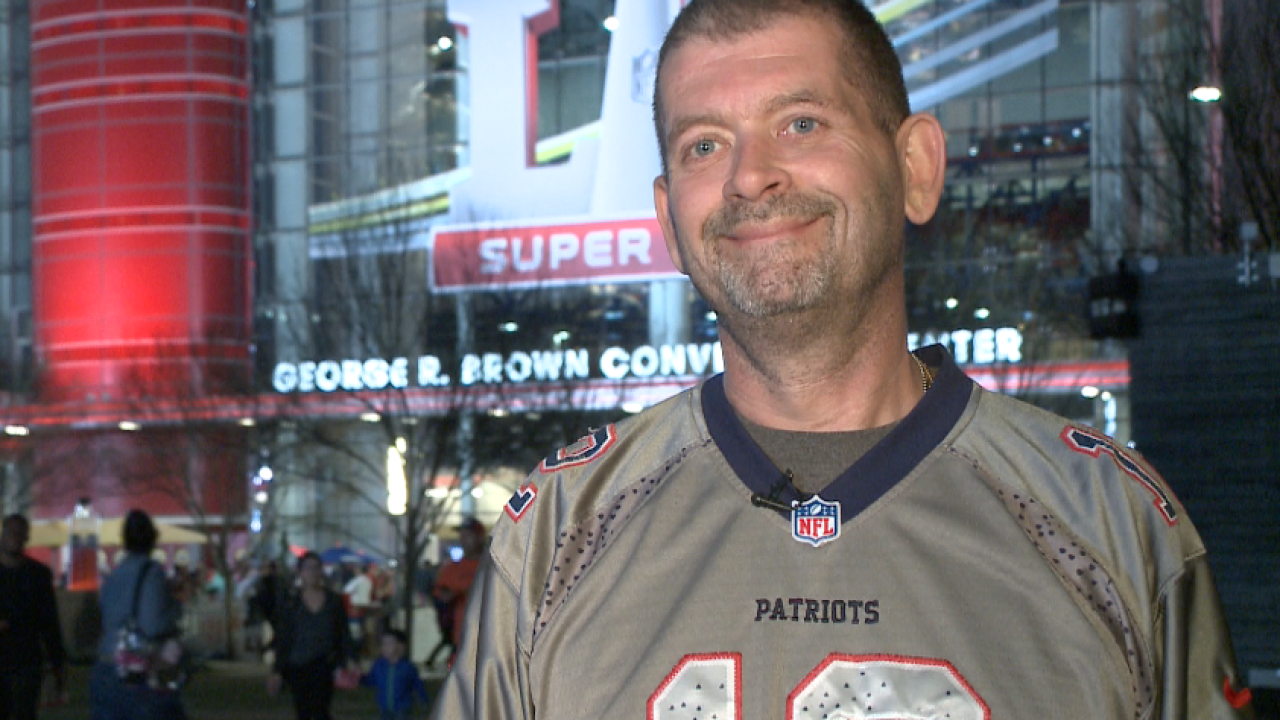 HOUSTON, Texas - On their run through the AFC Playoffs, the Patriots played a pair of home games. Toby McGovern's road to Super Bowl 51 covered much more ground.

"I've slept for approximately four and a half hours total," McGovern said.

Even though his truck wouldn't start Monday, the Navy veteran left Virginia Beach at 11:30am Wednesday. He and his rental car arrived in Houston just before 5:00pm Thursday.

"Tired, sore, hungry," McGovern said when asked how he felt after the trip.

If the 1300-plus mile trip doesn't tell you enough about Toby's fandom, his arm does.

"It has room for five trophies, not four - but five," Toby said as he extended his arm to display a large Patriots tattoo.

But it's another piece of art that compelled McGovern to make the trip. A limited edition jersey from 2004. It's half Red Sox, half Patriots - both champions that year. And where did the Pats win their '04 title? Right here in Houston.

Toby says coming back for Super Bowl 51, and bringing the jersey, is a perfect fit. But he hopes to head home with more than just a world title.

"I'd like to get (team owner) Robert Kraft, Tom Brady, Bill Belichick and (former linebacker) Willie McGinest to sign the jersey," McGovern explained.

Of course, that won't be easy. But then again, neither were his 30 hours on the road.

McGovern says he'd like to be at Murphy's Irish Pub, the Pats bar in Virginia Beach, to watch Sunday's Super Bowl - but he won't be back in time. He says he'll just have to make it to Murphy's to watch New England's Super Bowl victory parade.